I have been enjoying working with polymer clay and introducing more friends to this versatile medium.  Below is Angie's first attempt at pendants and earrings using just black and white clay.  She made spiral canes, flower canes, extruded canes and then did the Sutton Slice (on the teardrop shapes)  I think she may be hooked now! 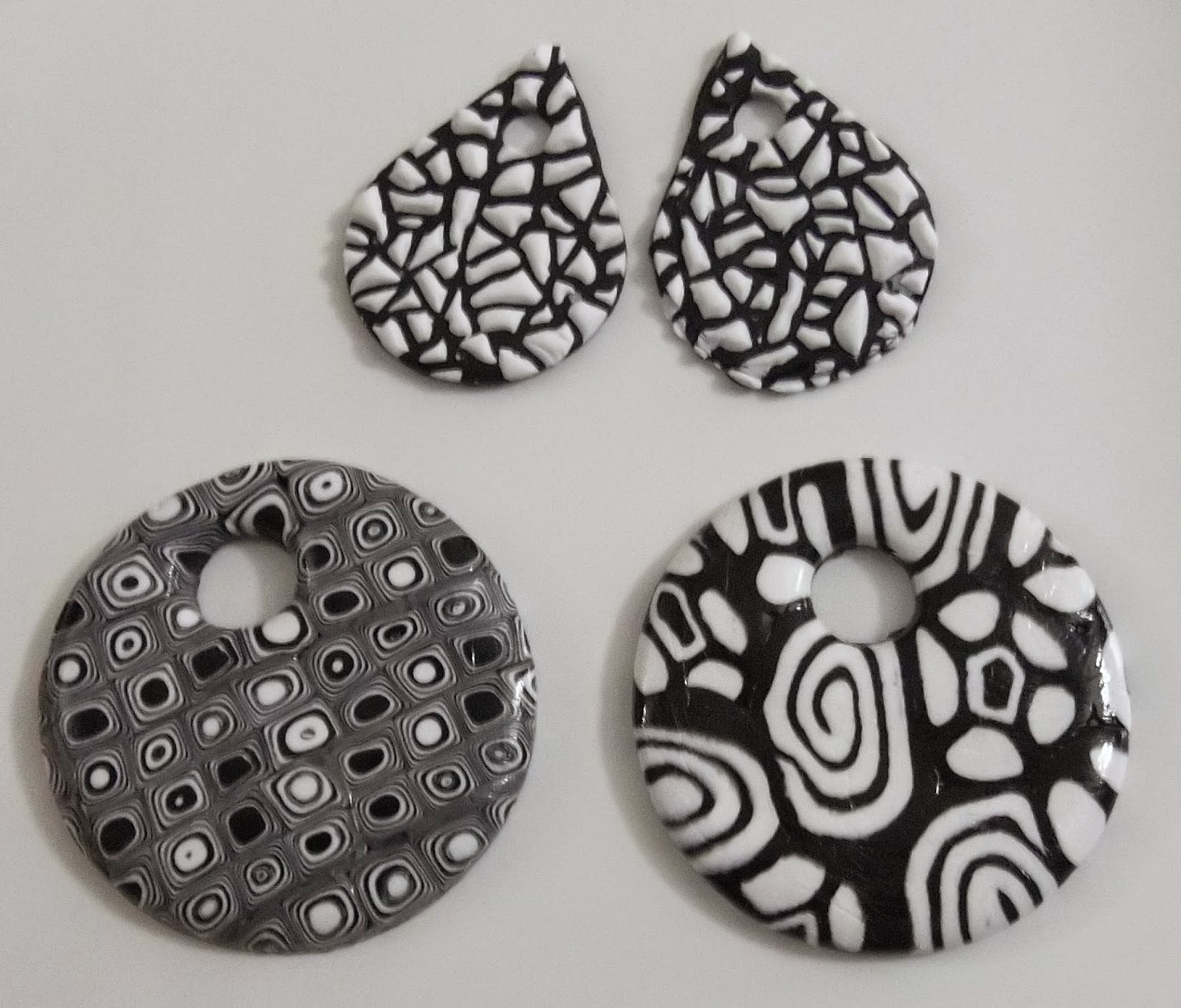 My friend Rachael has discovered what she described as 'her thing' - Kawaii creatures - which means 'cute' in Japanese, I think!  She started off making a dragon (and made me one too) and then made a gingerbread man and reindeer.  They are indeed very cute! 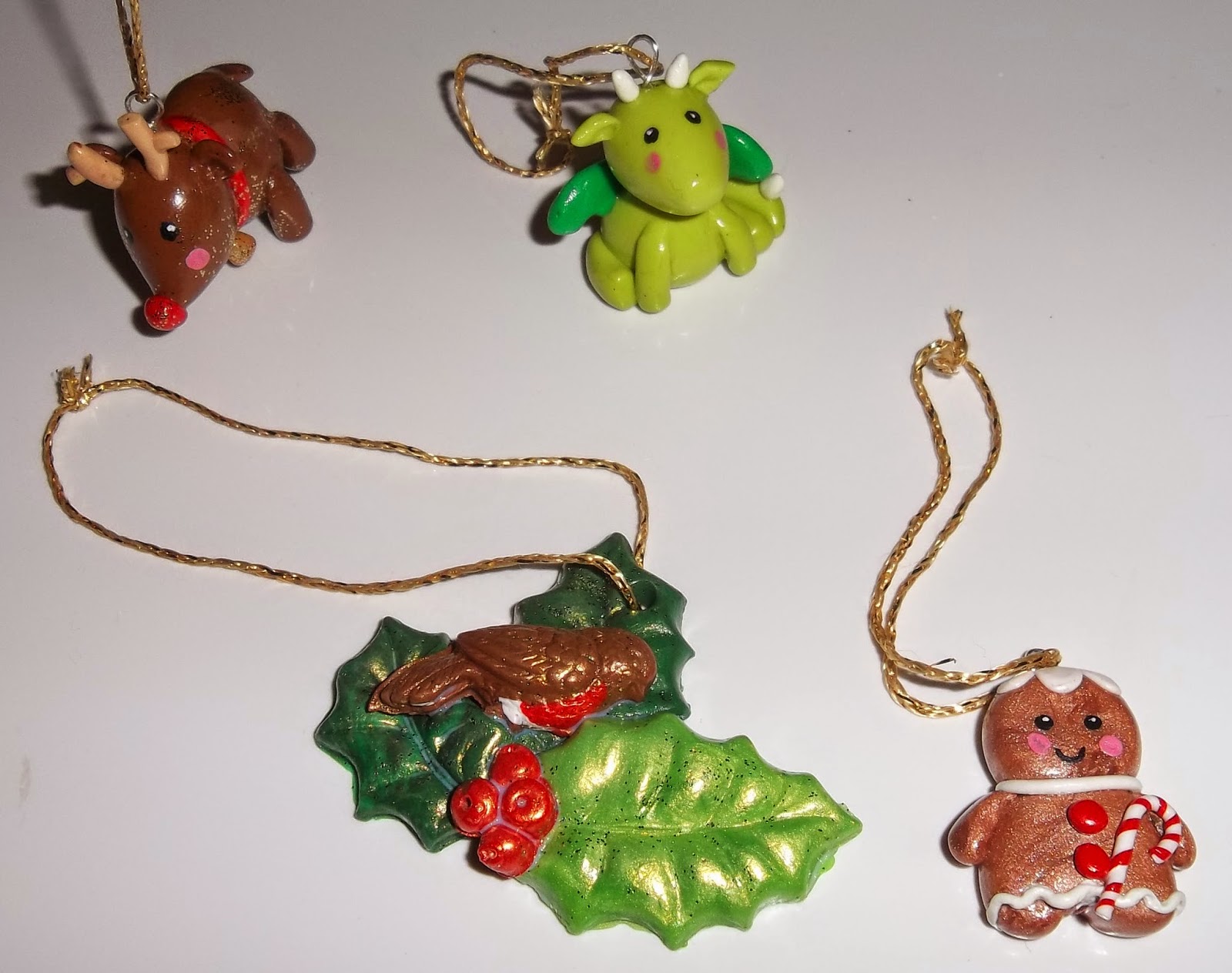 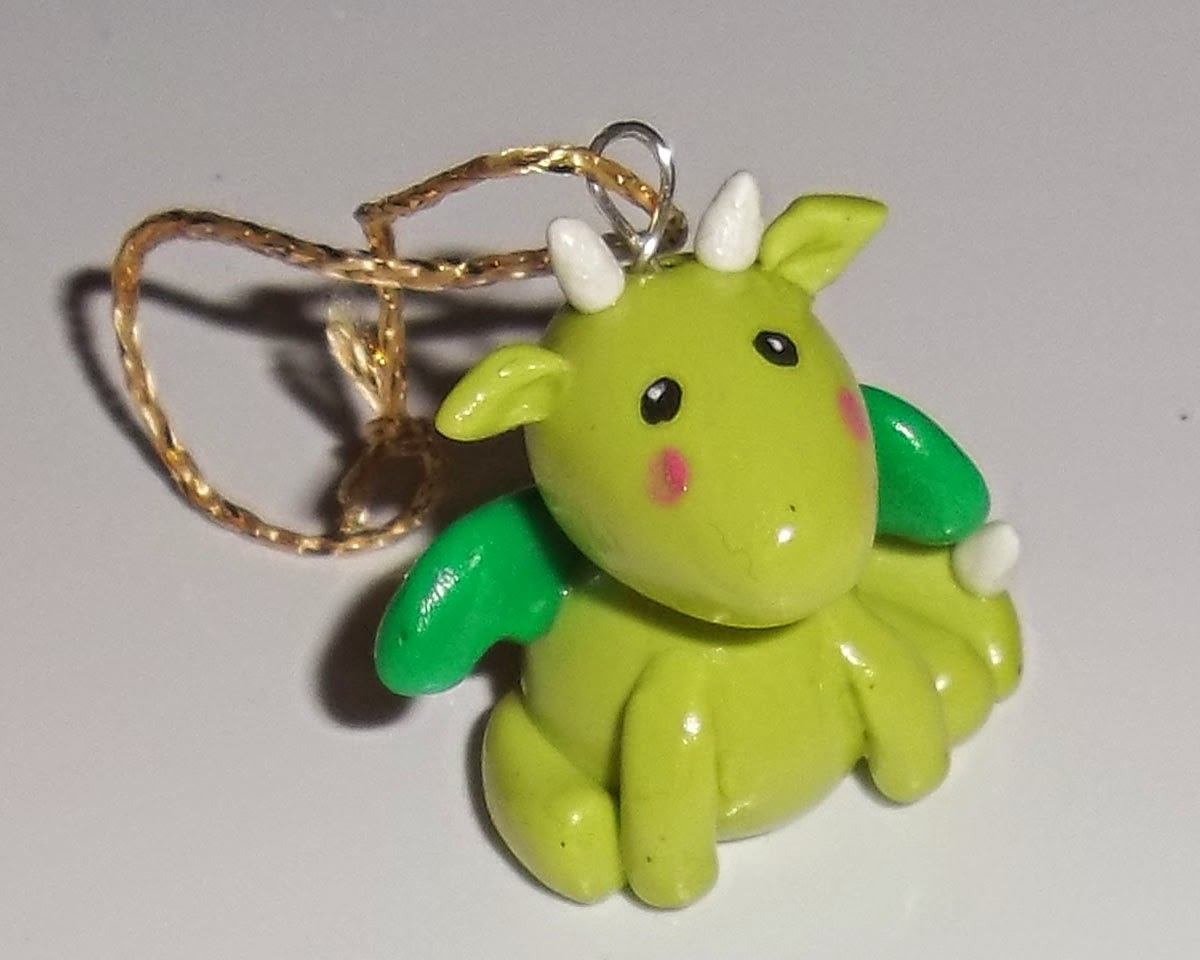 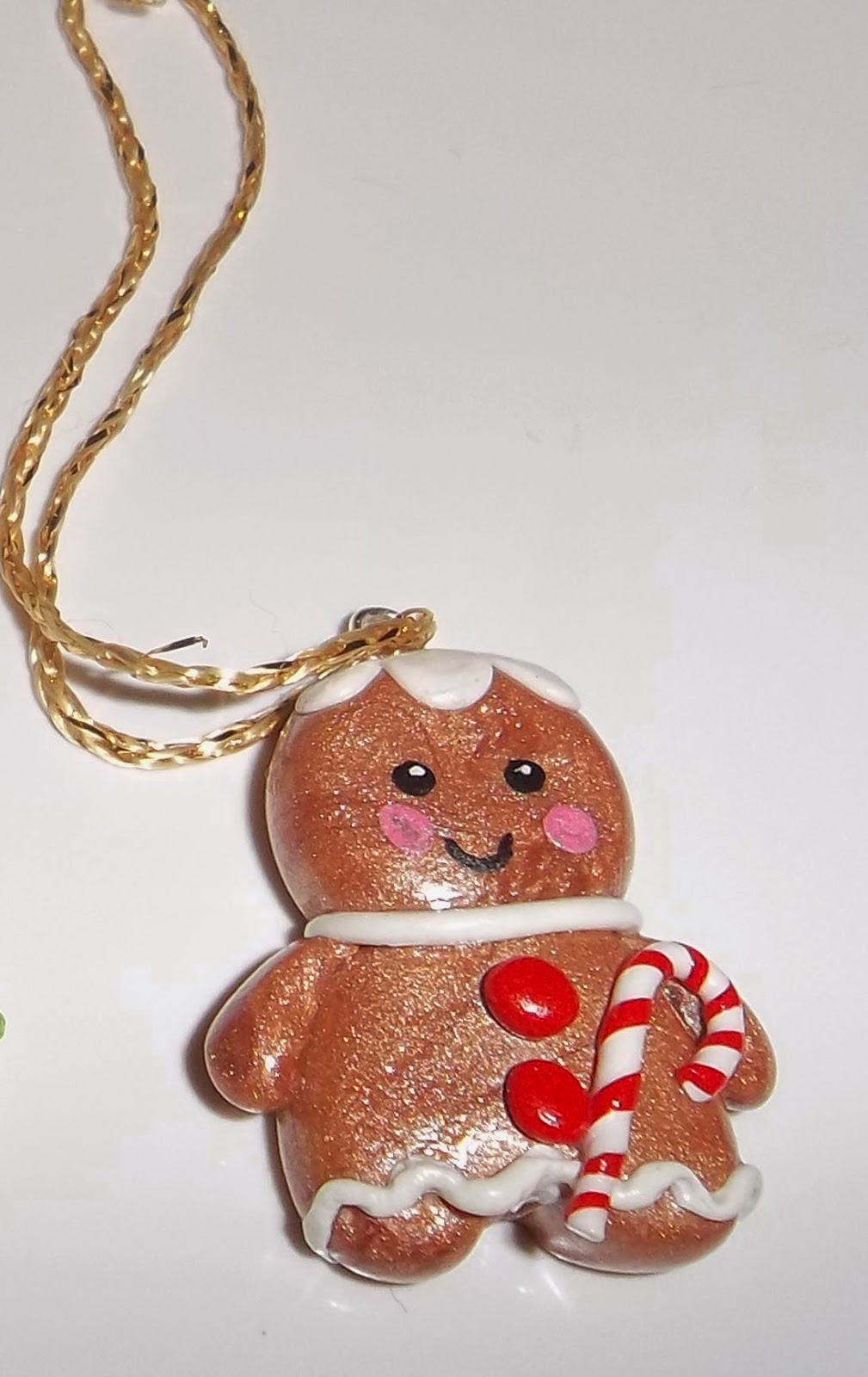 ...and the (rather nose-heavy) reindeer, who needed a bit of support to stay upright! 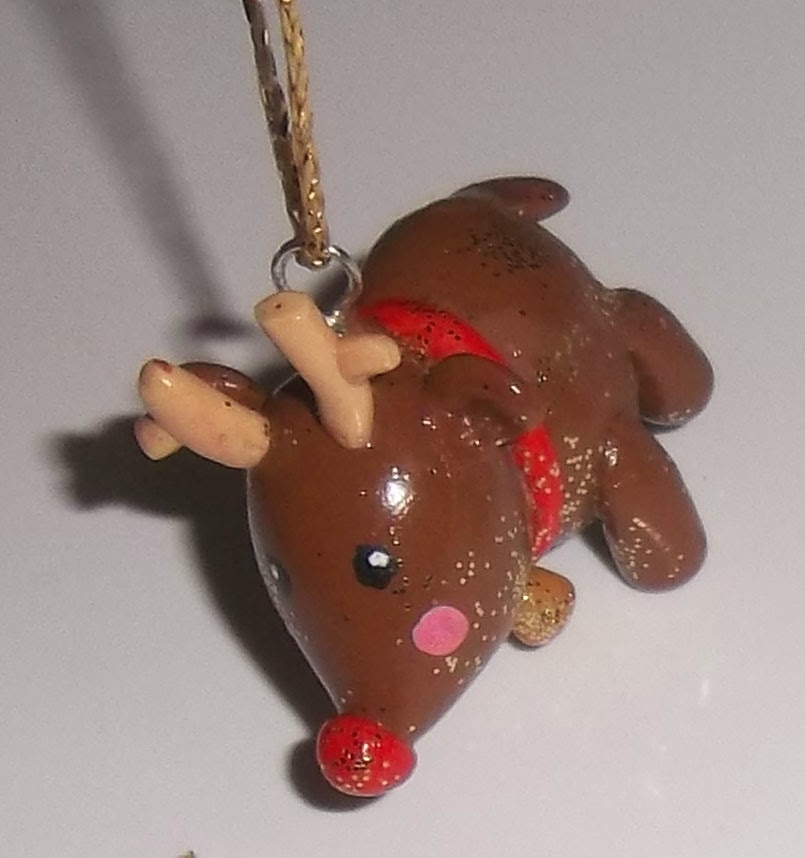 She was delighted with these little creations and then tried out a new mould which I had just got the previous day. 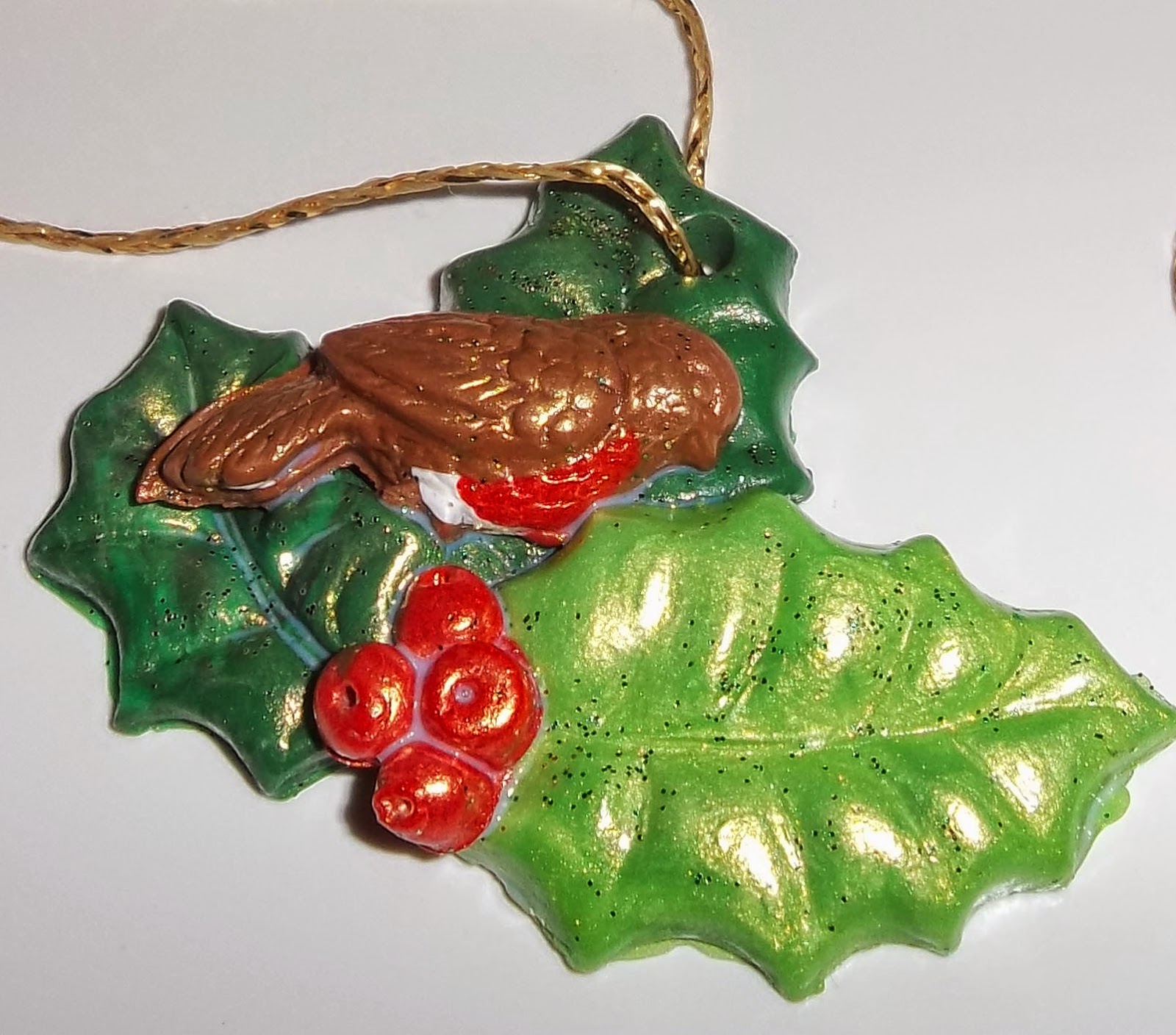 I think it worked beautifully!
So, what have I been making?  Well, I absolutely love using the silk screen kit and have made two pieces into pendants with tassels. 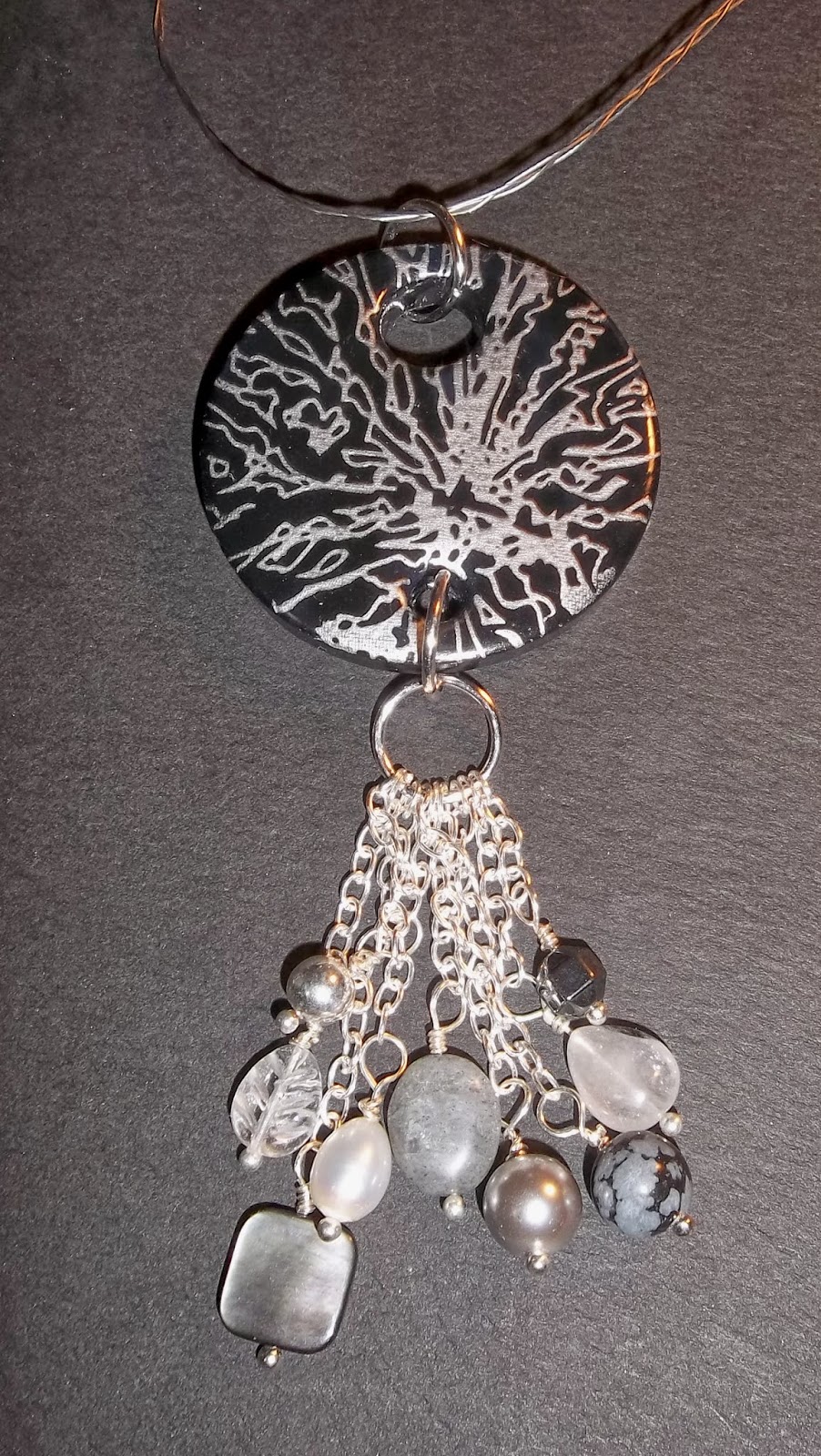 I call this the 'Frankenstein' pendant because the pattern reminds me of lightning and electricity and I chose gemstones which had the same shine and colours including snowflake obsidian, shell, pearls and quartz. 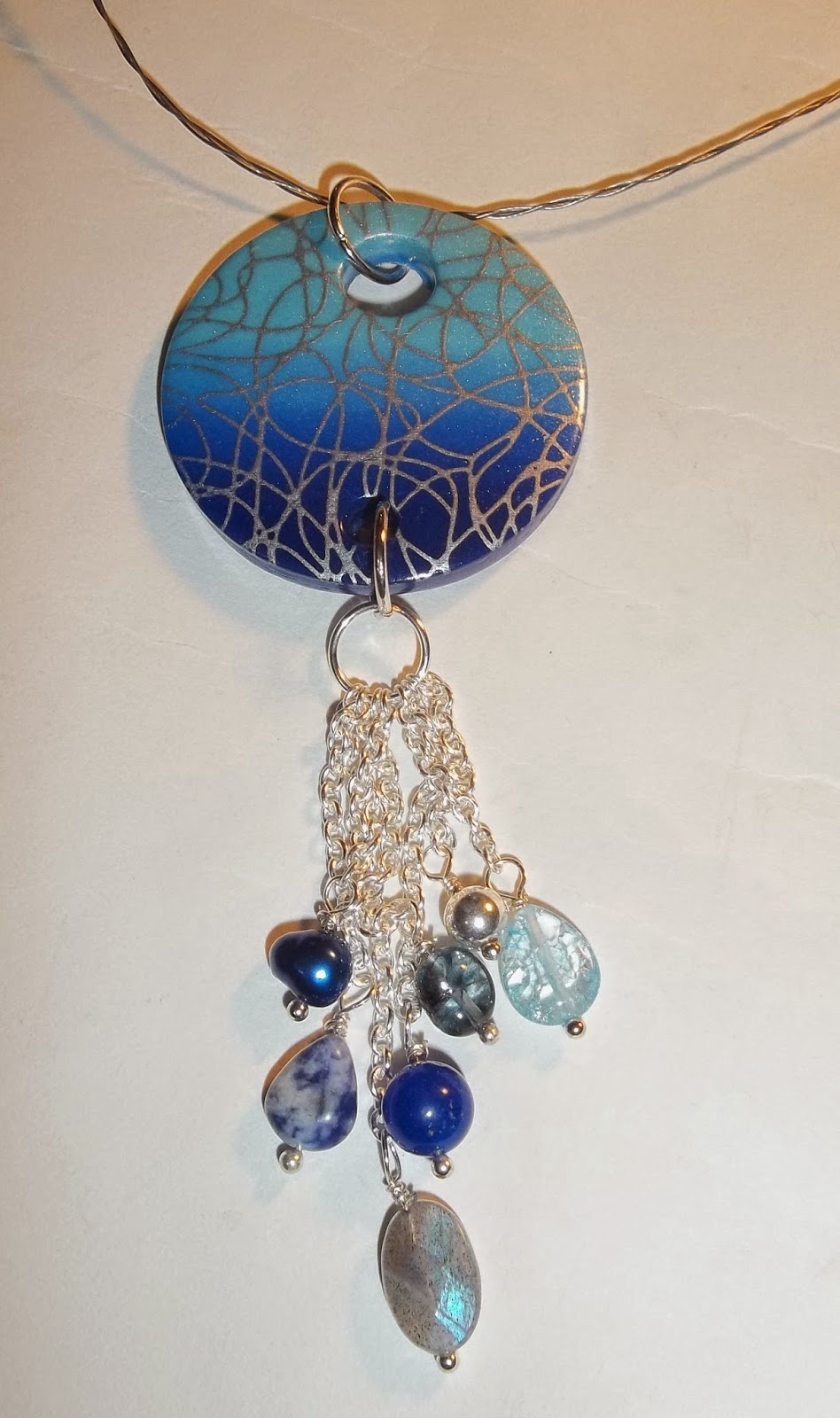 The other one I made has a range of blue gemstones including pearls, sodalite, blue quartz and labradorite.  I love the blue colour on the labradorite which is at the bottom of the tassel (the correct term is labradorescence!)  Chris suggested using cord to hang them on and I agree, as the plaited beading thread just didn't look quite right.  I wore the blue one at work on Friday and got several compliments, which was really nice.