More resilience in the garden I forgot about... 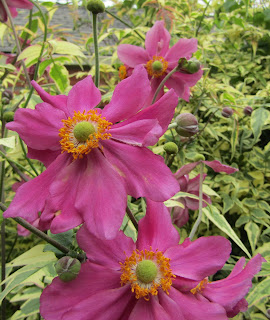 In my round up off plants which have survived well during the summer, I totally forgot to mention these.  They are Japanese anemone Bressingham Glow and just behind you can see the lovely variegated jasmine, Jasminium officinale Argentovariegatum/Variegatum. This plant rarely gets a mention but has been a stalwart of the border for many years and flowered beautifully this year. 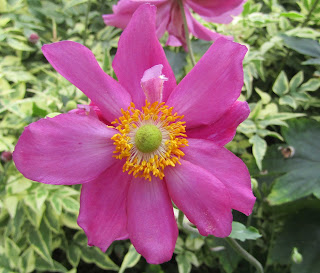 These plants got no extra water at all and are in a sunny, south facing, dry raised border. 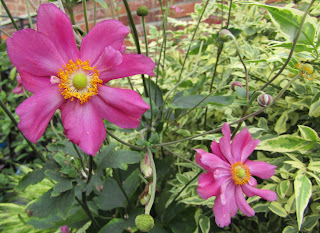 A very colourful combination to enjoy!

Resilience in the garden 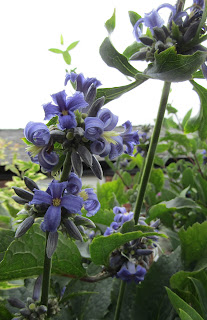 This summer has certainly thrown some interesting weather our way, with drought conditions and extreme temperatures (for the UK) up to 40 degrees centigrade.  I have been reviewing the garden to see what has shown resilience.  Above is Clematis heracleifolia New Love which is in a south facing border and which had no extra water.  It is shaded by a jasmine and winter flowering honeysuckle and it is flowering away happily. 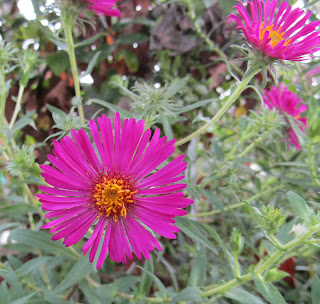 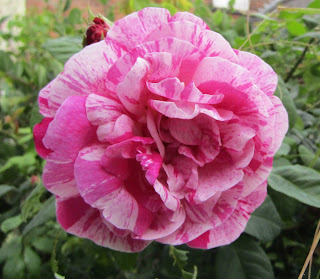 Rose Ferdinand Pichard is having a second flush of flowers. 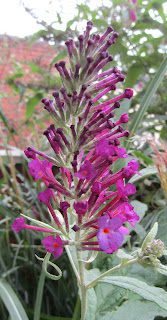 Buddleia has done well, but it is a survivor. 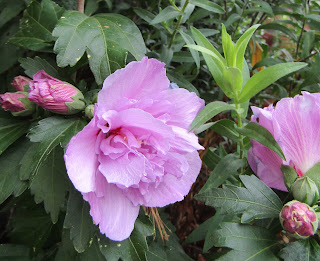 What surprised me was the hibiscus.  Both have done very well indeed - this is the smaller triple coloured one I have. It is only young and I think has only been in the border for two years.  It has has one bottle of water stuck next to it when it got really hot. Above is the pink flower... 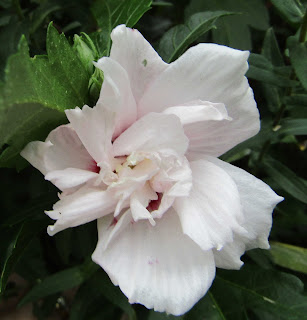 ...and here is the white/pink. 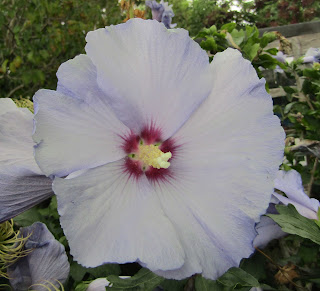 Here is hibiscus syriacus Oiseau blue, still in flower and having had no extra water.

The miscanthus grasses are a little shorter than usual, but have done well. 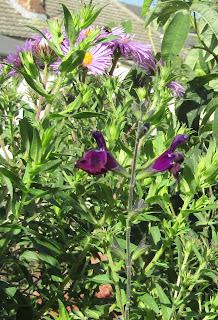 This salvia 'Nachtvlinder' has also done well and has been flowering for a couple of months now. 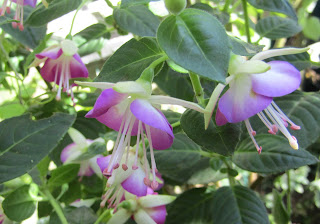 Finally, this fuchsia, Thamar, which is in a pot but which has been reliably perennial for quite a few years. It has had an occasional watering, but hasn't had a lot of care lavished on it; however, it has rewarded me with these pretty flowers.
So, what have I learnt?  Shrubs have managed well.  They have longer roots so that they can reach moisture further down in the soil.  Having just had to dig out a very unhappy rose which had been in the border for twenty years or so, I can attest to the power of the roots.  I would expect the grasses to manage well and Buddleia seems to be one of the toughest plants I know.
Re-evaluating my garden will be ongoing - removing some of the plants which didn't cope well and replacing them with tougher ones. I have a feeling that other people will be doing this too.  Climate change is making its presence known and we will all have to adapt.
Posted by Ellie Foster at 11:41 10 comments:

Making my own paper I recently treated myself to a paper making kit (from Stamps Away/CleverCut here in the UK here.)  I used scraps of copy paper from various printing projects and cut them down to make very small squares.  I added warm water to the scraps and mixed them up to create a pulp. The kit has a hand-held paddle to which you attach a piece of netting with clips. You then pour the watery paper pulp over it (making sure it is over a bowl or the sink) and then flip it onto some woollen material and remove the clips. You press the water out using a sponge, then carefully remove the paper from the netting and let it dry.  It is certainly easier than having a netting in a frame which you dip into a vat of paper pulp.  The paper has come out quite thick in places, but I like the rustic effect!  Above was one of my first attempts. 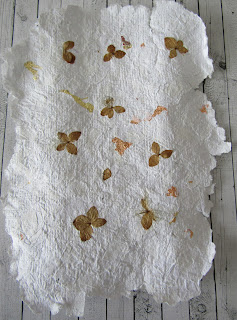 I have tried again, incorporating dried hydrangea flowers and gilding flakes.  I was pleased with this one. 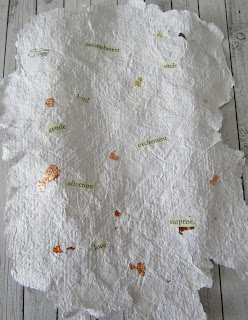 Then I added gilding flakes and words which I had cut out of a book page.  This one is my favourite so far. 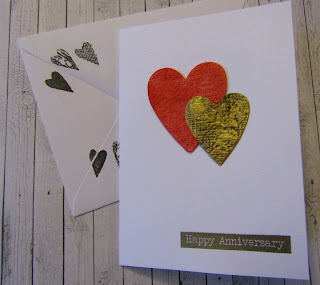 I have used some of the paper which I inked up and added some gilding polish to make an anniversary card for my sister and brother-in-law.  The texture comes through beautifully.  I am looking forward to more experiments using junk envelopes etc.  Watch this space...
Posted by Ellie Foster at 18:34 12 comments: 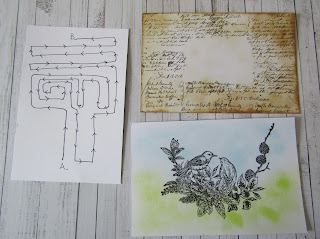 Here are the last cards from this year's challenge.  Above are: Detour; Space and Together. 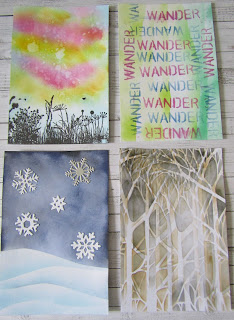 Above are: Dawn or Dusk; Wander; Snowflake and Forest. 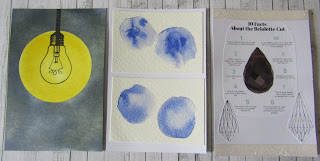 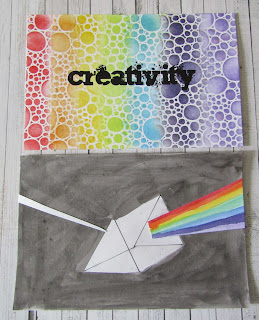 Finally there are: Happiness and Prism.  Again, I used lots of Distress inks, stamps, stencils and some watercolour for these cards.  I found some of these prompts quite tricky (as I usually do), but managed to muddle my way through and enjoyed the creative processes.
Posted by Ellie Foster at 17:34 8 comments: