Farewell to the Barons 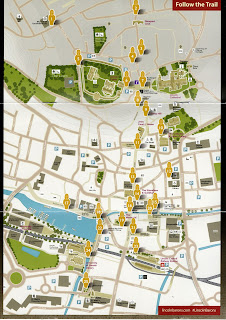 Over the summer, to celebrate the 800th anniversary of the Magna Carta, (a copy of which is in Lincoln Castle), 25 Barons invaded Lincoln.  Hull had toads, Bristol had Shaun the Sheep and Lincoln had Barons!  They were to represent the 25 Barons who forced King John to sign the Magna Carta and each was decorated.  They were then placed around the main shopping area of Lincoln and you could join the Trail and find them all. 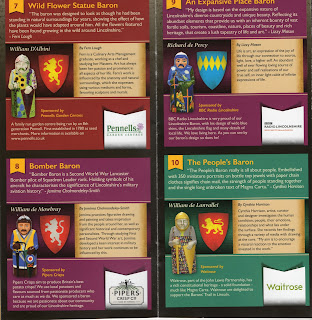 A leaflet was produced, explaining about the original Baron, the painted version, the sponsor and the artist.  They were very popular and it was rare to see one without people posing beside him.  They were yarnbombed and were also the subject of a petition to keep them after the event.  However, they were always designed to be a temporary feature, then they would be auctioned to raise money for The Trussell Trust. 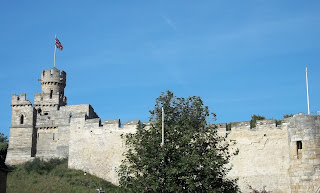 They were gathered up and taken to Lincoln Castle where they could be seen before the auction (which is on 1st October).  So, I headed up to the Castle yesterday on a gloriously sunny morning to take some photos. 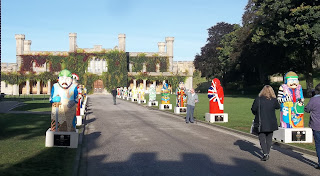 The Castle has ancient parts to it, such as the tower and walls and then Georgian and Victorian additions.  It was a prison and is now the Court.  The Court building is the one in the background, covered in a creeper. 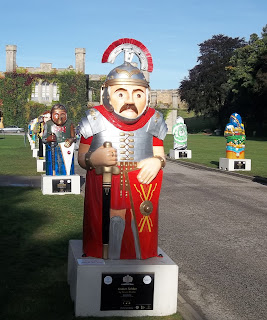 This Roman soldier Baron was one of my favourites. 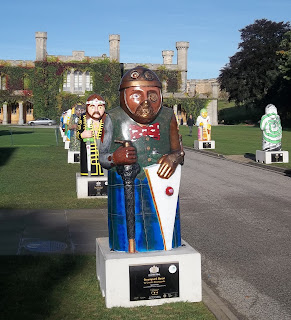 The Steampunk Baron stood outside the Assembly Rooms which is one of the hosts for the annual Steampunk Festival. 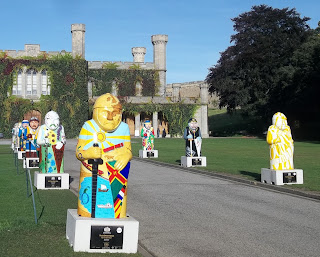 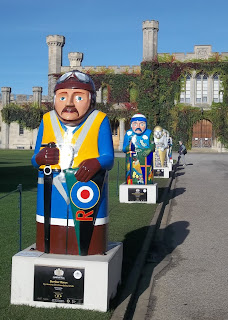 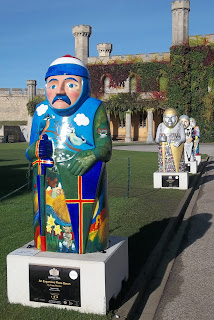 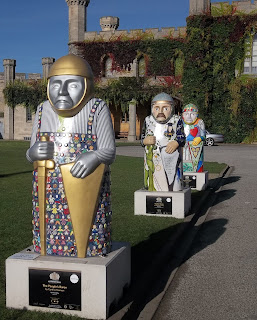 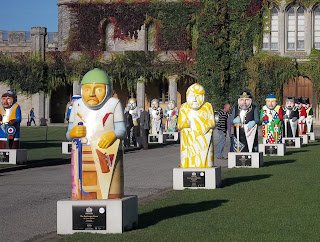 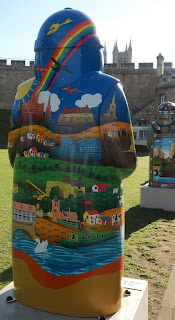 I also liked this Baron with the Lincoln landmarks. 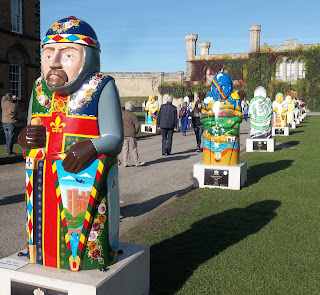 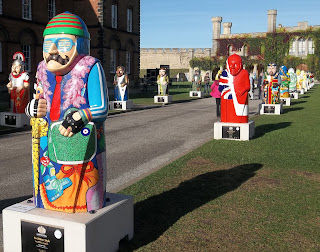 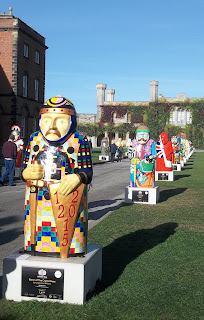 Chris and I didn't go on the trail, but  managed to see a lot of the Barons on the way to and from work and  on various shopping expeditions around the city. 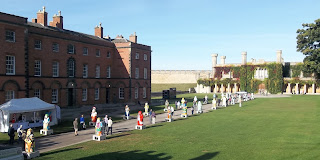 A last view of the Barons.  I hope they will raise lots of money at the auction.  They have certainly brought some colour to a rather dull summer.
Posted by Ellie Foster at 15:49