Latest reading - for my inner 'young adult' and 'adult' selves 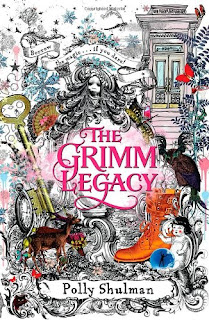 (All images taken from Amazon.co.uk)
I have been reading several 'young adult' books recently, which I have enjoyed.  My very good blog friend at Elephant's Child (I consider her such, even though we have never met and she lives in Australia, so the chances are we probably won't) often reviews books she has read and I usually have to go and search them out because they sound so intriguing.  The Grimm Legacy was my favourite of the two and I would have loved it if I had read it as a teenager too.  It's about a very special library which has magical collections and someone has been stealing items from it... 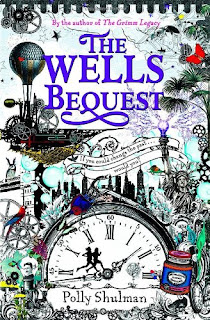 This book will need another reading, I think. Again set in the library, but all about time travel.  My unscientific brain felt a little confused in places. 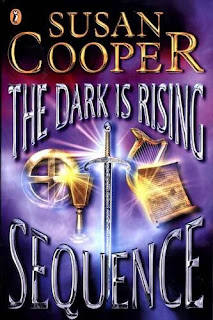 I am just starting this sequence of books, having allowed them to pass me by when I was a child/young adult.  They sound to be just my sort of books. 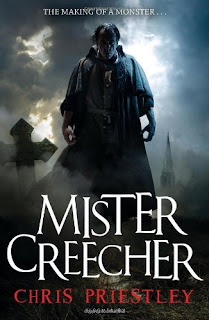 Chris noticed this one in our Uni library and it intrigued me.  I wouldn't have read it as a young adult as it would have been a  little too scary/gory for me then.  It is a re-imagined part of the story of Frankenstein and his creature, when he comes to London to work on creating a mate for the creature. Mr Creecher meets a young pickpocket called Billy and together, they follow Frankenstein.  It is very cleverly done and does fit neatly into the original story.  I felt that you would need to know a bit about the original book to really gain the most from it, but it was very accessible.  Even the look of the text gave the book an 'old' feel. 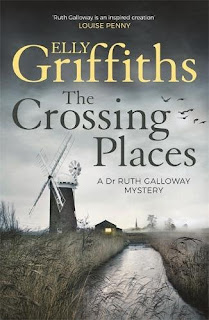 This one is for the adult reader - the start of a series (bother - I will probably have to read more...) of ten stories (so far) about the work of a forensic archaeologist in Norfolk, who is called in to look at a skeleton which turns out to be Iron Age. There were lots of red herrings and I thought that most of the characters was the murderer at some point in the book (but then I'm not very good at discovering the murderer in these types of books, so that didn't really surprise me), but it resolved itself satisfactorily. I now have the Dark is Rising sequence, as well as a couple of biographies to read (one on Mrs Keppel and her daughter Violet Trefusis and one on a female artist called Gluck.  We watched a good documentary on Gluck on BBC 4 and this has piqued my interest).  On with more reading...
Posted by Ellie Foster at 12:04