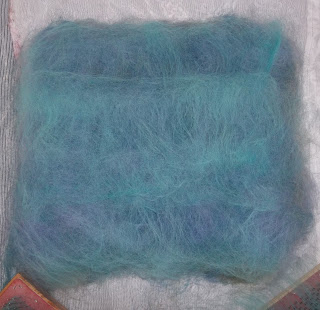 It has been about six months since I made any felt pieces and last week, I finally managed to pick up my carding combs and make something.  The photo above shows the piece in process and I really liked this combination of blues and turquoises and teals, so had to stop to take a photo. 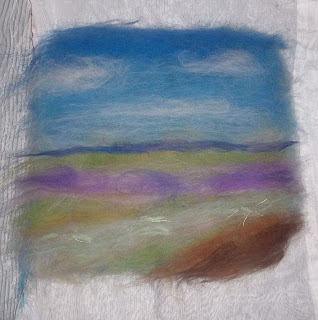 The piece was based on one I had previously made, taking my inspiration from the sea lavender on the marshes at Saltfleetby, on the Lincolnshire coast.  The original one was fine but I decided to make the colours a little deeper in this version. 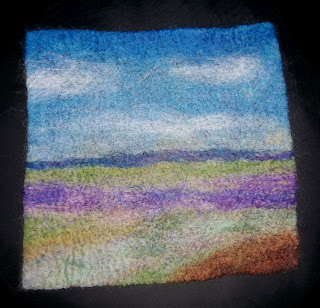 The felted piece, showing how the wool exerts its own influence.  The horizon was a bit more dramatic than I would like, but the colours have worked together well and have given the slightly impressionistic effect I was aiming for.  Now it needs to have the embroidery added, to give more definition to the sea lavender.  That's the next job.
Posted by Ellie Foster at 15:21