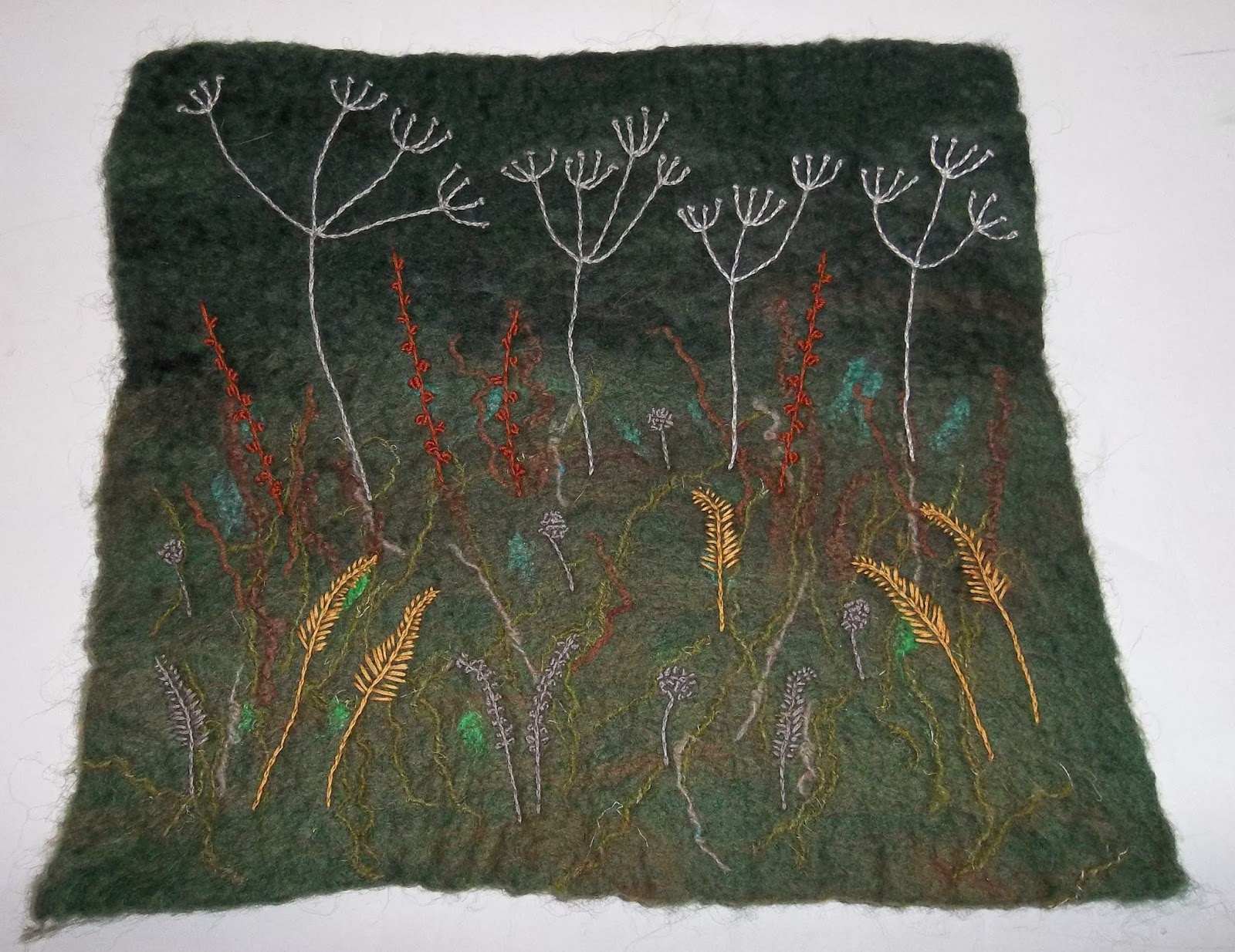 Yes, time has run away with me again and it isn't Sunday, it's Monday!  Still, better late than never to post my progress so far.  I did spend a fair proportion of the day embroidering yesterday and I really enjoyed the luxury of being able to do that.  As you can see, I have been working on the foreground and adding in some grasses as well as dandelion-type seed heads and other little bits and pieces. 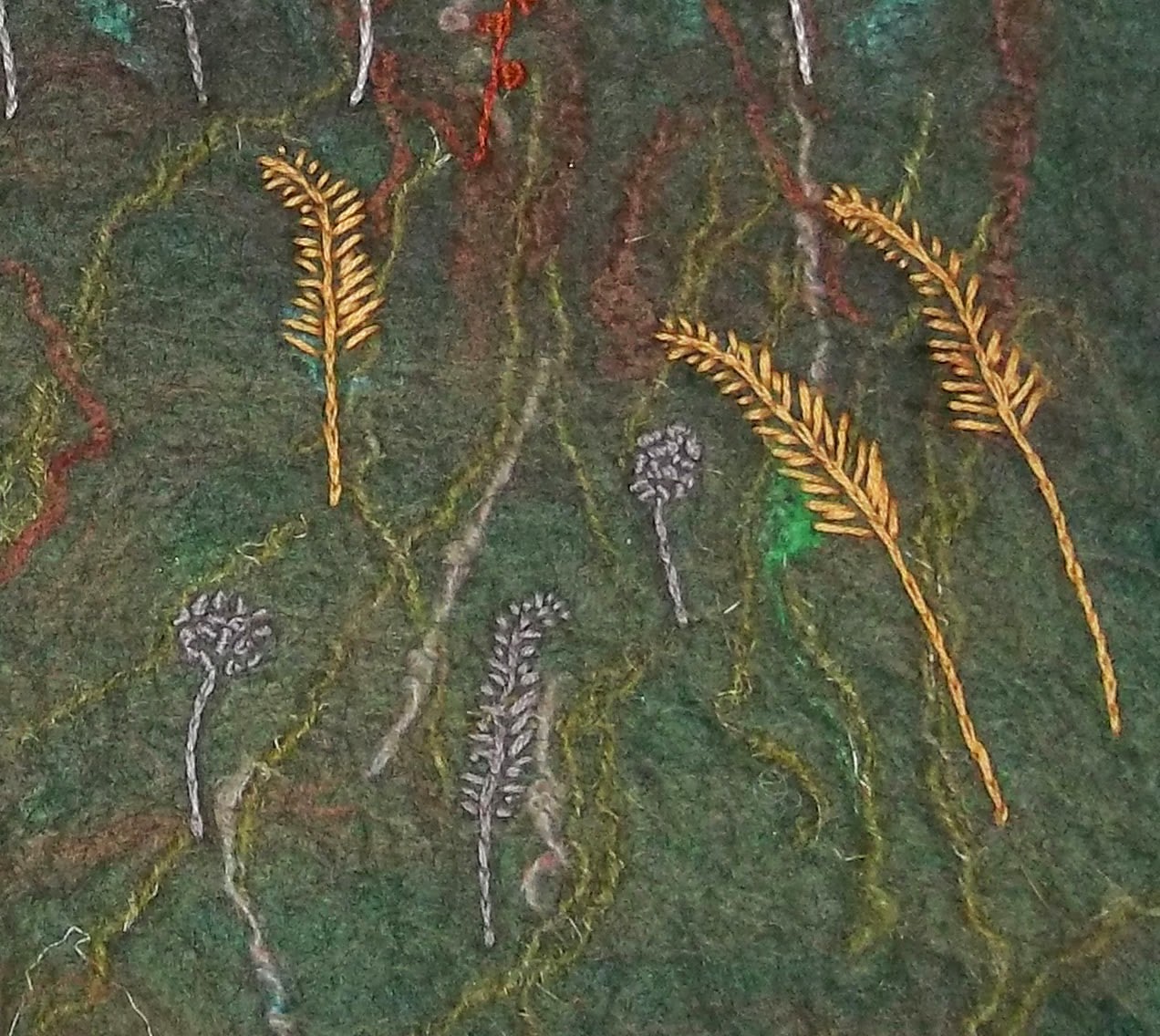 The dandelion-type seed heads caused me a fair bit of frustration because, try as I might, I just couldn't get them to look how I wanted them to.  I tried seed stitches and then star stitch, which just looked like a star, rather than a plant (the clue is in the name, Ellie!)  So, I decided to make the seed heads out of french knots instead and I am happier with these, even if they don't have the fluffiness of a real dandelion. They have become a generic seed head, rather than anything identifiable.

I also added in a couple of things at the front, again making use of french knots. 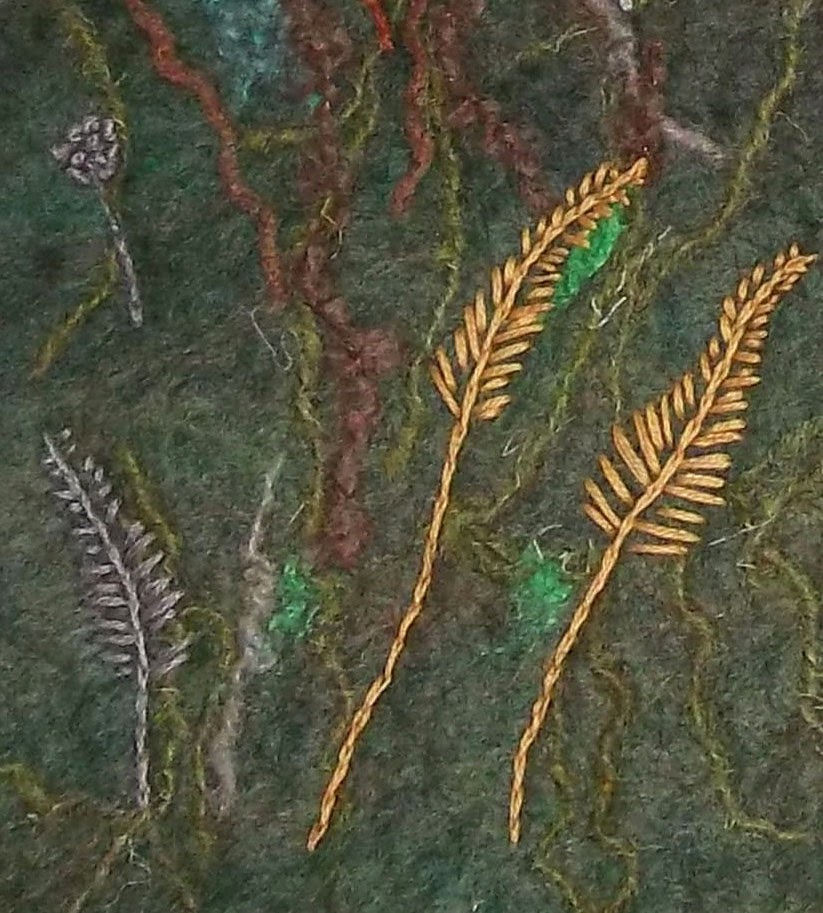 I am pleased with the feathery grasses as I just stitched in an informal way, with no real prior practising.  I think it is all coming together now.  The next thing will be to add in lots of blades of grass in different colours, to make the plants look as though they are growing through something.  I think the end may be in sight, at long last. (I have other projects that I really would like to start; the most pressing being winter decorations for the seasonal tree!)
Posted by Ellie Foster at 13:02