Stitching Sunday is here again and I have finished my bird and snowflake decorations at last... 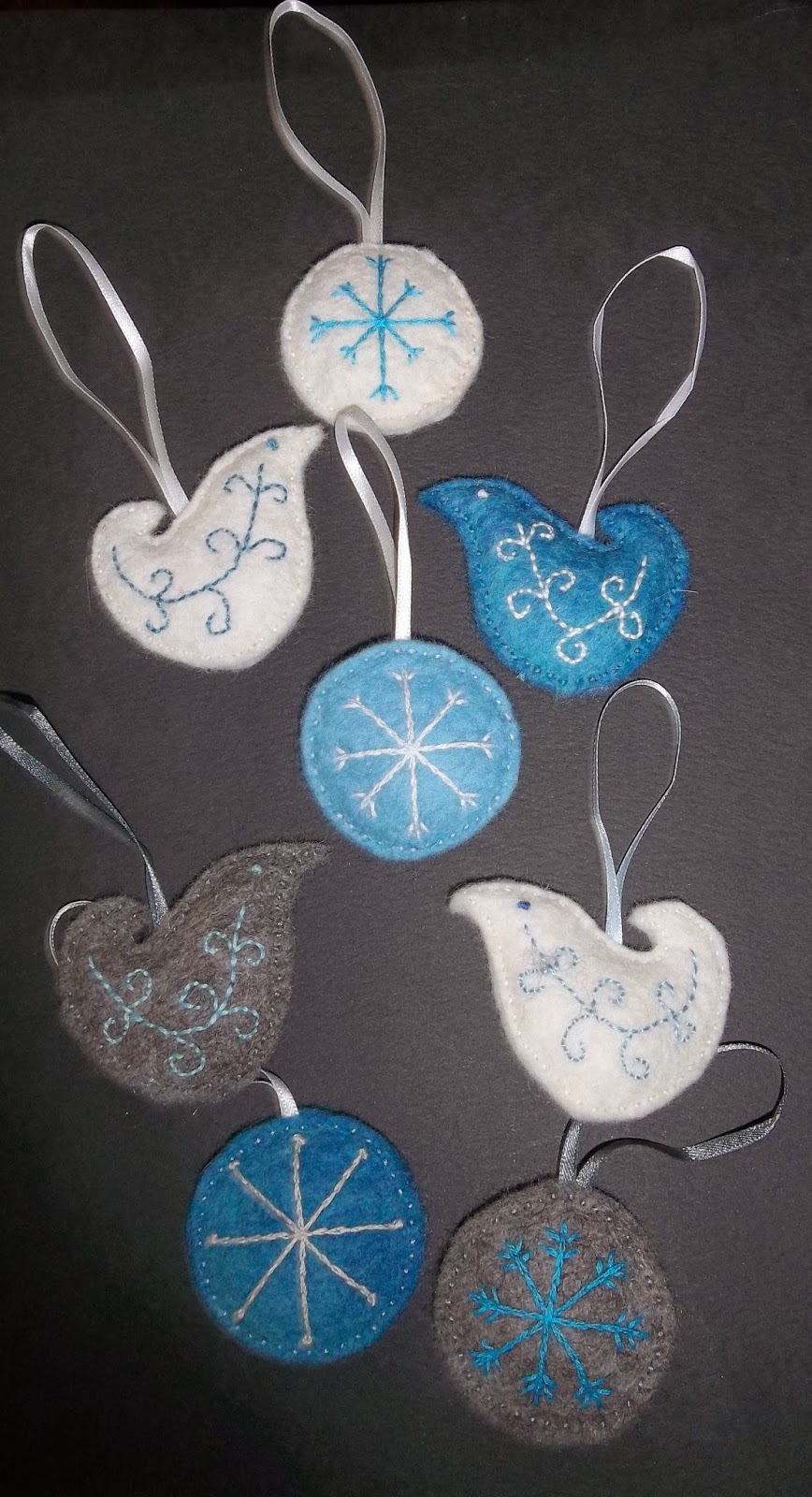 Here they all are and I am pleased with the way they have turned out, although there was one alteration along the way.  I originally made this bird shape below in the blue felt and embroidered stars on him.  However, seeing him on the tree with the others, I noticed he wasn't hanging straight and he was just too different from the others, so jarred a little. I unpicked him and cut him out into the same shape as the others, adding a similar swirly pattern. 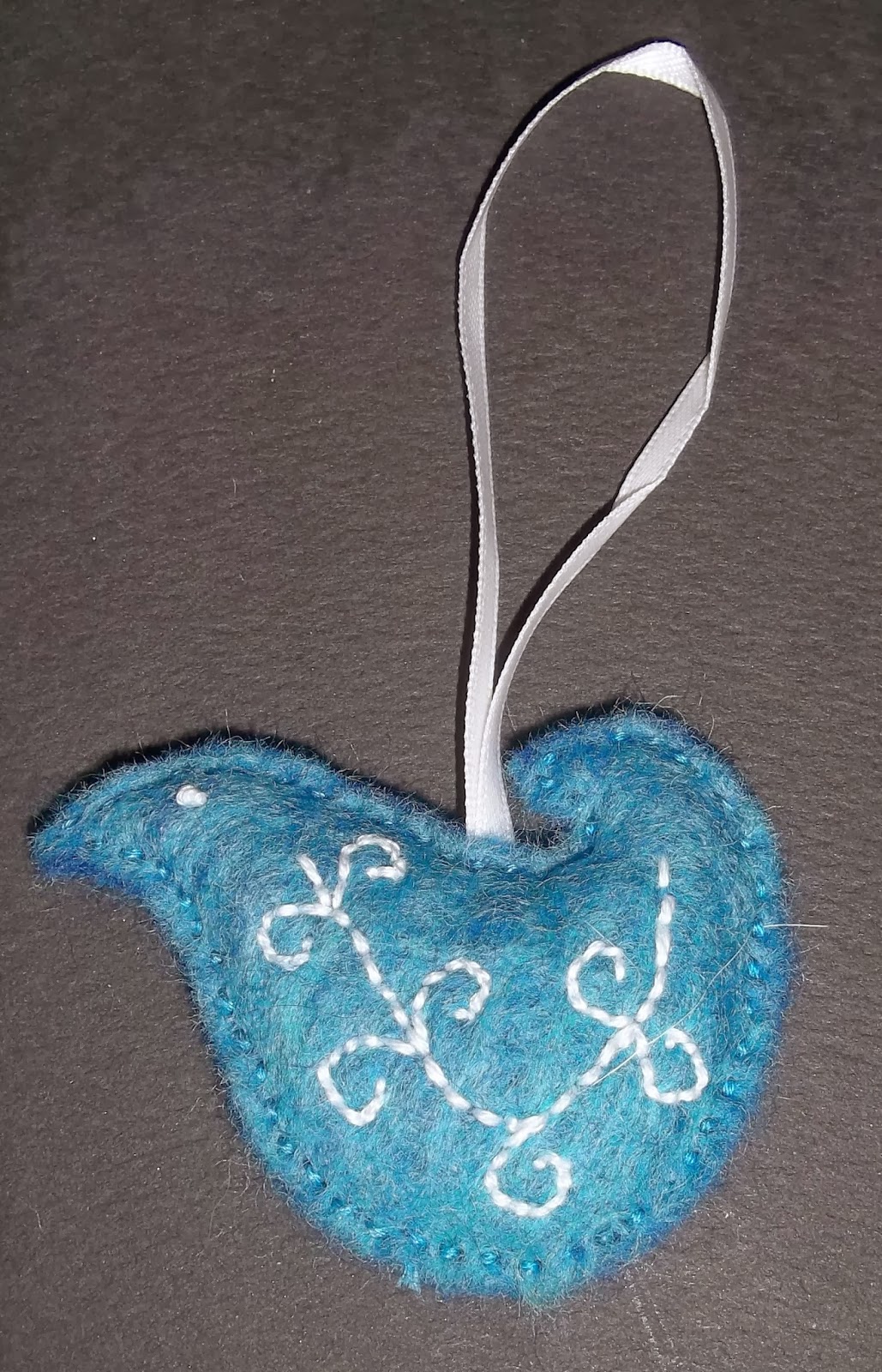 Much better, I think!
Yesterday, in our local bead shop, we saw some felt balls at 10 for £1.50.  Now I know what you're thinking - 'you make felt, Ellie, so why didn't you make some?' -  I should have made some but actually, I couldn't make them as cheaply as that. 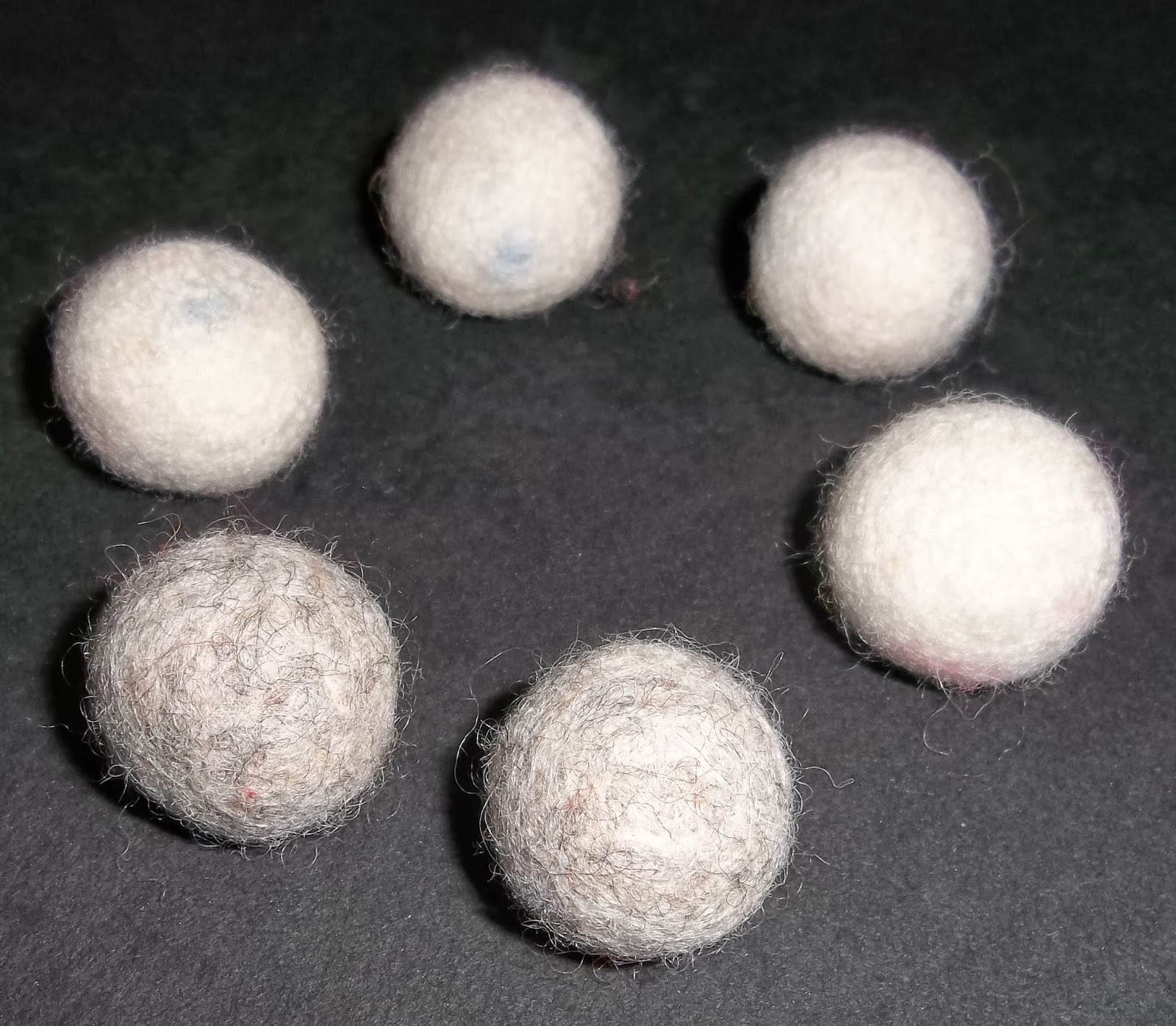 We chose some pale colours which would go with the other decorations.  To allay some of my guilt for buying them, today I decided to pretty them up and put my own stamp on them. 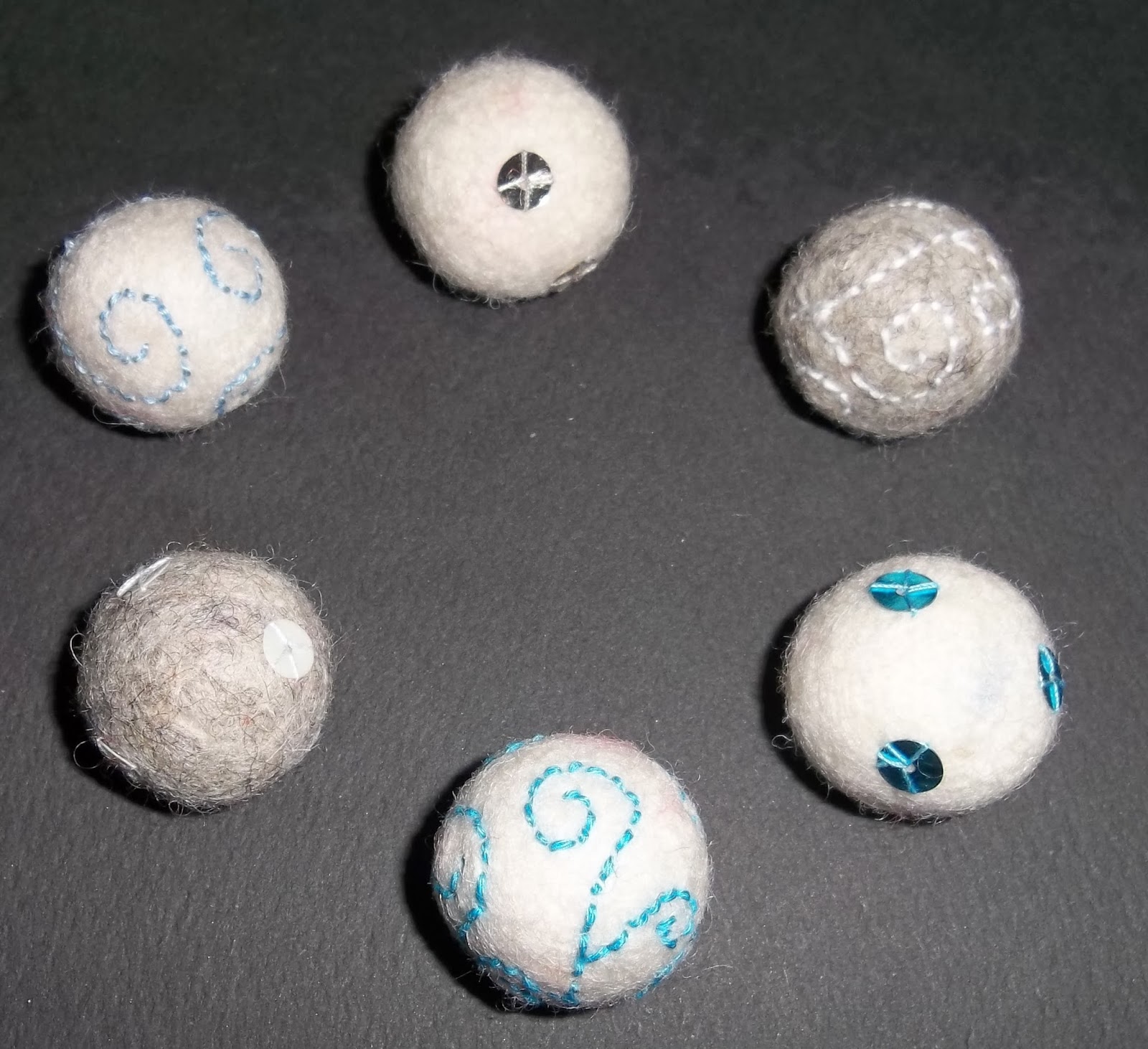 Here they are, after being prettified.  I have sewn sequins on three and done swirly embroidery on the other three.  The flash doesn't help in picking out the details, but hopefully you can see some.  Now all they need is a hanging loop and then I hope the tree will be finished!  (As it has taken me quite a while to make the winter decorations, I may keep them up until nearer the end of March).
Posted by Ellie Foster at 19:54