A visit to Stamford, Lincolnshire 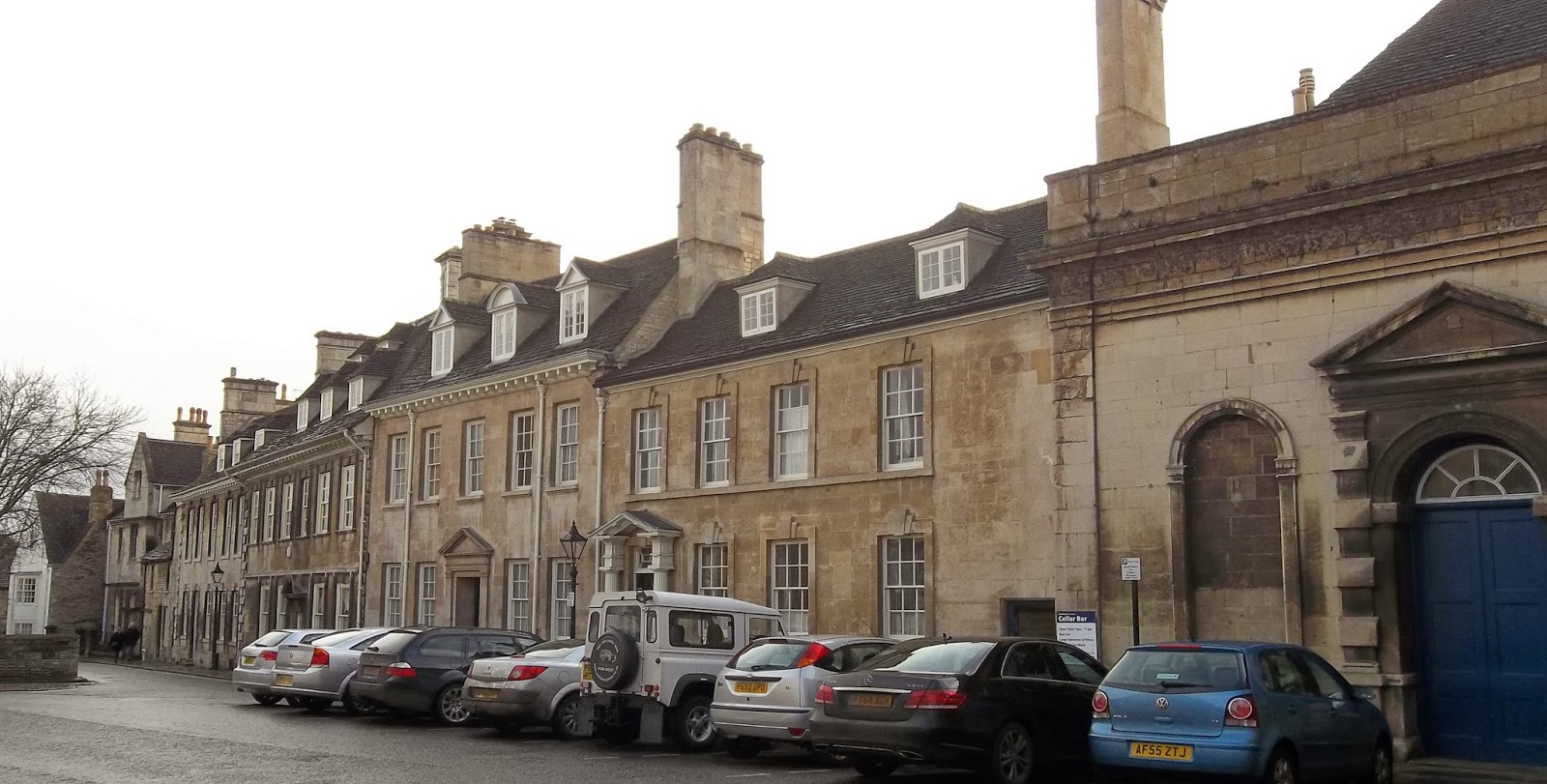 We spent a lovely day last Saturday, visiting Stamford.  My friend from Canada, Maria, was in the UK visiting her family and we arranged to meet up and go to Stamford.  I was a bit concerned as there was a snow shower first thing, but luckily, nothing for the rest of the day.  I used to live in Stamford and went to school there and got married in St Martin's Church there too, but hadn't been back for at least ten years and was interested to see if there had been many changes.  It is a beautiful town in the south of Lincolnshire, with a high percentage of Georgian buildings.  It is so photogenic that it has been used in various TV productions, including Middlemarch and Pride and Prejudice.  Above are some of the houses in St George's Square, with the Assembly Rooms on the right. 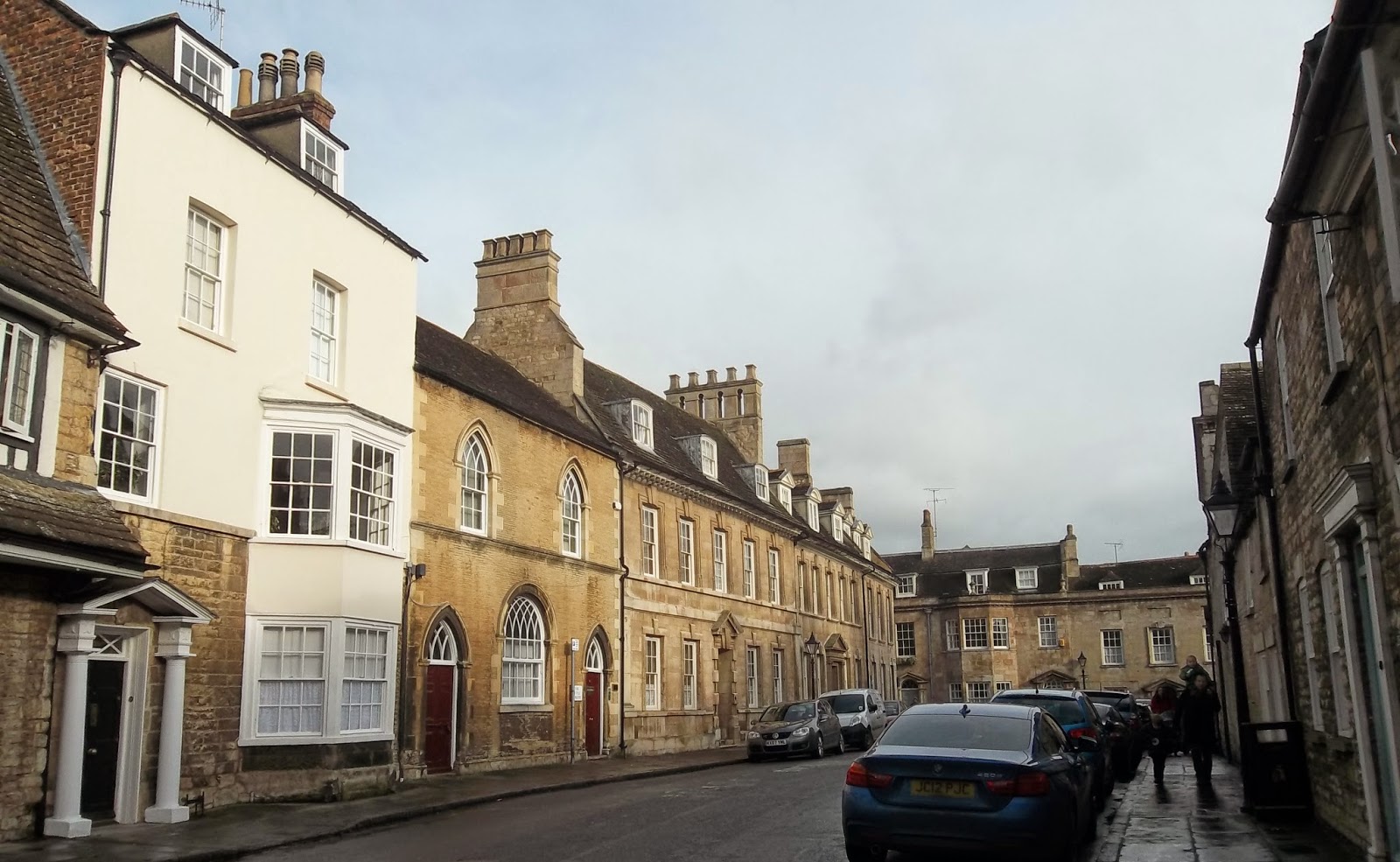 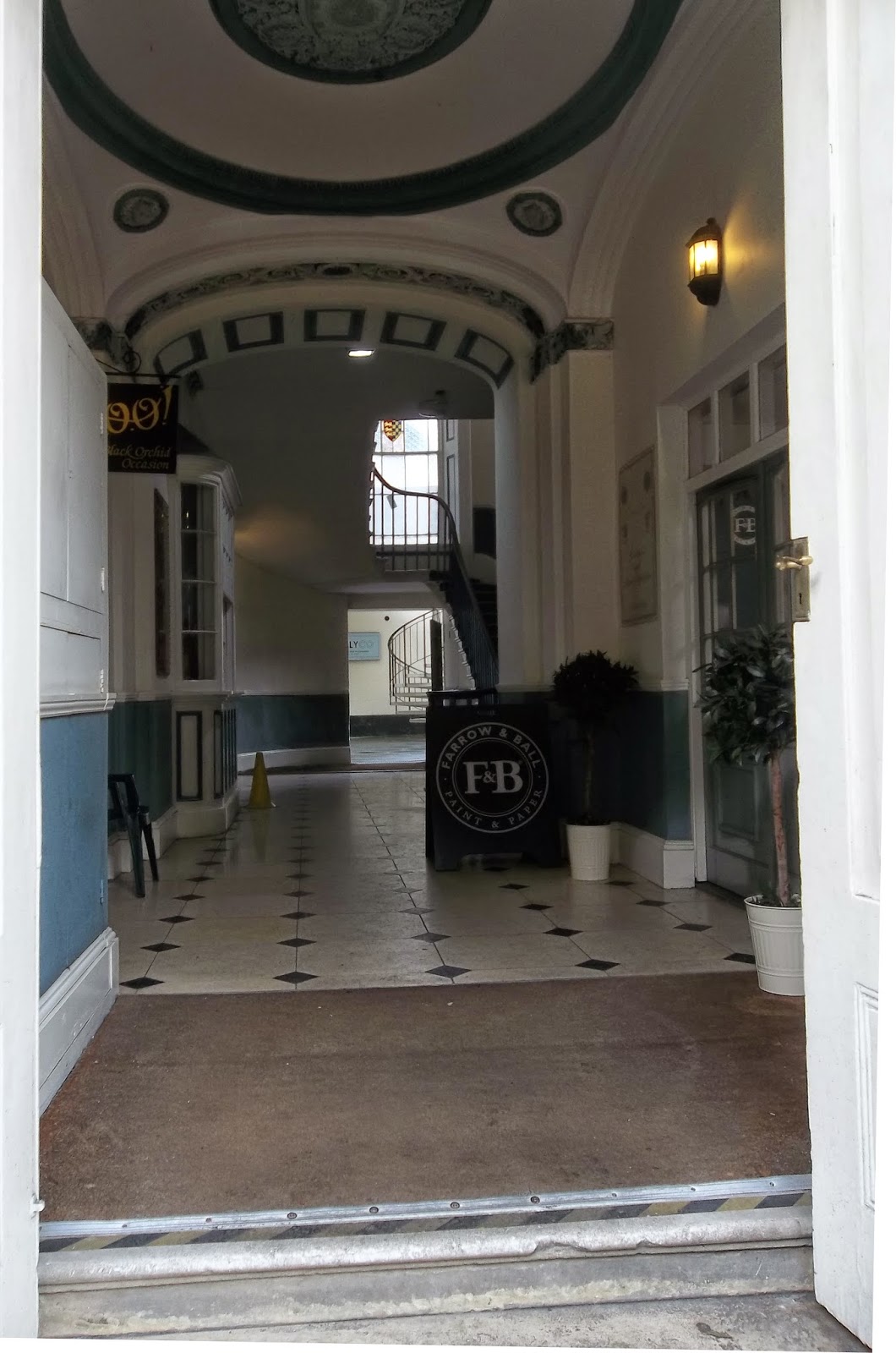 This used to be The Stamford Hotel but is now a rather pretty shopping area. Stamford had changed a lot - there had been a lot of new houses built, albeit in stone, so blending in (to a certain extent) with the more ancient buildings.  The shops had changed too and there was a plethora of boutiques. 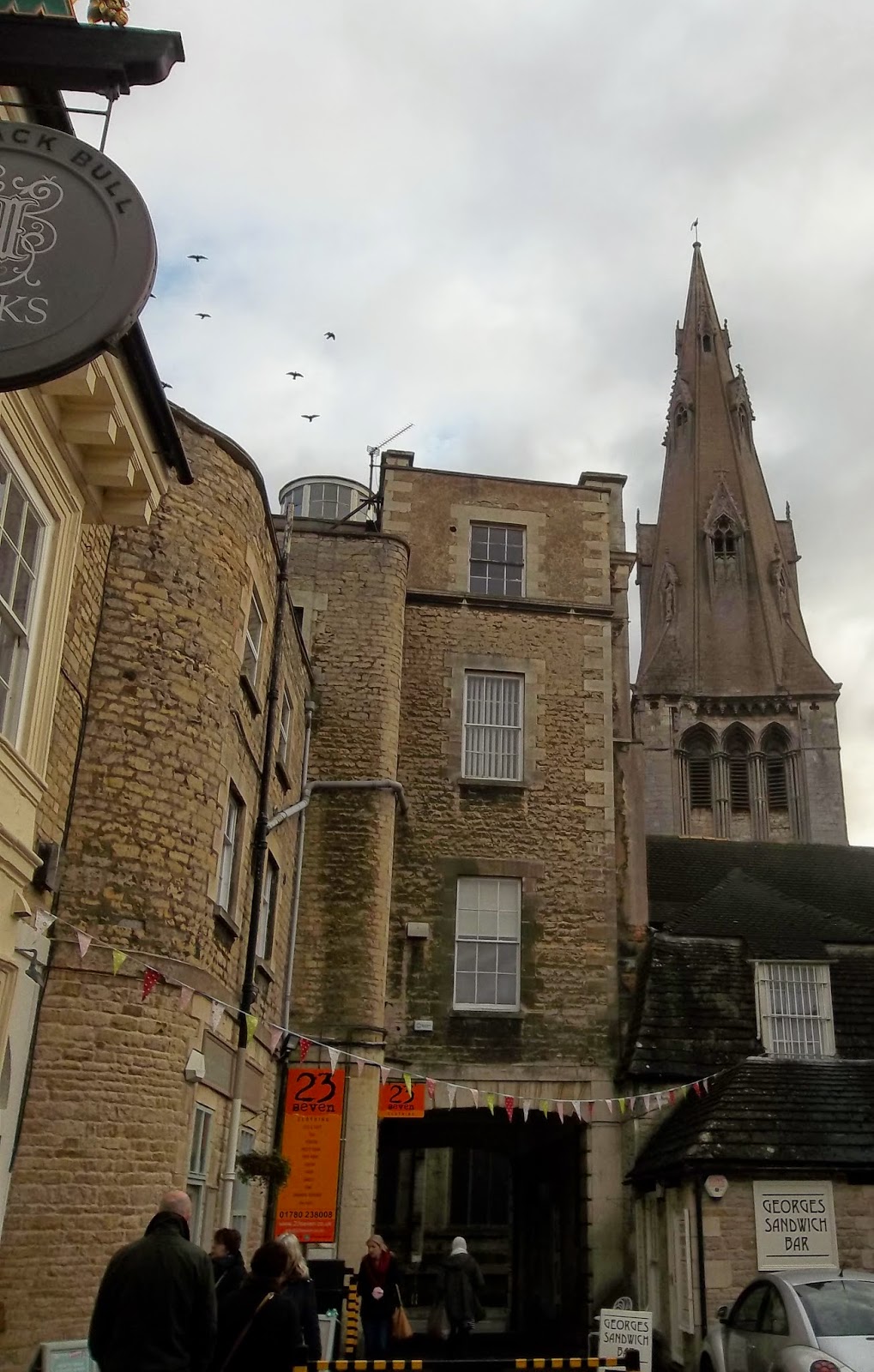 We found a nice interiors shop next to a textile shop and just before reaching the shops, Chris said 'Look at the little observatory up there!'  I looked up and indeed, there it was. (He is extremely observant, looking up as well as where he's going and often points things out which I would totally miss otherwise.) 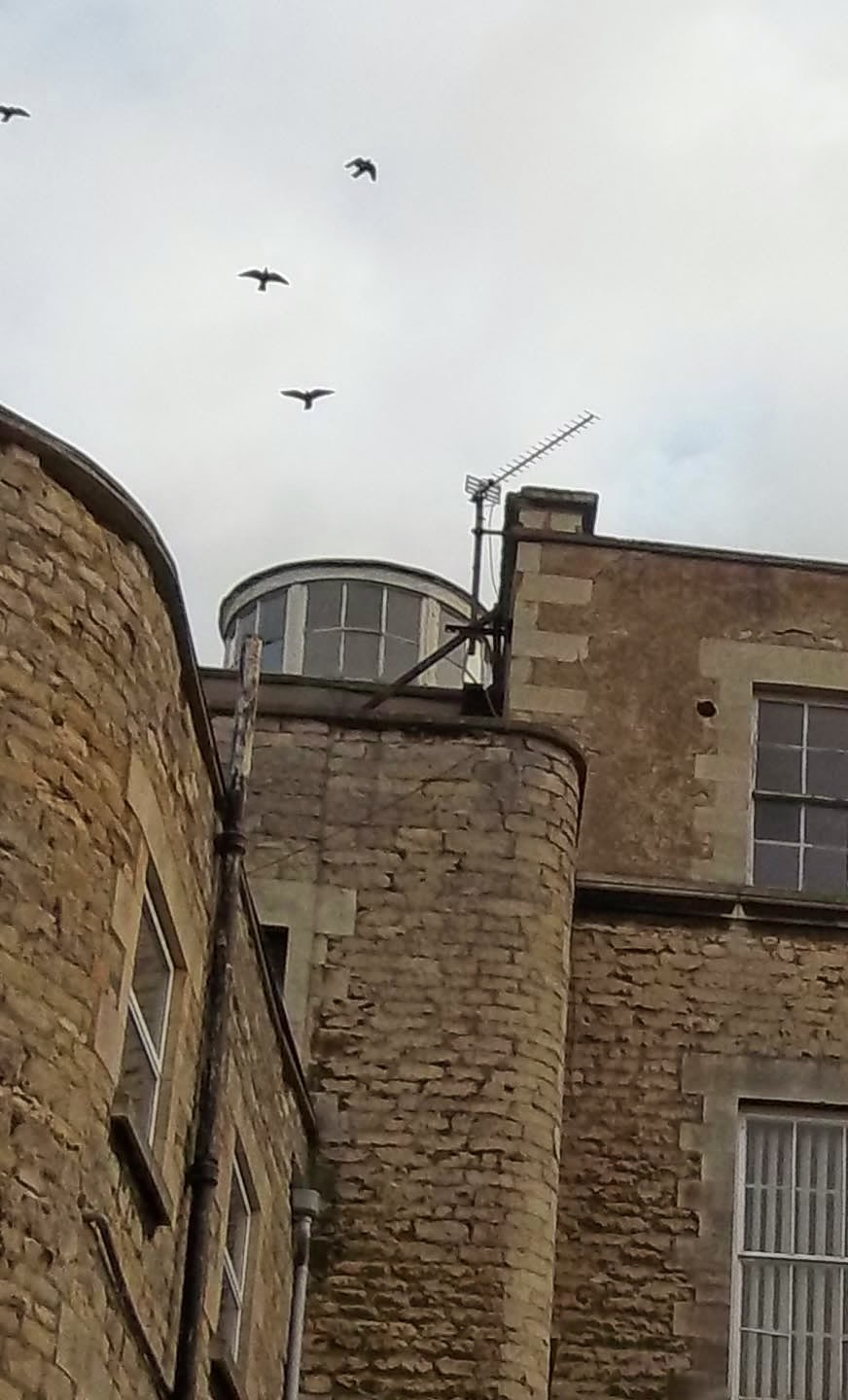 Just up there - I expect there is a lovely view over the town from there.  (The birds very helpfully made some rather nice shapes to add to the interest).  (Speaking of birds, there were quite a few starlings perched on our lilac tree this morning - it could have been a little disturbing, as they did seem to be watching, but I think they were checking out the bird table, rather than devising any Du Maurier/Hitchcock-inspired attacks - I hope so, anyway!) 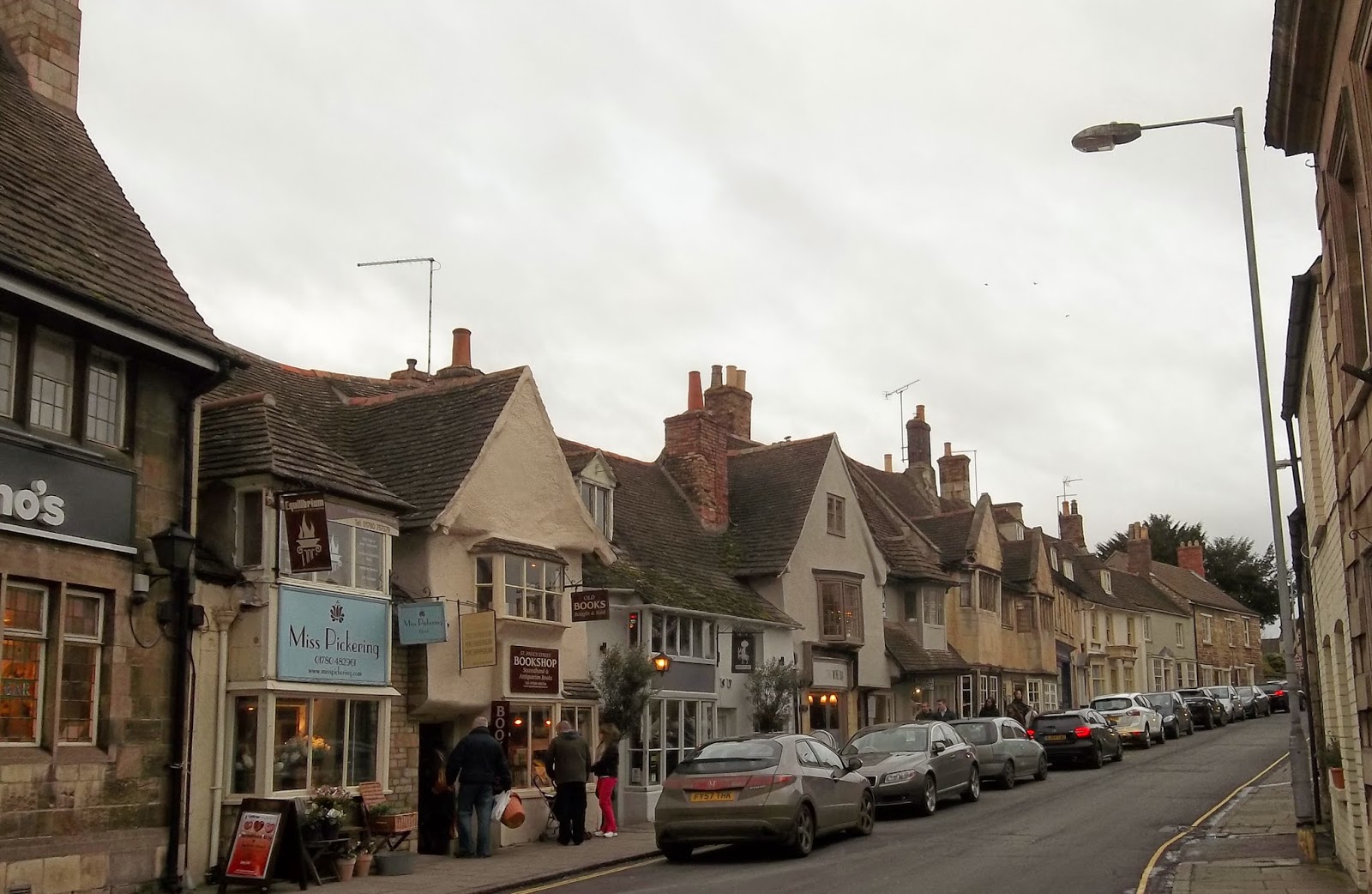 Right, back to Stamford.  This is St Paul's Street, with more lovely buildings. There was a little bookshop which we went in and a florist's shop next door. I love that evocative smell of soil, earth and flowers in a florist's. 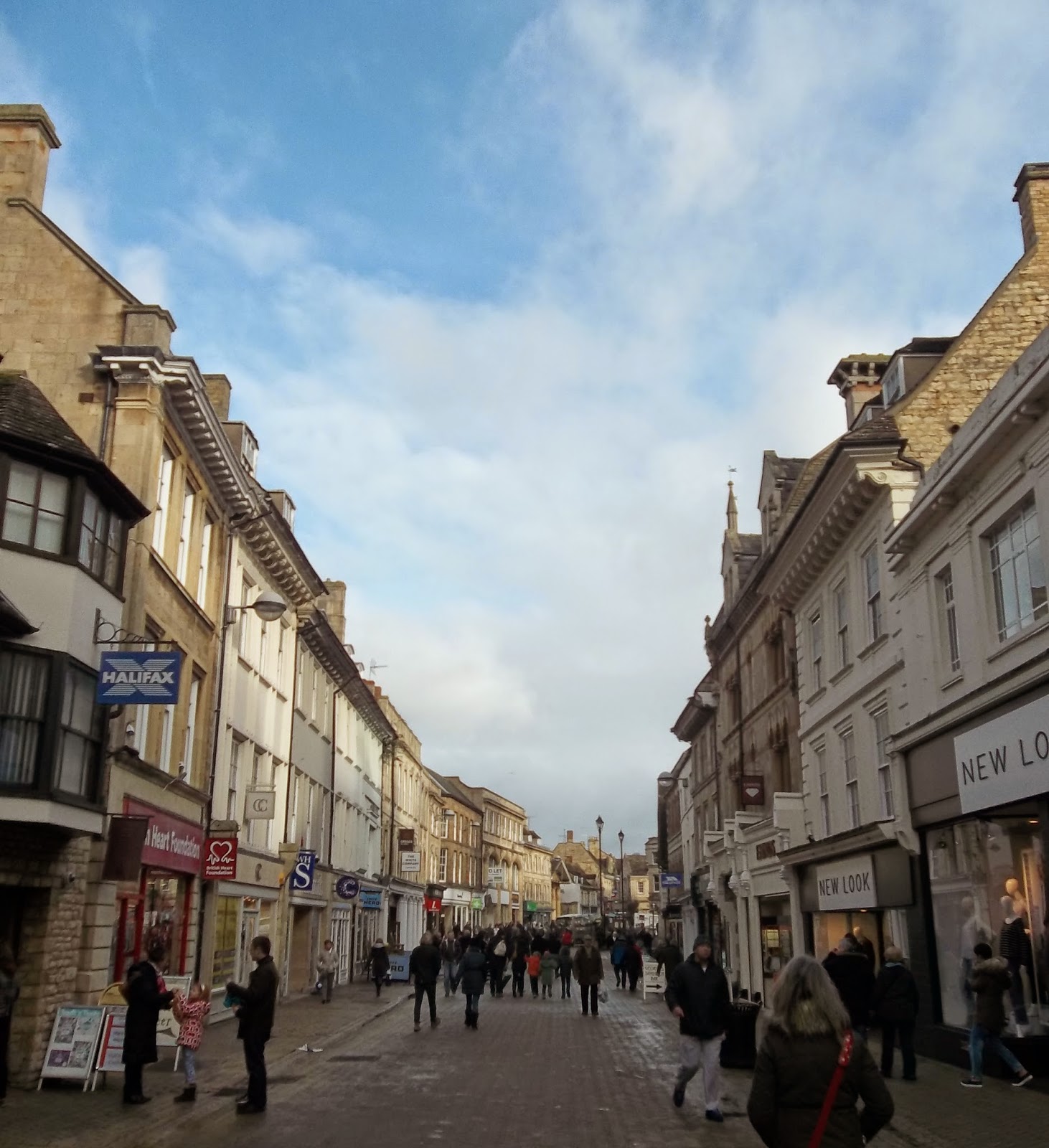 A view looking up the High Street.  I had egg and chips in a little cafe (the others had an all day breakfast)...I don't think you can beat egg and chips, especially on a cold day...and we visited most, if not all, of the charity shops in the High Street, buying a few bits and pieces.  It was a lovely day which we all enjoyed and was lovely to be reacquainted with Stamford.
Posted by Ellie Foster at 13:37