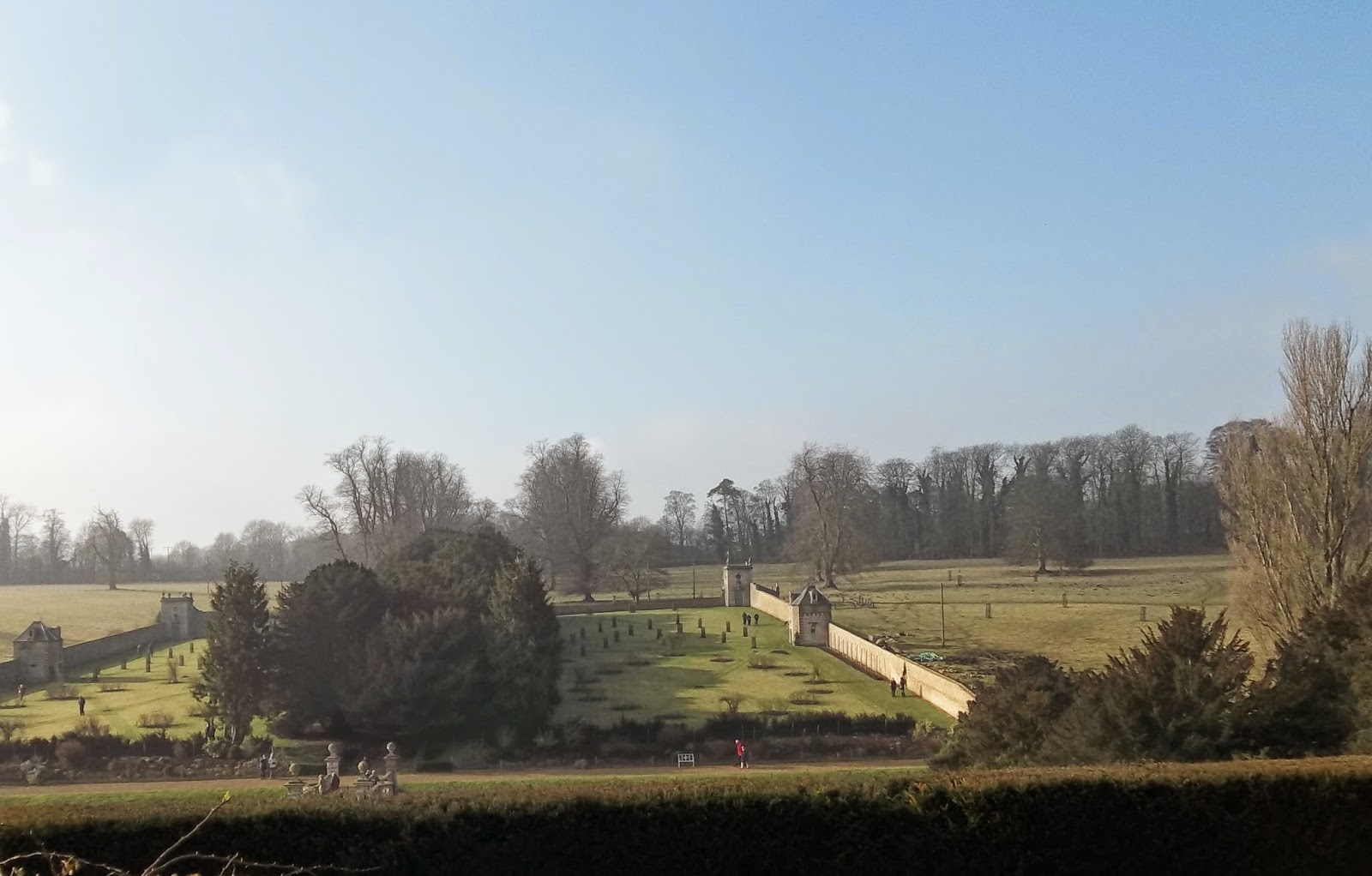 I spent a very happy few hours at Easton Walled Gardens today, with my friends Katy and Alison, on our first garden visit of the year. We usually go to Hodsock to look at the snowdrops, but we decided to break with tradition and go somewhere else this year. Although we had all visited Easton before, it was a number of years ago.  There was once a grand house on the site, but during the 1950s, it was demolished and the gatehouse is all that is left.  When the current owners took it over the land in 1994, it was like a jungle and has taken a lot of work to get it to what it is today.  Even the weather was helpful as the fog lifted and we enjoyed beautiful warm sunshine. 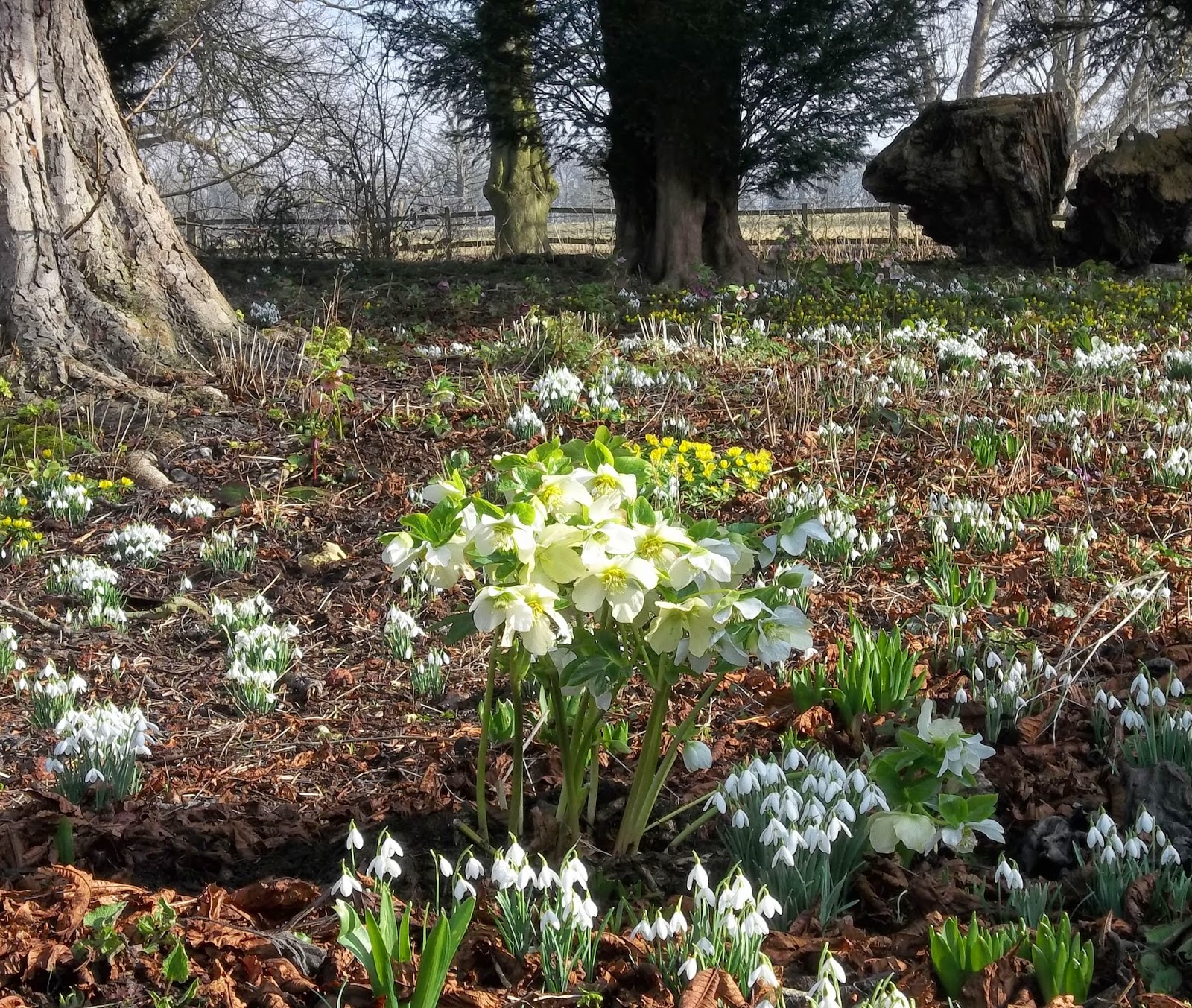 There were some beautiful upright hellebores in amongst the snowdrops. 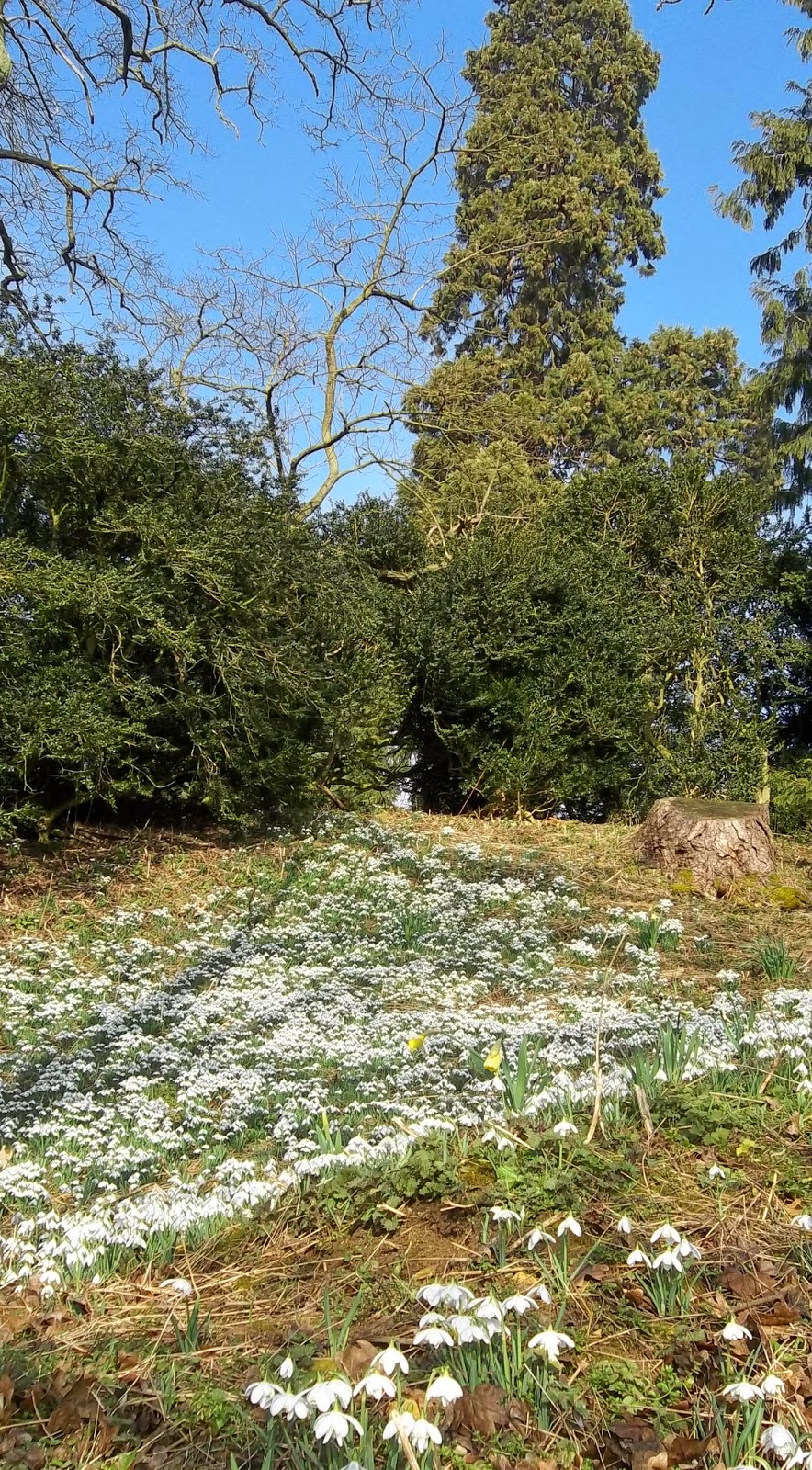 Following the path round and looking up, the snowdrops appeared to be like a river...

...and were then joined by aconites. 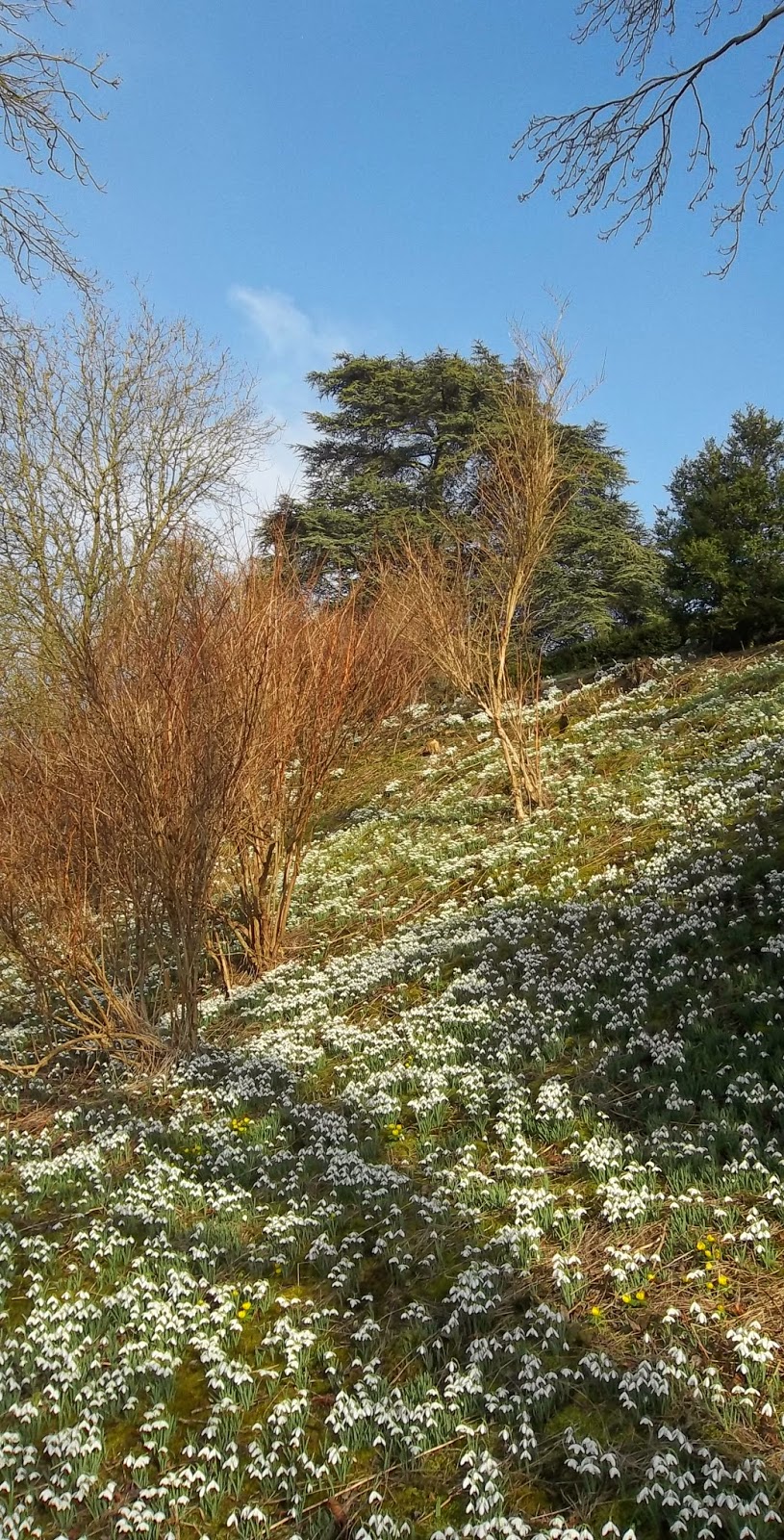 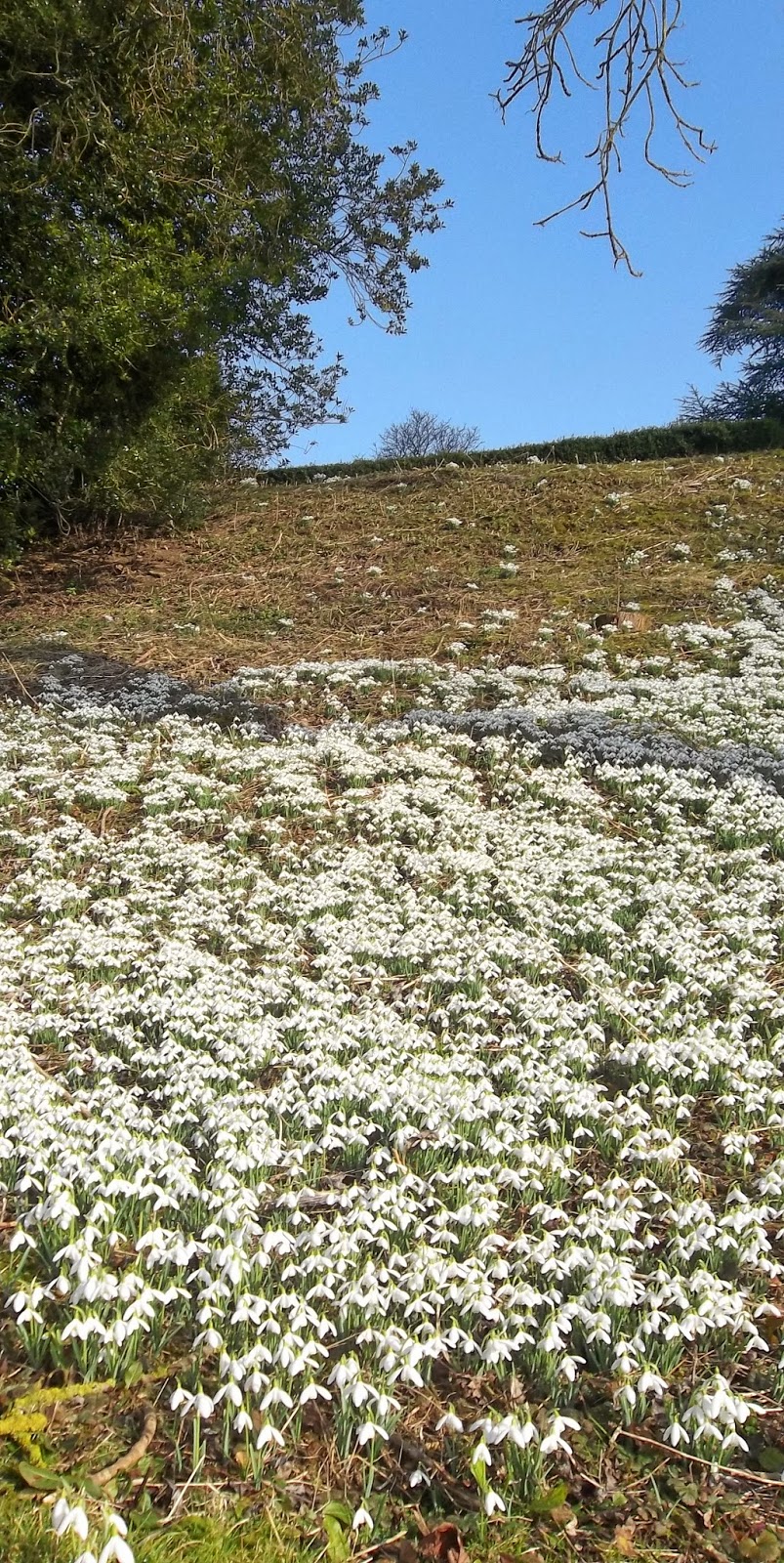 There were so many.

I liked this urn perched on the edge of the wall. On the formal bridge, someone had left a heart of gravel - possibly a tribute to St Valentine? - which I couldn't resist taking a photo of.  I liked the way it had been left there. 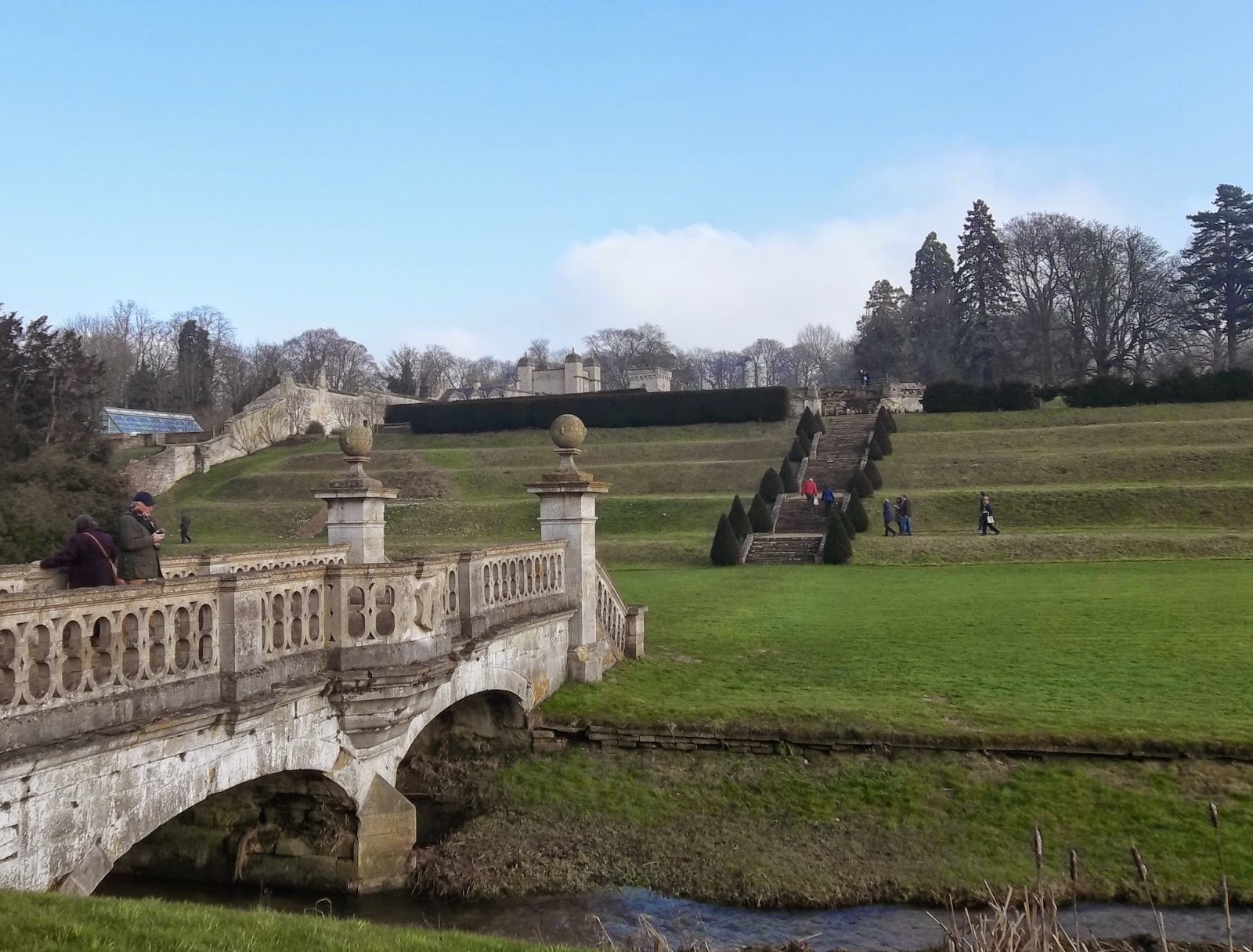 Looking back up towards where the house once was. The terraced banks are planted with wildflowers. On the flat area before the bridge, there were once some formal bedding displays.  You can see them in photos from a visit to the house made by 'Country Life' magazine in 1901, which are displayed in the history room and the tea room. 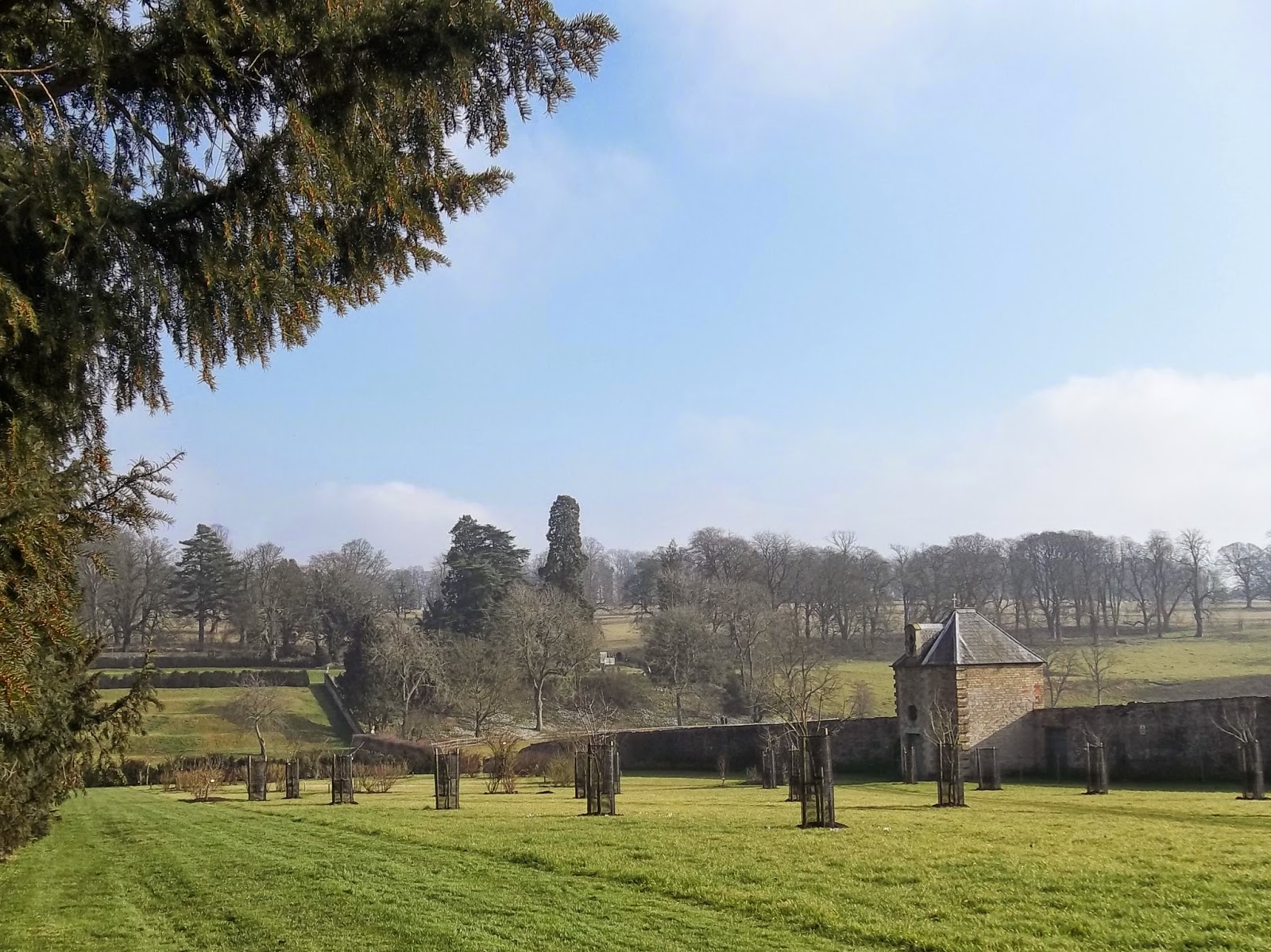 Looking back down across what was the walled kitchen garden, with the edge of the massive yew hedge. Back by the terrace again - I love an open doorway. 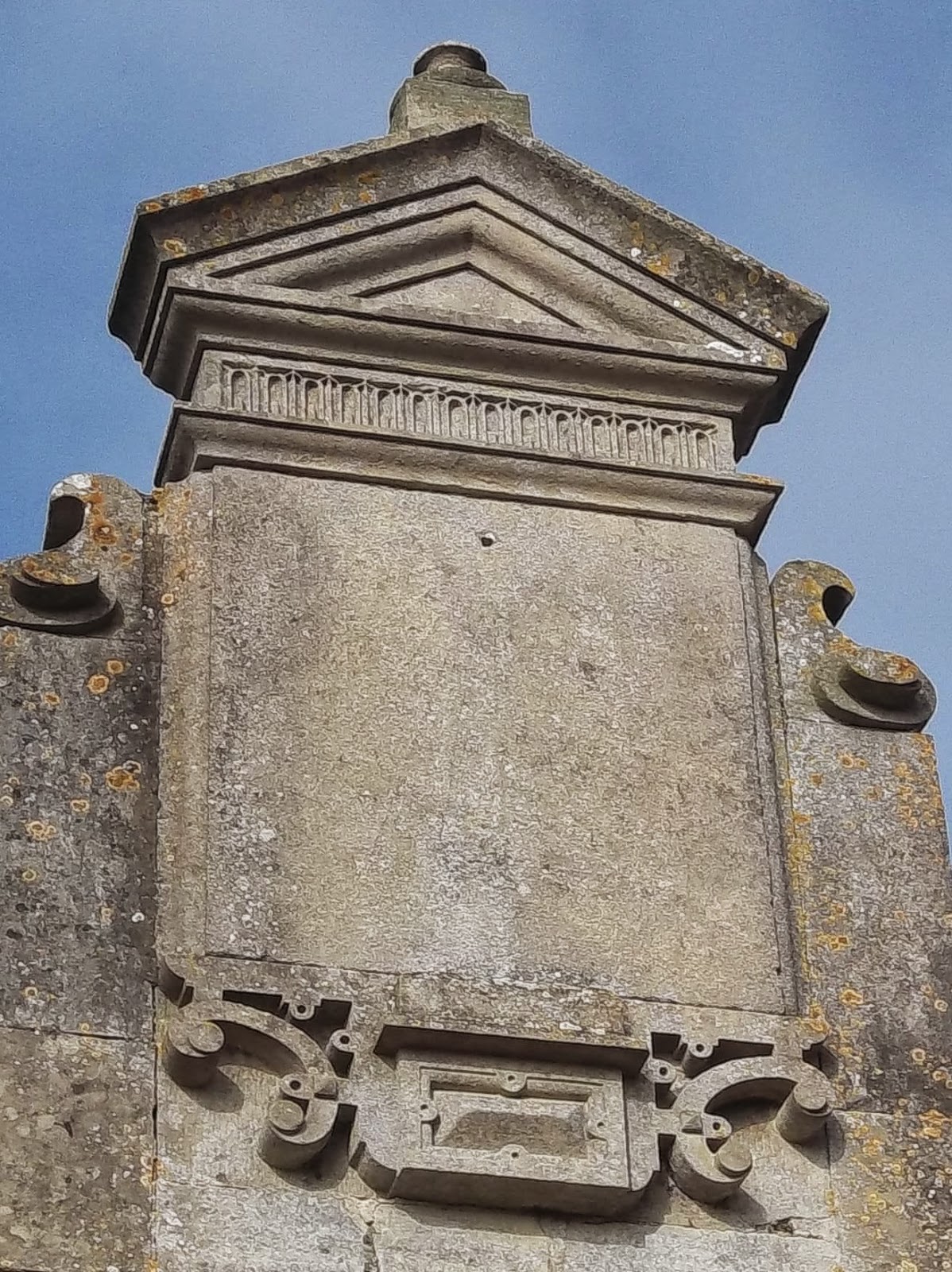 This was on top of a wall by the area where there was once a peach house.  It is the remains of a sundial and you can see the hole where the gnomen was fixed. 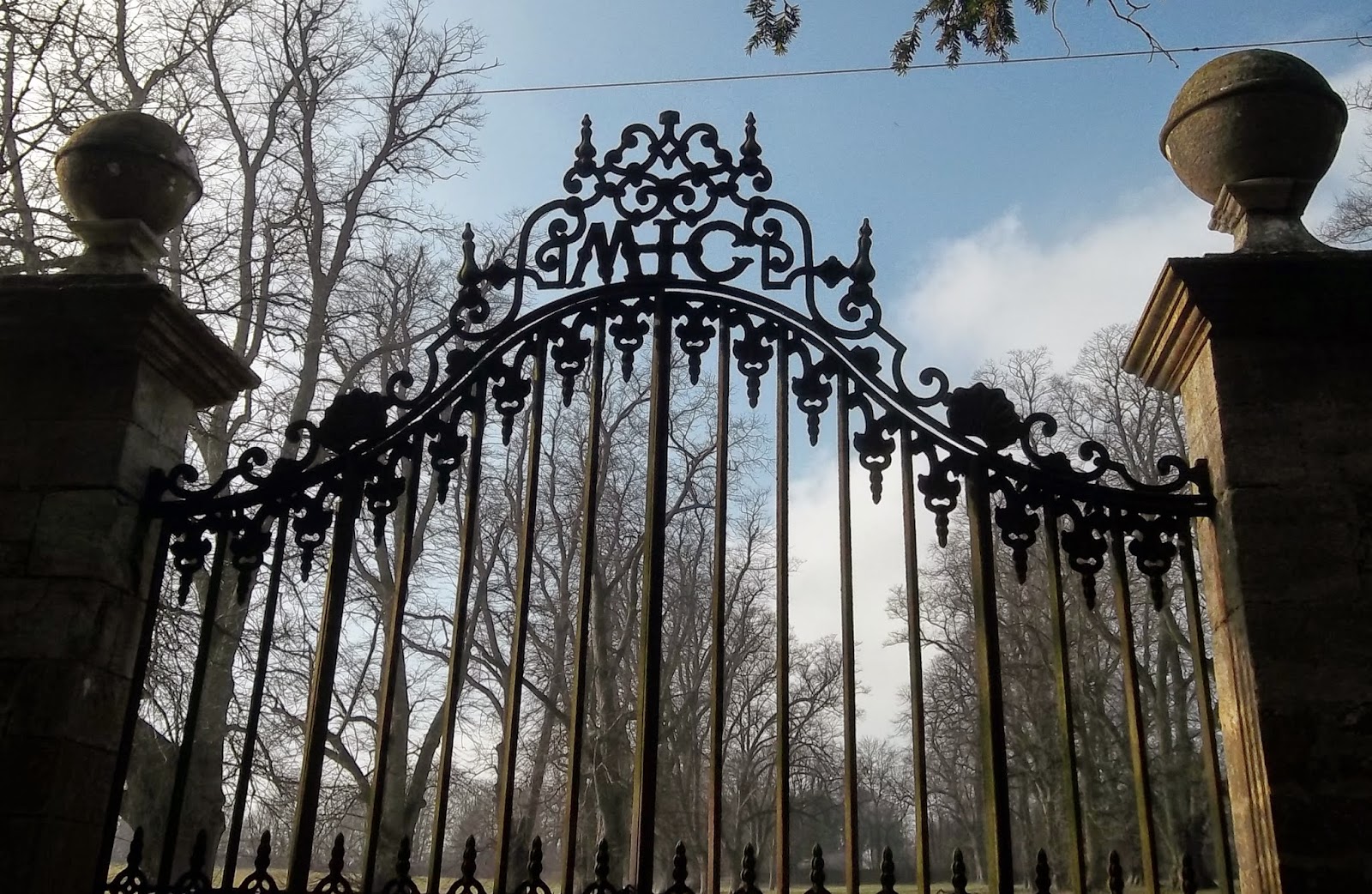 MC's initials feature a lot in the remaining ironwork - a previous member of the Cholmeley family who owned the house. This display of primulas gave a welcome bit of colour in the stableyard, where the shop and toilets are. Of course I came away with a couple of plants, courtesy of Katy.  This is the rather beautiful Galanthus Elwesii with lovely markings on the petals, which will be planted in my garden as a reminder of the very enjoyable visit to Easton.
Posted by Ellie Foster at 23:12