(Just in passing, I really like the word 'shenanigans').  I have been having some problems with my camera recently.  It is a little point and shoot Kodak M23 which has been really reliable, easy to use and takes lovely photos.  I am not a photographer by any means (although I do enjoy taking photos) and need something easy to use.  My camera still takes good pictures, but the computer bit inside (you guessed it, I am not au fait with technology) decided to go completely mad and not do anything I wanted it to.  In fact, although I told it not to, it decided to delete all 340 photos on my memory card, much to my horror.  You know that sinking feeling in the pit of your stomach - well, I definitely had that.  Once I realised that, luckily, I had saved most of the photos onto my computer, it wasn't so bad.  However, I decided that a new camera purchase should be made.
I did my research, waded through loads of reviews, got completely baffled as I trawled through all sorts of technical descriptions and then I bought this one, a Sony W800:

photo from http://www.sony.co.uk
It was like my old Kodak, in that it was small and would fit in my pocket.  However, once I had charged it up and tried it, I found that there was a delay between clicking the shutter button and it actually taking a photo.  This wasn't great as I do like taking the odd photo of wildlife now and again.  I also found it took a while to bring the photos into focus on the screen.  Whether this was a problem with just this particular camera, or across the range,  I wasn't sure, but I knew it wasn't the one for me, so took it back.
I have now bought this one (another Kodak - FZ201 - but a little bit bigger and with more zoom than my previous one).

image from https://www.ephotozine.com/
I have been having a practise with it in the garden... 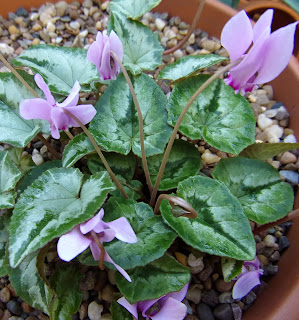 I rescued this little cyclamen from being swamped by a self-seeded astrantia and verbena bonariensis. 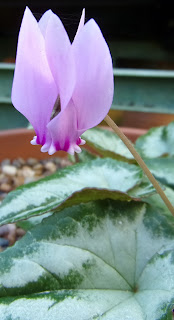 It looks much happier now. 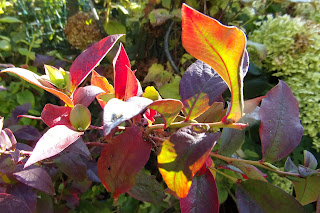 I challenged the camera with a back-lit blueberry branch.  I think it managed pretty well. 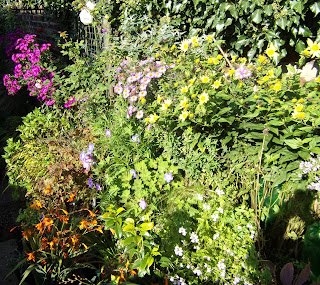 Deep shade and brilliant sunshine (and the shadow of my arm!). 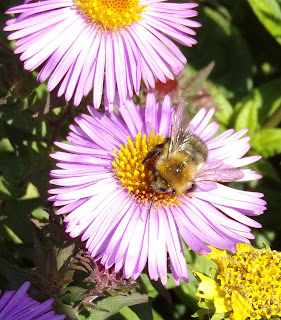 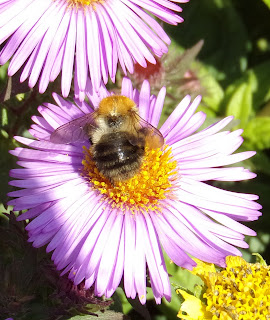 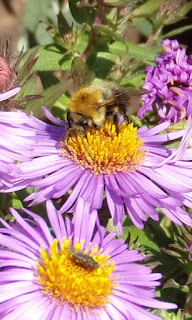 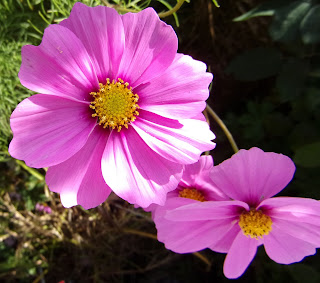 Beautiful cosmos flowers (they were really late to flower this year). 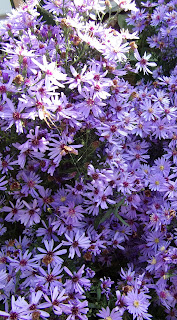 My favourite aster 'Little Carlow', which helpfully tells the bees which flowers have been pollinated (they are the ones with the reddish centres). 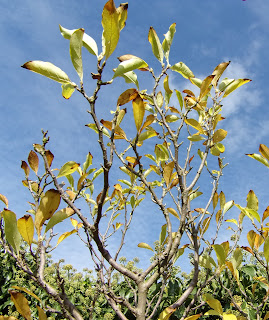 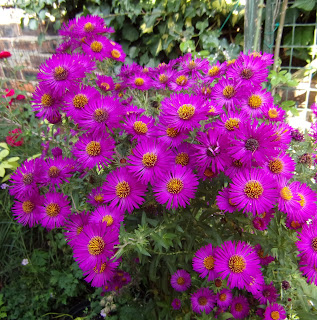 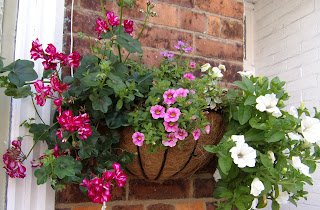 Finally, my replacement hanging basket, still flowering and looking good (until the first frosts come, which can't be too far away now).
So far, I am really pleased with my new camera.  I hope it lasts for a good few years.
Posted by Ellie Foster at 13:02