Winter in the garden

This was the sky at sunrise this morning and today has proved to be rather windy, with rubbish bins blowing over outside.  'Red sky in the morning, shepherd's warning' indeed. 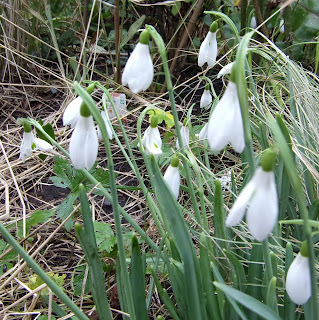 In the garden, the snowdrops are in flower and these started flowering in December.

I think this variety came from my mum's garden. 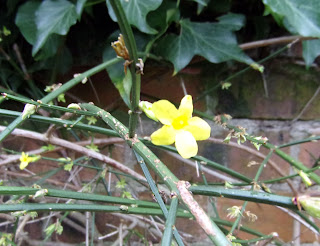 The winter flowering jasmine still has a few flowers in it, and you can see the leaves starting to grow.  It began flowering in December too. 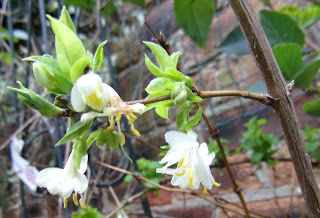 The winter flowering honeysuckle is also still in bloom, and yes, this also started flowering in December, which is really early for this plant.  Normally, it doesn't start flowering until late January.
It really needs a bit of sun in order to release the beautiful lily of the valley fragrance.  Lots of bulbs are starting to show their leaves too and there are more snowdrops to look forward too.  I haven't spent that much time in the garden recently, but I have been making plans.  Lots of plants need to be re-potted...
Posted by Ellie Foster at 15:29