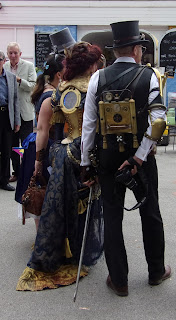 The largest Steampunk festival in the world took place over the weekend and a couple of friends were taking part so went went along to meet them and soak up the atmosphere (and gawp at the costumes).  Steampunk is based in Victoriana, but with steam based technology, although, having said that,  there are many interpretations including Goth and Wild West.  It is all-inclusive, all ages and there is a friendly feeling as you walk around, even if you are not taking part.  The main Asylum website is here.  Lots of activities and workshops had been arranged over the weekend - tea duelling seems to be popular! 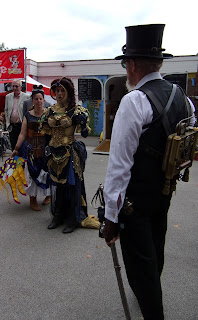 Some people had put a lot of work into their costumes.  There were lots of top hats and pith helmets, feathers, frills, corsets and bustles. 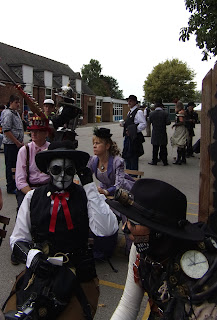 Face painting could also be included.

We loved this man's costume although he did admit to being rather hot and was pleased when the sun went in. 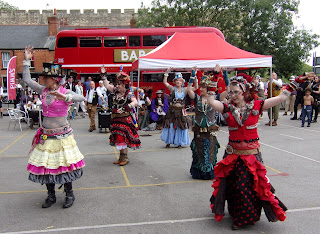 We watched the Belly Fusion Dance Collective who were appearing at different venues throughout the weekend. 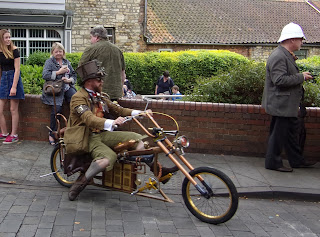 Castle Square was busy and had lots of stalls where steampunk accessories could be purchased. 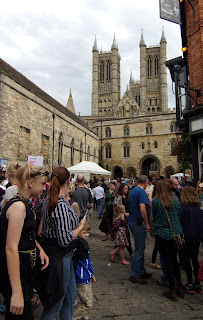 There was a good atmosphere but it was very crowded. 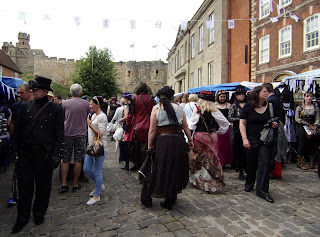 Here is a link to a news report on the festival.  Chris and I are thinking of taking part next year...maybe.
Posted by Ellie Foster at 09:38