The Knights' Auction - the results

The auction of the Knights from The Knights Trail (the 'cutout' photos are from their website) took place last Saturday night at Lincoln Cathedral and the total amount raised for The Nomad Trust and other organisations was nearly £180,000. 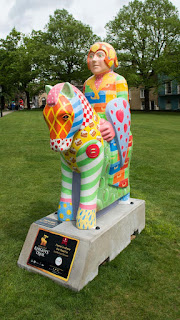 (The photos of the Knights in situ are by Steve Smailes for The Lincolnite.) 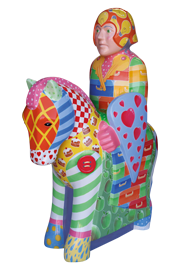 Rachael's Knight, 'Home is where the heart is' raised £4,600.  I think she was really pleased. 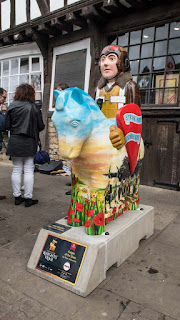 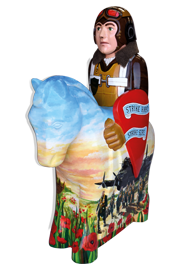 He was signed by the last surviving member of  the Dam Busters and will be displayed at the Bomber Command Memorial, just outside Lincoln. 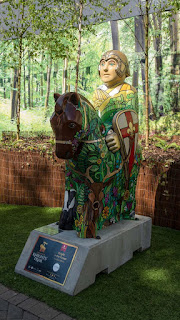 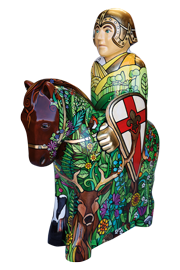 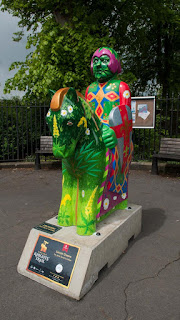 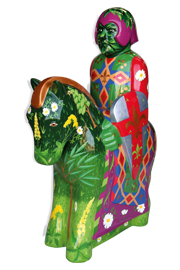 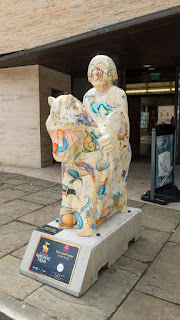 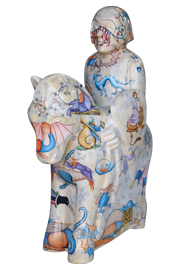 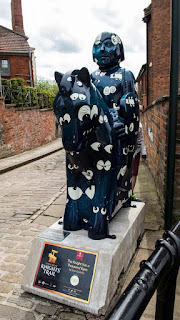 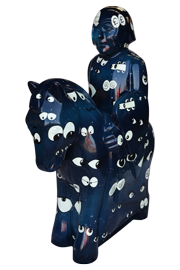 'The Knight has a thousand eyes' sold for £3,000.
It would be nice to know who bought them and if they can be seen in their new homes.  If you would like to know about the others (and see some good photos of all the Knights in situ on the trail), head over to The Lincolnite).
Posted by Ellie Foster at 13:10