An evening with Elly Griffiths 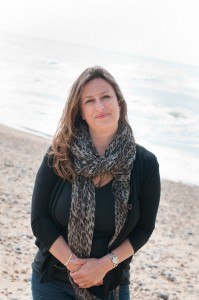 (photo from https://ellygriffiths.co.uk/)
Last week, Chris and I went to hear Elly Griffiths talking about her books. I have read the previous nine in the Ruth Galloway series (murder mystery with a forensic archaeologist set in Norfolk) and have been lent one from another series (1950s murder mystery series set in Brighton, I think) too.  She read an excerpt from Dark Angel, the tenth in the Ruth Galloway series and said that she was already working on number eleven in the series, The Stone Circle. 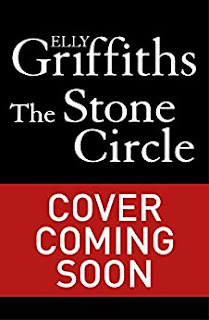 (image from Amazon)
She also spoke about a standalone book, to be published in November 2018, called The Stranger Diaries. 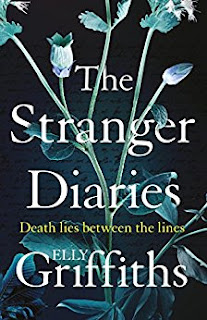 (image from Amazon)
This sounds right up my street - here's the description:
'Clare Cassidy is no stranger to murder.  As a literature teacher specialising in the Gothic writer RM Holland, she teaches a short course on it every year.  Then Clare's life and work collide tragically when one of her colleagues is found dead, a line from an RM Holland story by her body.  The investigating police detective is convinced the writer's works somehow hold the key to the case.

Not knowing who to trust, and afraid that the killer is someone she knows, Clare confides her darkest suspicions and fears about the case to her journal.  Then one day she notices some other writing in the diary.  Writing that isn't hers...'
Sounds good!
Elly Griffiths told us that she liked Wilkie Collins (a kindred spirit - well, I really like The Woman in White and The Moonstone, although I haven't read any other of his novels) and mentioned the part where Count Fosco writes in Marian's diary in The Woman in White as the inspiration for this part in her story.  She was very entertaining, enthusiastic and erudite, so I would recommend going to see her if she is in your direction.
Posted by Ellie Foster at 19:38