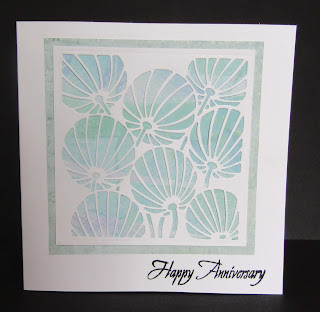 I have had a few anniversaries and birthdays to make cards for recently, so here's what I came up with. Above was an anniversary card for my sister and brother in law.  I do like the Chinese Lantern die (although it took a few goes to get a nice clean cut.) I backed it with a blue/green patterned paper and like the calming effect. 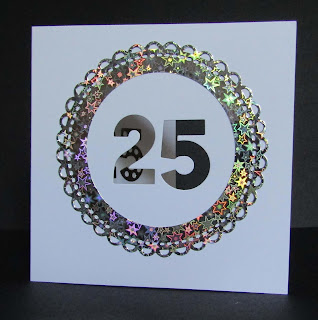 I sent this one to my friend in Canada - it was their rather special anniversary.  We went over for their wedding as I was Matron of Honour.  The time seems to have gone very quickly since. 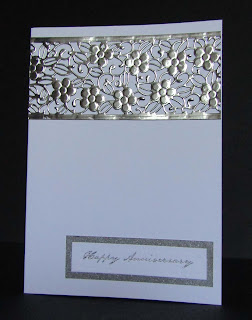 This one was a bit of a practise, but it turned out quite well. 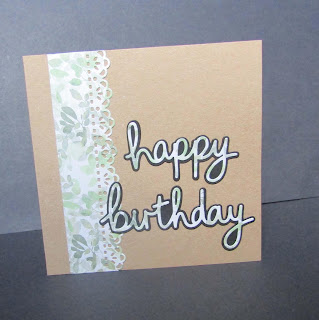 This card was for a colleague at work who enjoys working with a nature conservancy volunteer group.  I though she would like the leaf print paper. 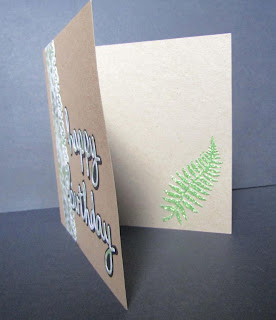 The inside needed a little something, so I added a green glittery fern leaf - well, why not? 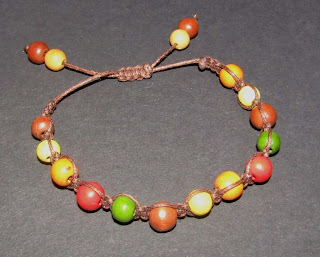 I haven't made any jewellery for a while so made the same colleague a wooden bead macrame bracelet.  I have seen her wearing it at work so I think she likes it!
Posted by Ellie Foster at 21:01