The changing colours of late summer 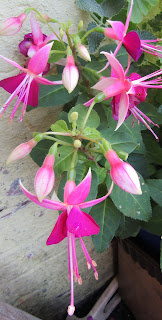 There is no denying it, late summer is here.  The pastel pinks of early summer are being replace with deeper, richer tones.  Despite the heat and drought-like conditions of July, the garden has come through relatively unscathed.  Above is fuchsia 'Rivendell', bought at RHS Chatsworth last year and finally repotted. 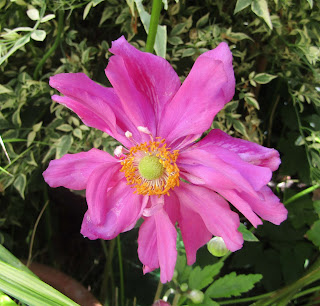 Japanese anemone 'Bressingham Glow' which is a reliable flowerer in my garden. 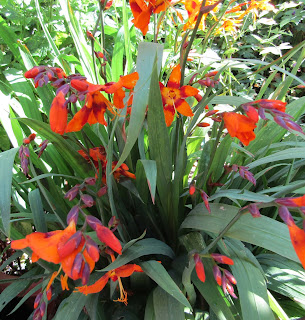 The two crocosmia 'Emily Mackenzie' which I planted in the borders are one of the only casualties in the garden. Their leaves are brown and crispy.  The one above is in a pot and has been watered.  I did water the ones in the border, but it didn't do any good. I shall have to see if they grow next year or whether they have died. 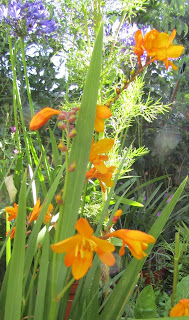 Another crocosmia, also in a pot. 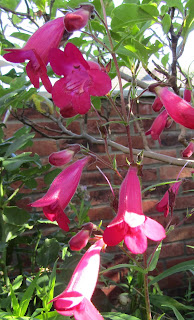 Penstemon Andenken an Friedrich Hahn, also know as Garnet, has flowered well all through the summer.  Even the plant in the border has done well. 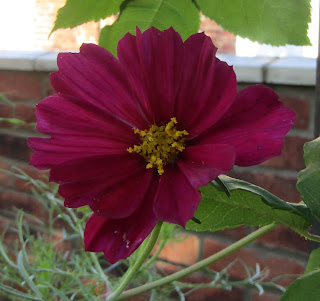 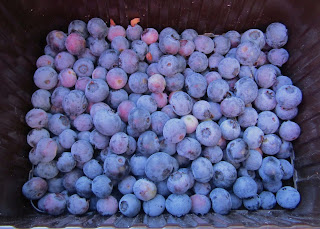 The blueberries have also done well and have been fruiting since July. I get this many berries every two days or so and have several bags full in the freezer.  The plants are all over three years old, so the berry production is gaining with their maturity.
After the heat this July, I have decided that I must be a Spring and Autumn person - I like warmth but not heat.  It is cooling down again now and I am finding it much more pleasant.
Posted by Ellie Foster at 15:44