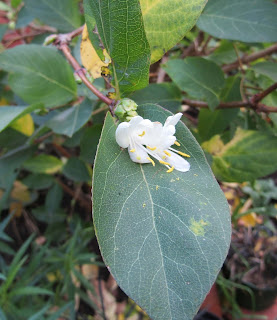 I was continuing the rather time consuming job of insulating my many pots and tubs today.  I have left it a bit late this year because up to now, the weather has been reasonably mild. However, it is definitely colder this week and the forecast said there might be snow at the weekend, so I thought I should get a few more done today.  I managed about six before I got too cold.  While I was having a wander, I noticed some winter plants flowering.  Above is the winter honeysuckle, a shrubby and rather untidy plant, but I forgive it everything when it's in flower.  The flowers, though small, smell beautifully of lily of the valley, particularly when the sun is on them. 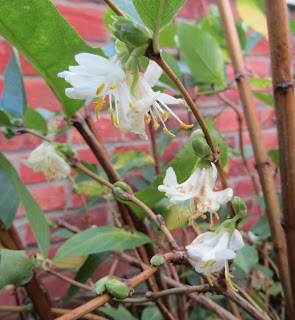 This one is flowering a little earlier than usual, as it is normally January and February. 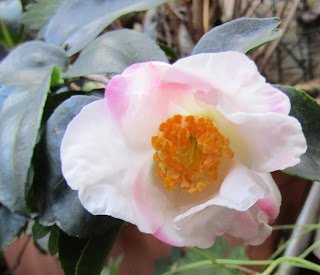 My camellia 'Yoimachi' (which I bought last year) is flowering away too.  The flowers are white with a pink flush and lovely yellowy-orange stamens. 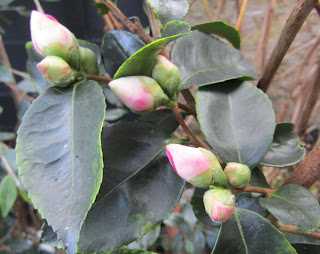 The buds have that same flush of pink too. 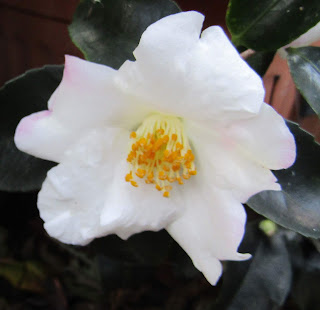 They are so pretty and brightened up a grey December day.
Posted by Ellie Foster at 16:01