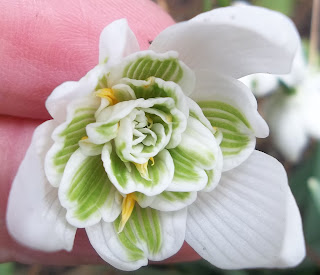 I have been busy making plans for my little garden this year.  I have decided that I am going to attempt to grow a few more edible things so have bought two more blueberry plants (compact and designed for pots) called Blue Pearl, from Marshalls, which arrived safely and are waiting for the weather to be a bit warmer before being planted in their larger pots.  I have also been inspired by the RHS book Grow your own crops in Pots (which I bought very cheaply from The Book People ) ... 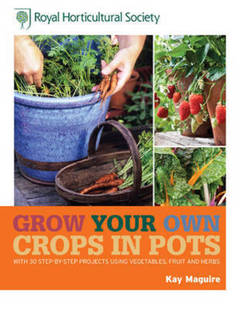 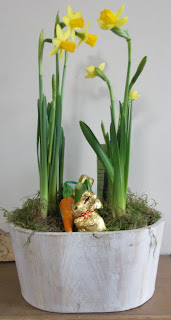 I am also going to have a go at growing beetroot too, because I discovered that I really like raw beetroot grated in a salad (but I do not like pickled beetroot at all!).
Not forgetting the flowers, however, I have ordered phlox plants as I have two in the garden which did really well despite the awful summer last year.  I have also treated myself to an oriental Poppy, Plum Pudding, from Thompson and Morgan.  There will also be cosmos, sweet peas (my first time growing from seed) and a multitude of other things which are in my seed box.  I pruned my clematis and roses last Saturday, on a gloriously sunny afternoon, so got things underway. 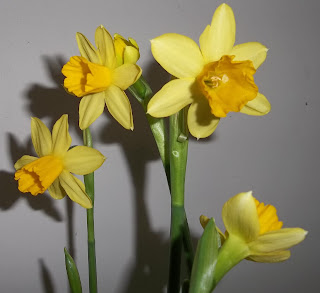 I am really looking forward to this growing season and I hope it will be a successful one for all of us gardeners.
In my excitement, I nearly forgot to mention the photos - the top one is a double snowdrop from my garden and the daffodil and hyacinth planter was a belated but extremely welcome birthday present which is reminding me that Spring isn't too far away.  There were also some Lindt chocolate rabbits and a Lindt carrot nestled in the moss as well! Chocolate and plants - does life get much better than this?
Posted by Ellie Foster at 13:08