A rather special garden visitor 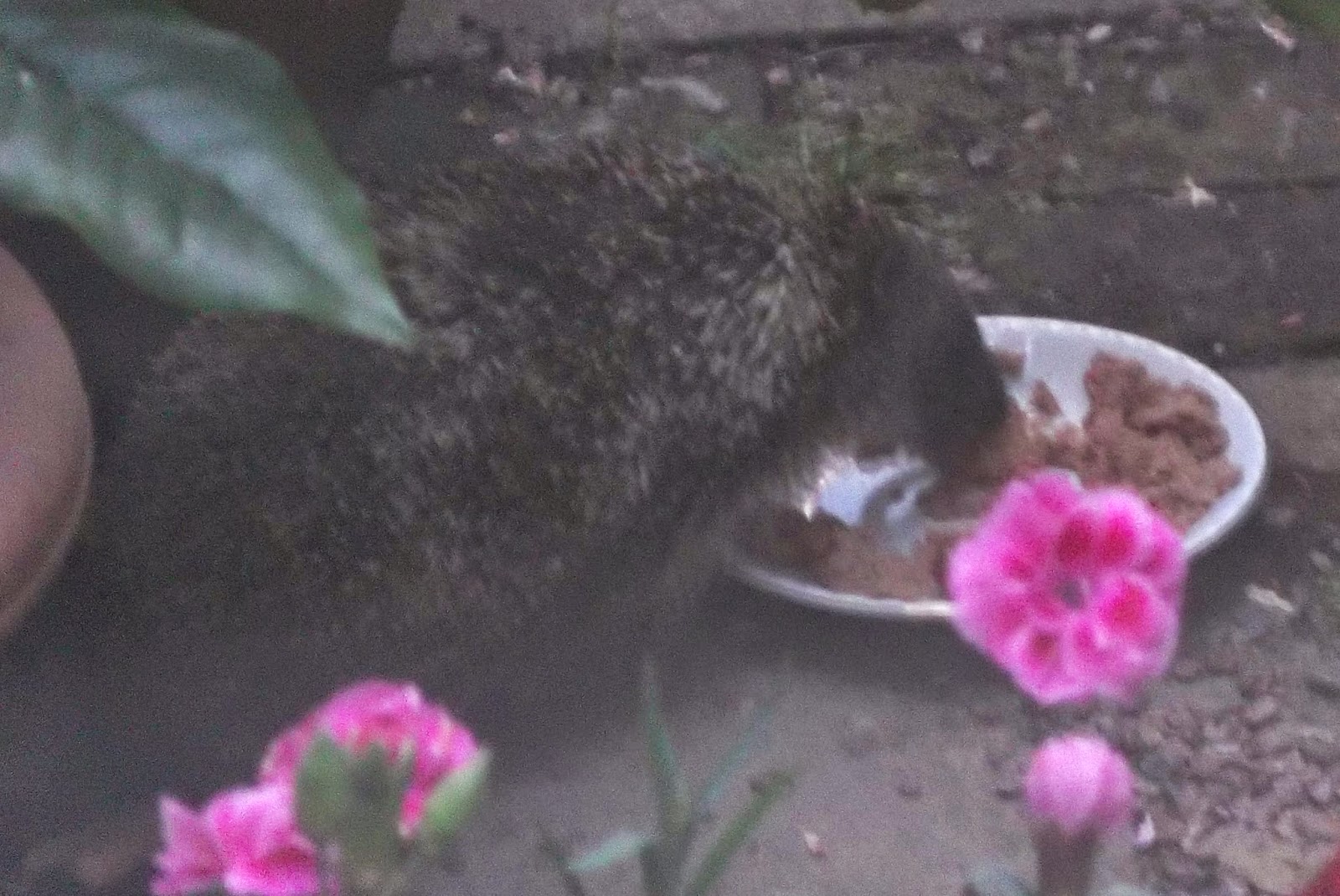 No, not visiting someone else's garden, but a visitor to ours.  Last week, I saw a hedgehog hiding among the pots by the back door.  My first though was one of panic, in case Scruffy was anywhere near it, but he wasn't.  It was around 8.00 pm, so apologies for the light levels and general blurriness of the photos which were taken looking through our sitting room window. 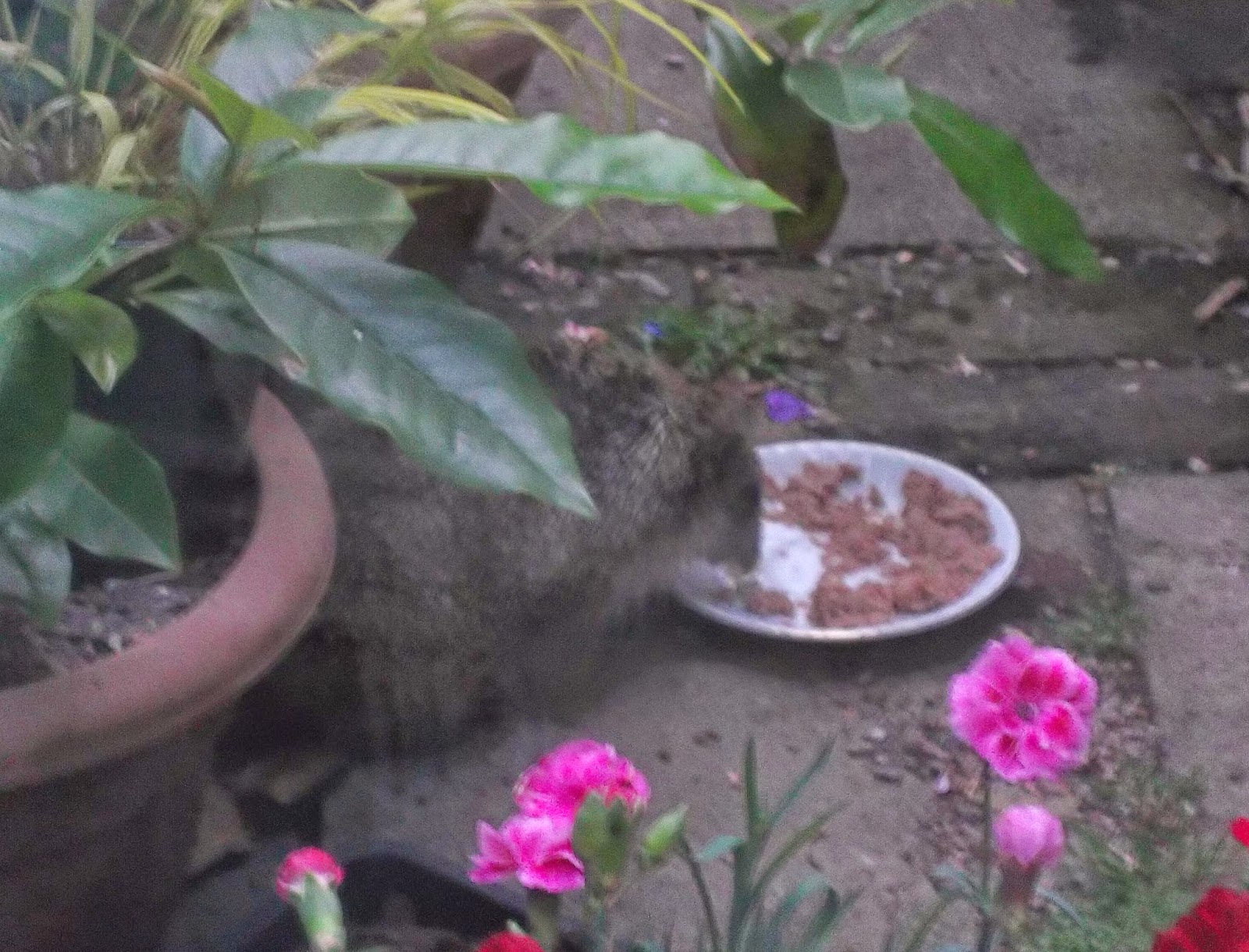 I put some cat food out for the hedgehog and once he/she had smelt it, it didn't take long for it to be gobbled up. 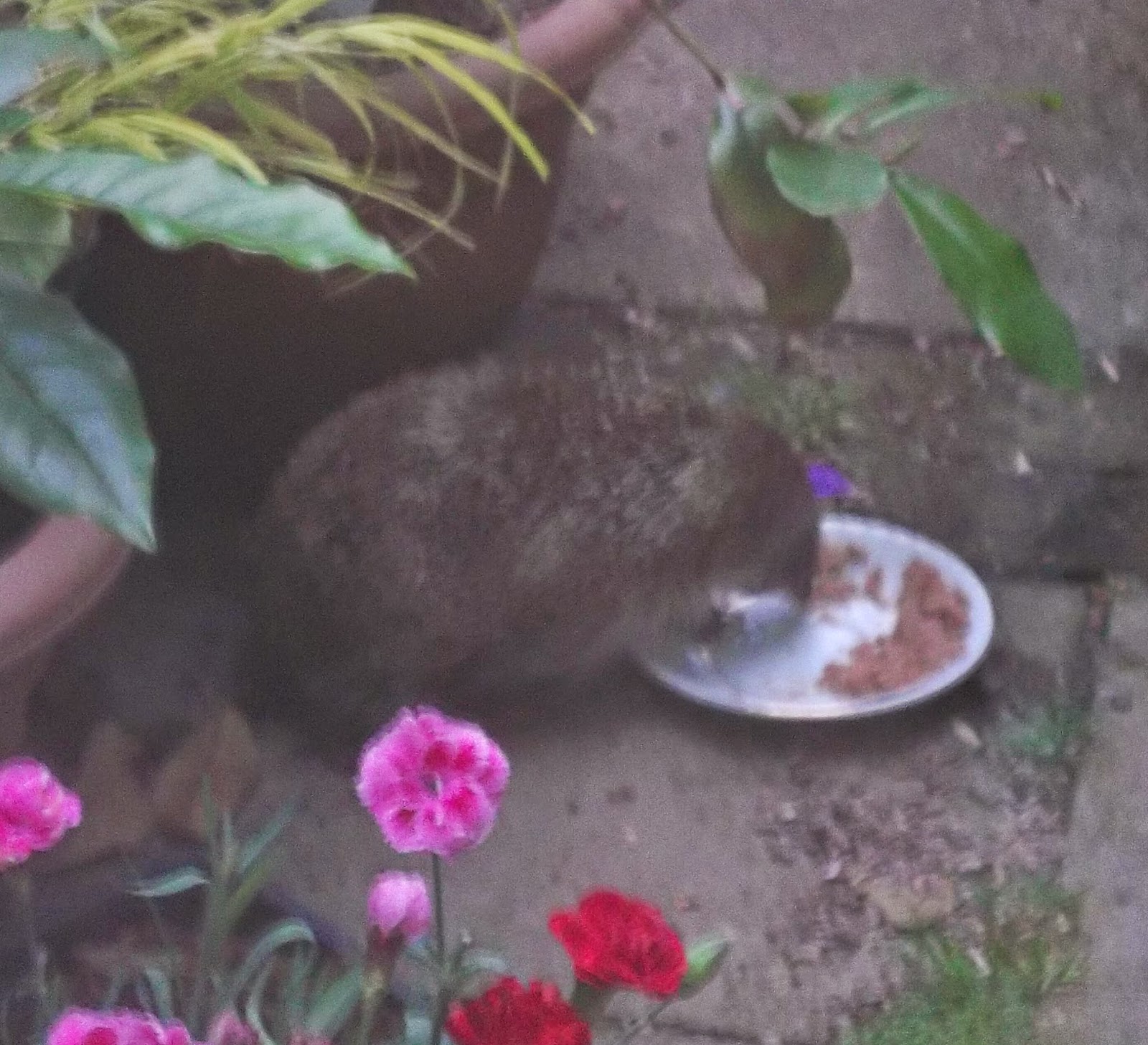 I think he/she was even standing on the plate to get at it! 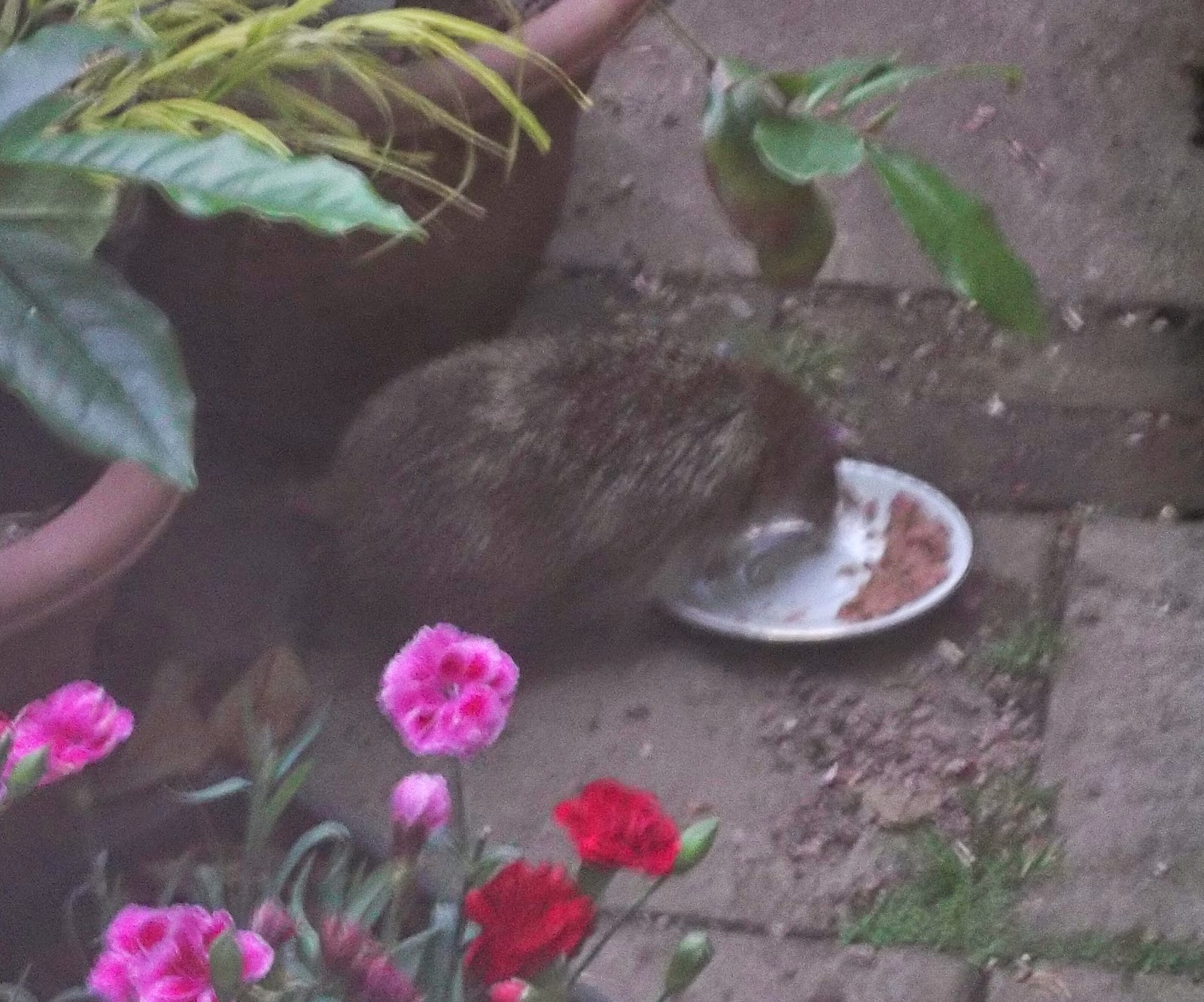 He/she did finish every last bit and then off he/she went on his/her way.  I was thrilled to see a hedgehog as we live in a city, particularly as on the Hampton Court Palace Flower Show coverage on the BBC, there was a report on how these creatures are as endangered in the UK as tigers are in the wild.  Rather a sobering thought.
Posted by Ellie Foster at 17:52