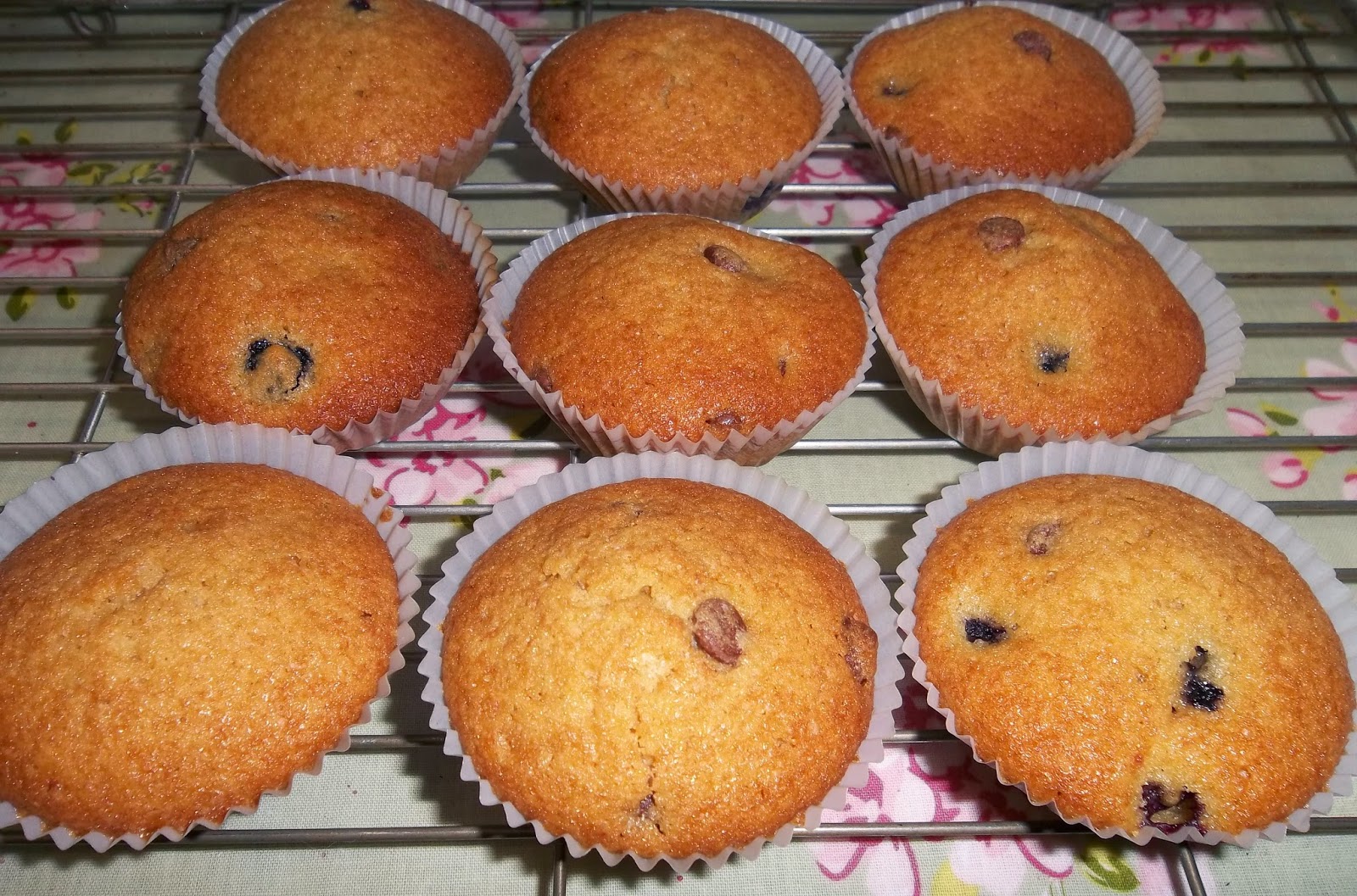 I picked the last few blueberries from my plants this year and decided to make little cakes with them, however, there weren't quite enough.  I found half a bag of chocolate chips and added them in too. 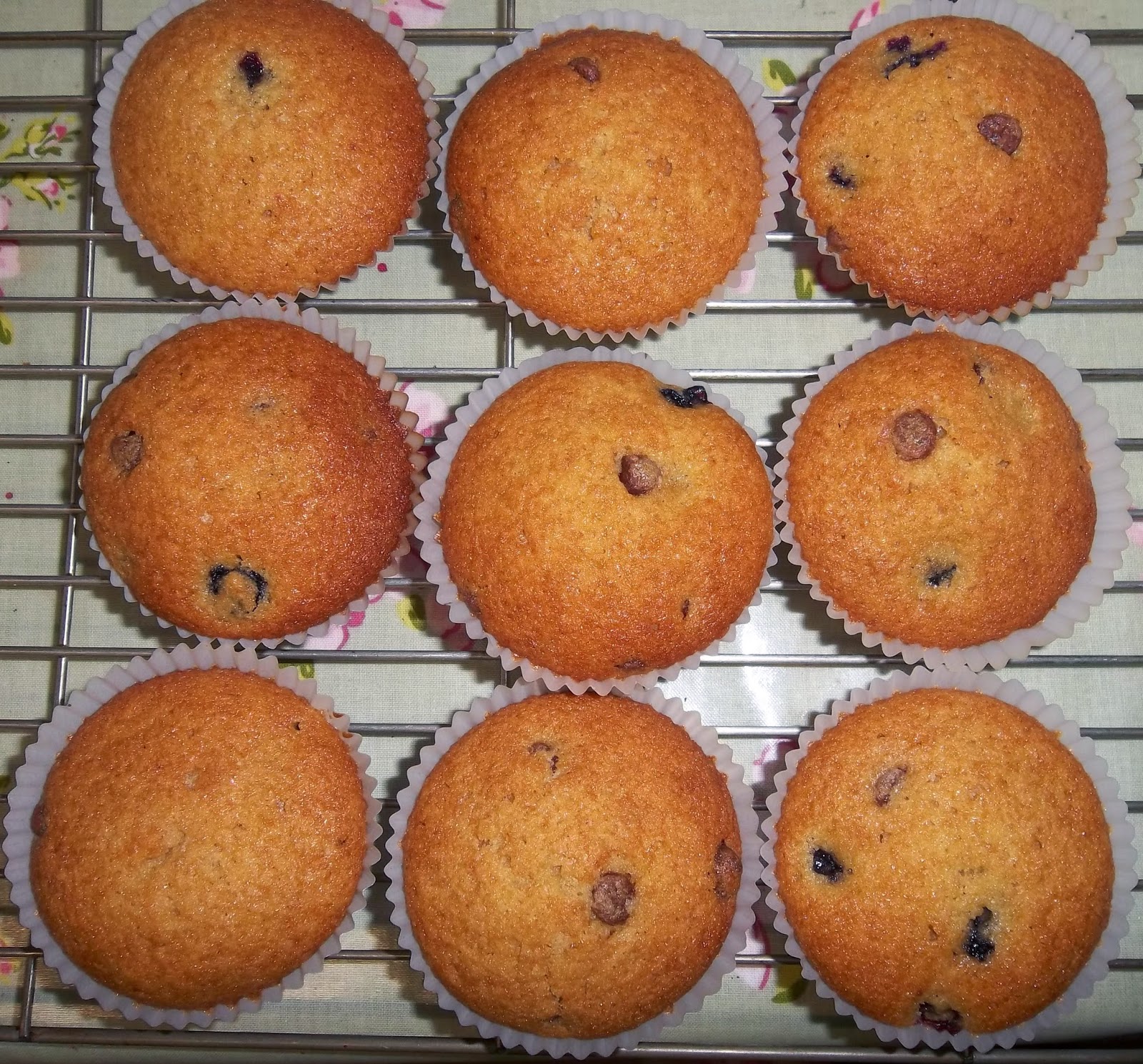 Great result!  The cakes were yummy and the blueberries and chocolate worked well together.  (There were originally twelve cakes, but Chris and I both felt we should test them before I posted about them, hence just nine in the photo!) 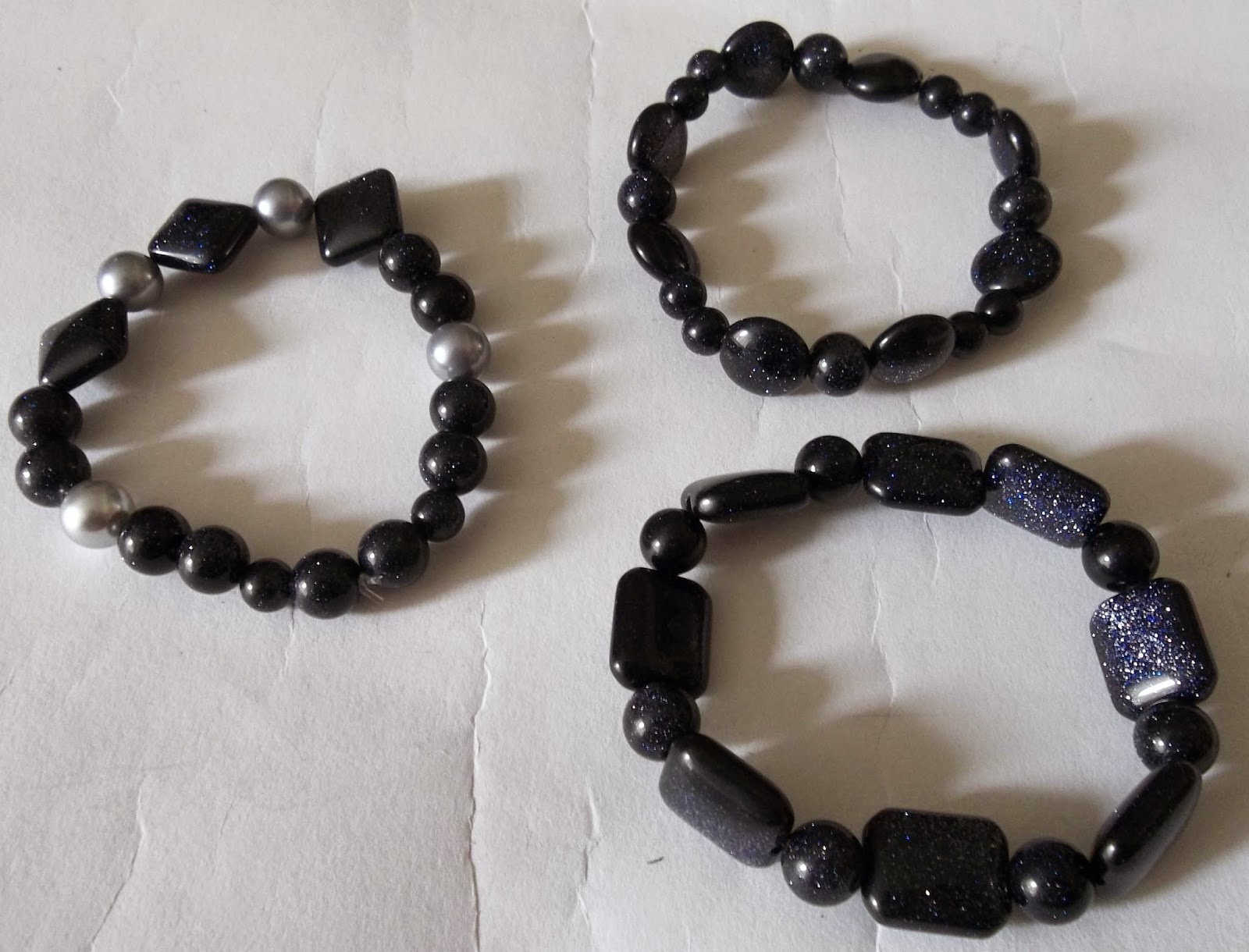 I have been making some really simple stretchy bracelets recently too.  These are the blue goldstone (glass with copper in it to give the beautiful sparkle) bracelets which were the start of my jewellery making obsession.  They were just too big in their original form, so finally, I have sorted them out and can now wear them. 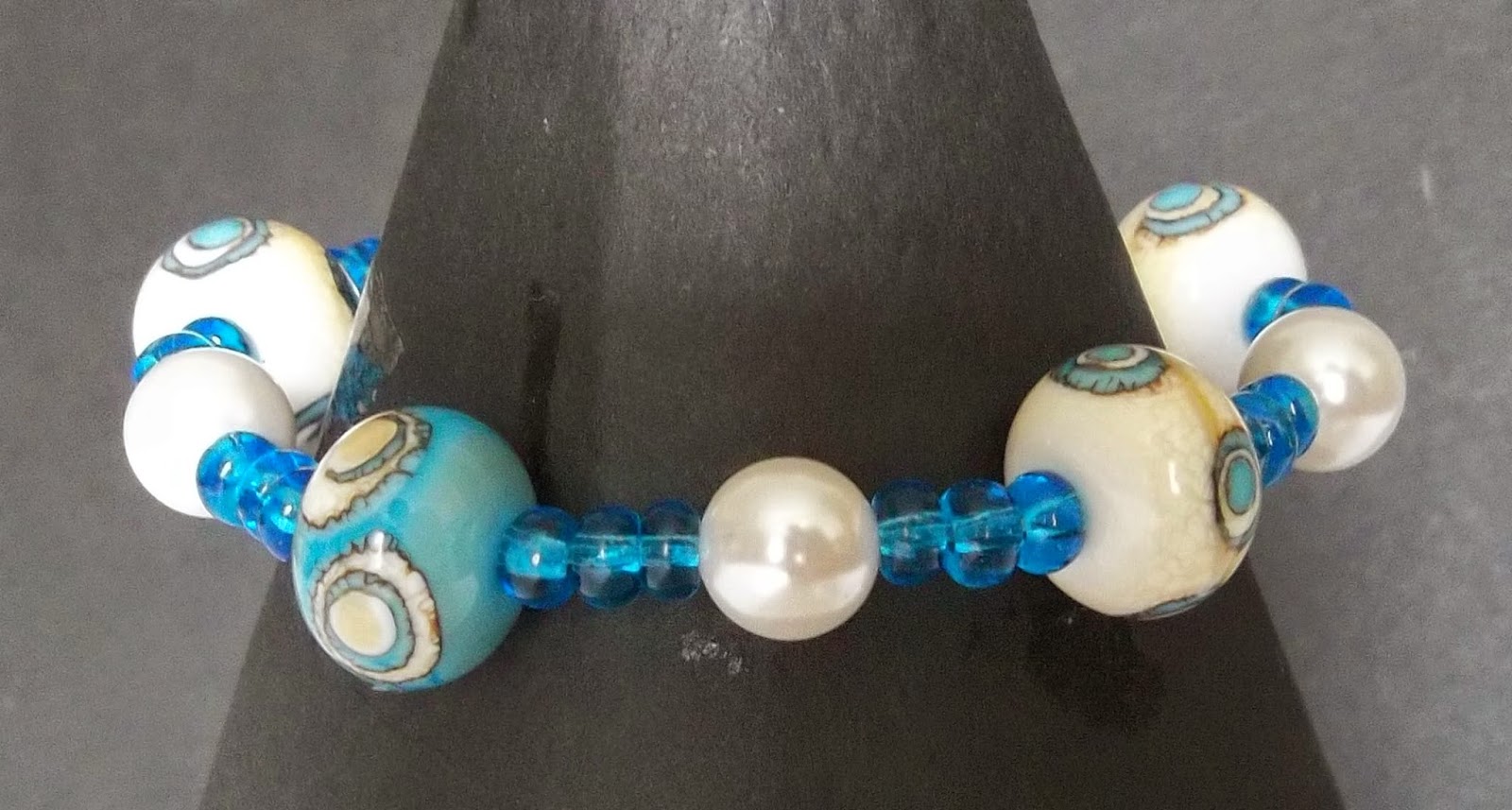 I bought this bracelet from a craft fair and it was originally on beading thread with a clasp.  I had re-strung it so that it fitted, but didn't wear it that often.  I decided to elasticate it so that it was easy to get on and off and I hope I'll wear it much more. 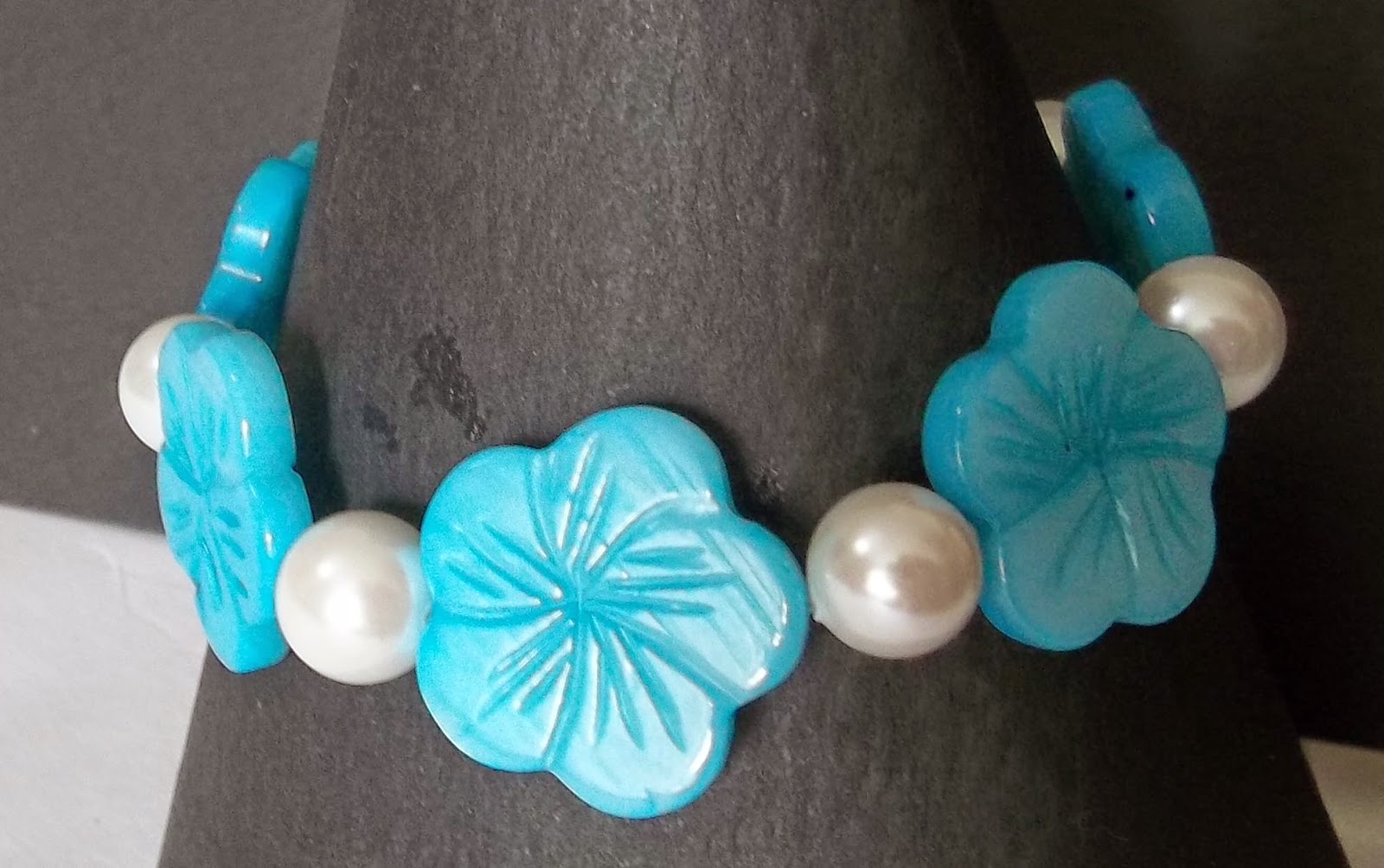 Finally, blue shell carved flowers and shell pearls - pretty and summery.  I think that more elasticated bracelets may well be made in the future.
Posted by Ellie Foster at 16:11