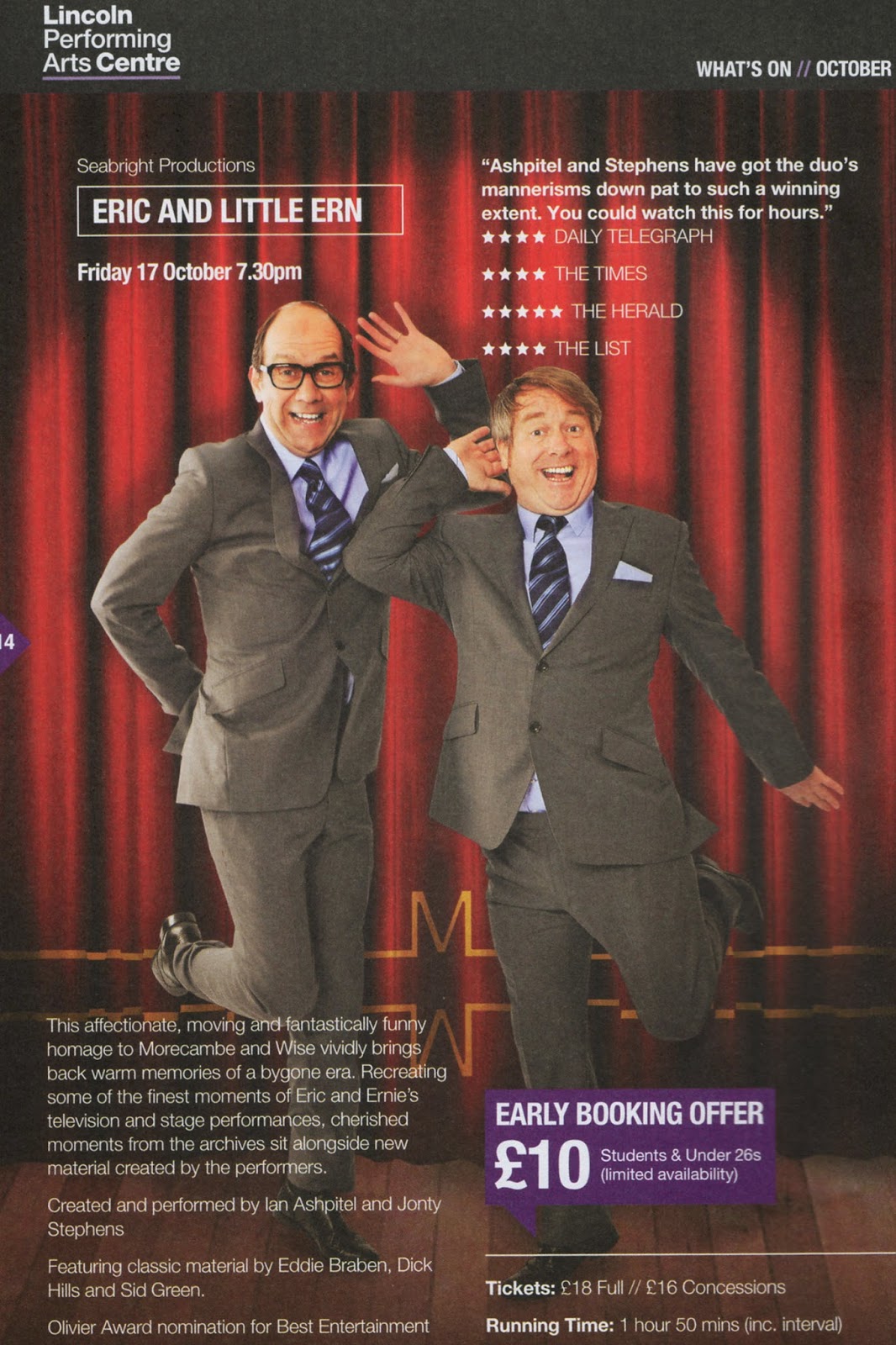 Last Friday, Chris and I enjoyed a lovely evening, beginning with 'Eric and Little Ern'.  It was a very affectionate and joyful portrayal of Eric Morecambe and Ernie Wise in their personal and professional relationships. The actors both did a terrific job, particularly the actor playing Ernie, as there are fewer noticeable characteristics to be imitated.  The first half was set in hospital, with Ernie recovering from a heart problem and Eric visiting him.  The viewer quickly realises that this is after Eric's death, so is he really there, or is Ernie just imagining him?  The second half takes place in front of the famous curtains and is a joyful recreation of parts of the Morecambe and Wise shows, with various ad libs and audience interaction included.  A family sitting next to us had brought their young children and while I encourage children being taken to appropriate shows, they seemed to find the first half  boring. However, they must have enjoyed the second half, as we didn't hear a peep out of them! A woman sitting behind us was almost in hysterics, which the performers picked up on and included.  Chris was also noticed as he has a very distinctive laugh, and this was also picked up on, much to my amusement.  If you are a fan of Morcambe and Wise and this show is coming near you, do go and see it, as it will leave you feeling very happy. 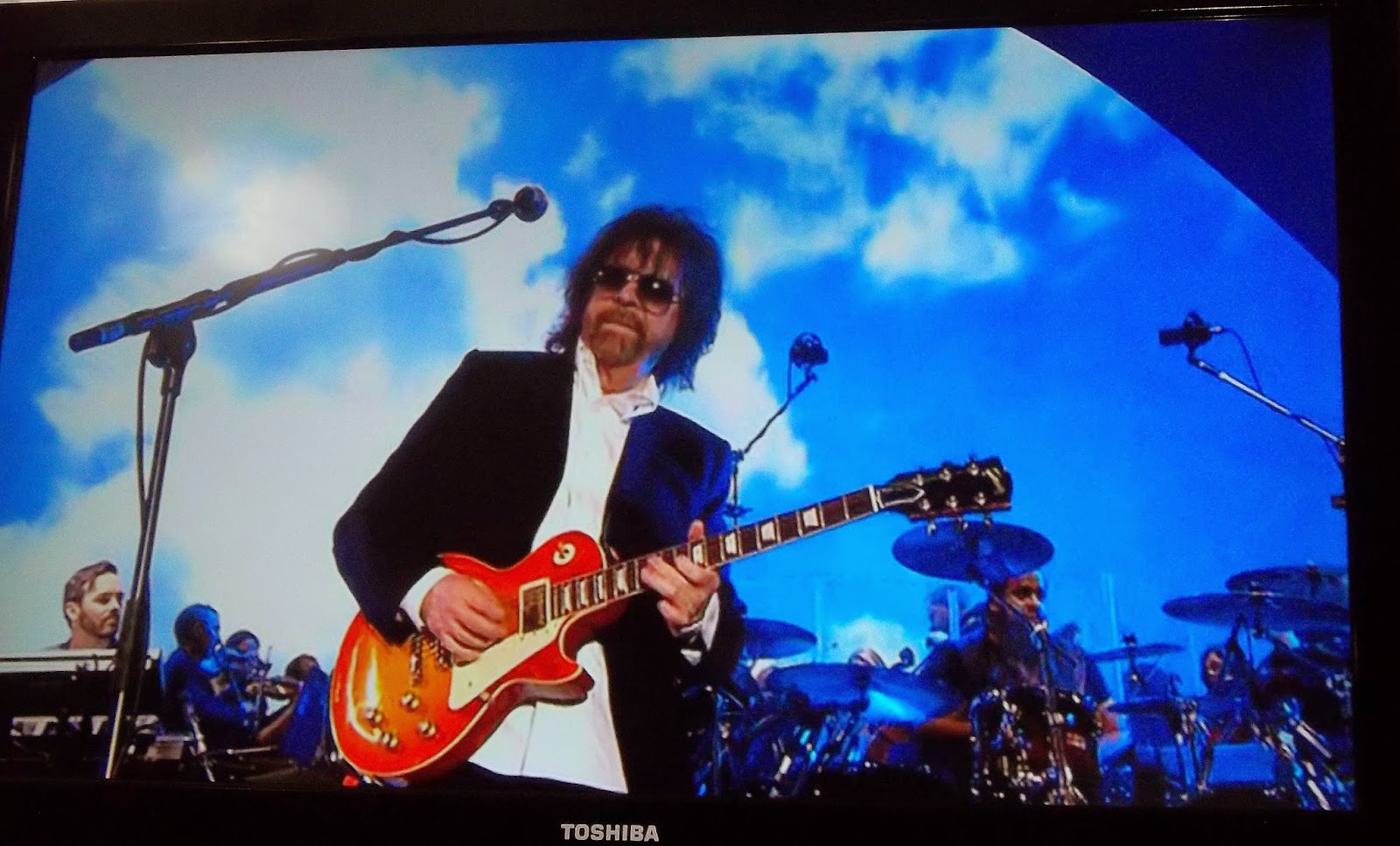 How to follow that? Well, we arrived home to find a concert with Jeff Lynne and ELO, in Hyde Park, earlier in the summer, being broadcast on BBC4.  The photo above shows the man himself during Mr Blue Sky, off our TV.  For sheer happiness, Mr Blue Sky is hard to beat - follow the link! (I have featured this song before, but I love it, so here it is again!)
Posted by Ellie Foster at 17:30