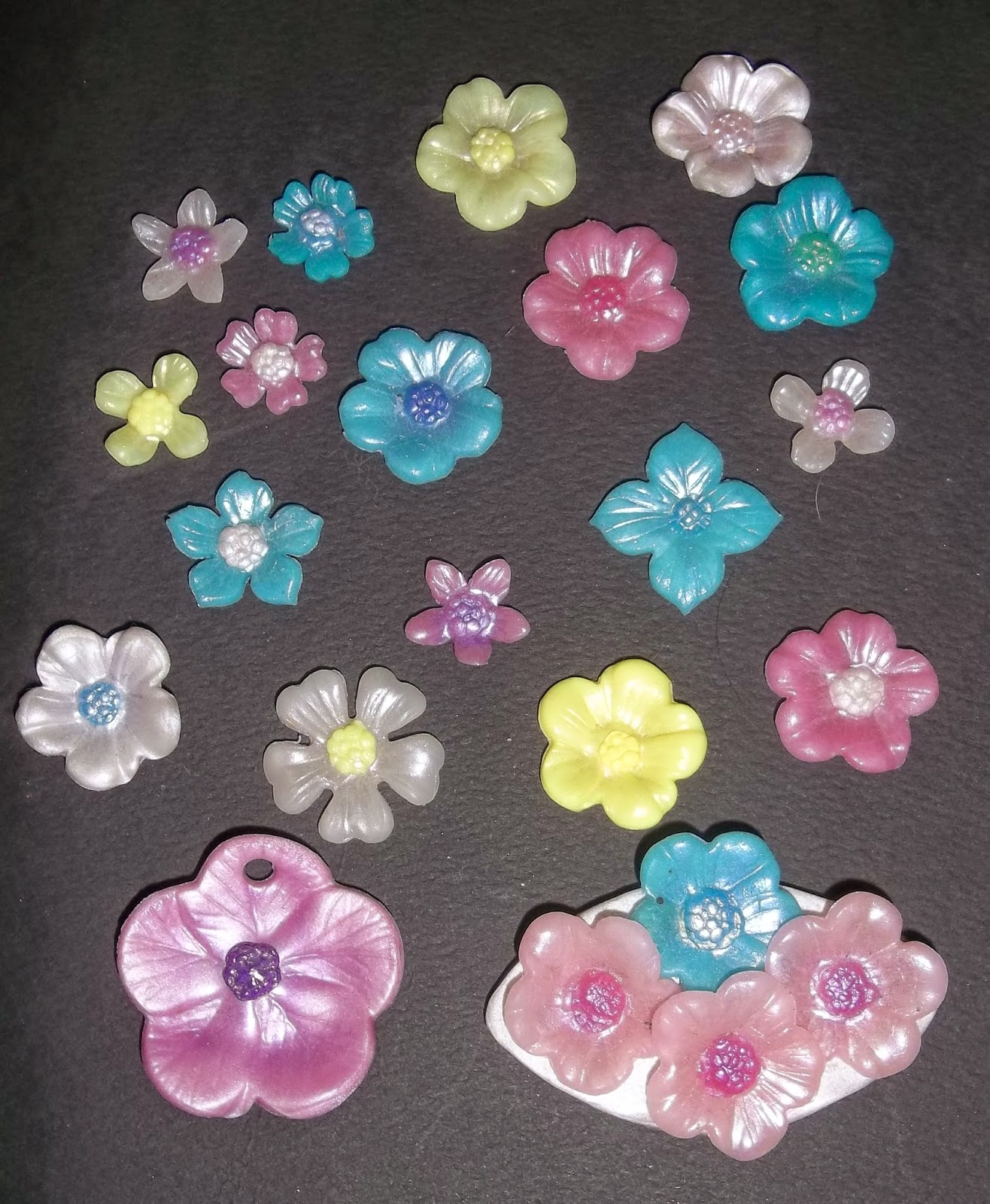 I have been trying out some new flower moulds I recently treated myself to - they were originally designed for sugar paste but work beautifully with polymer (although you would need two sets if you wanted to use them with both).  They gave some lovely results and I produced lots of flowers in a short space of time. I used translucent clay with colours added, blue translucent and pearl.  They were all highlighted using mica powder, to add a bit of shine. 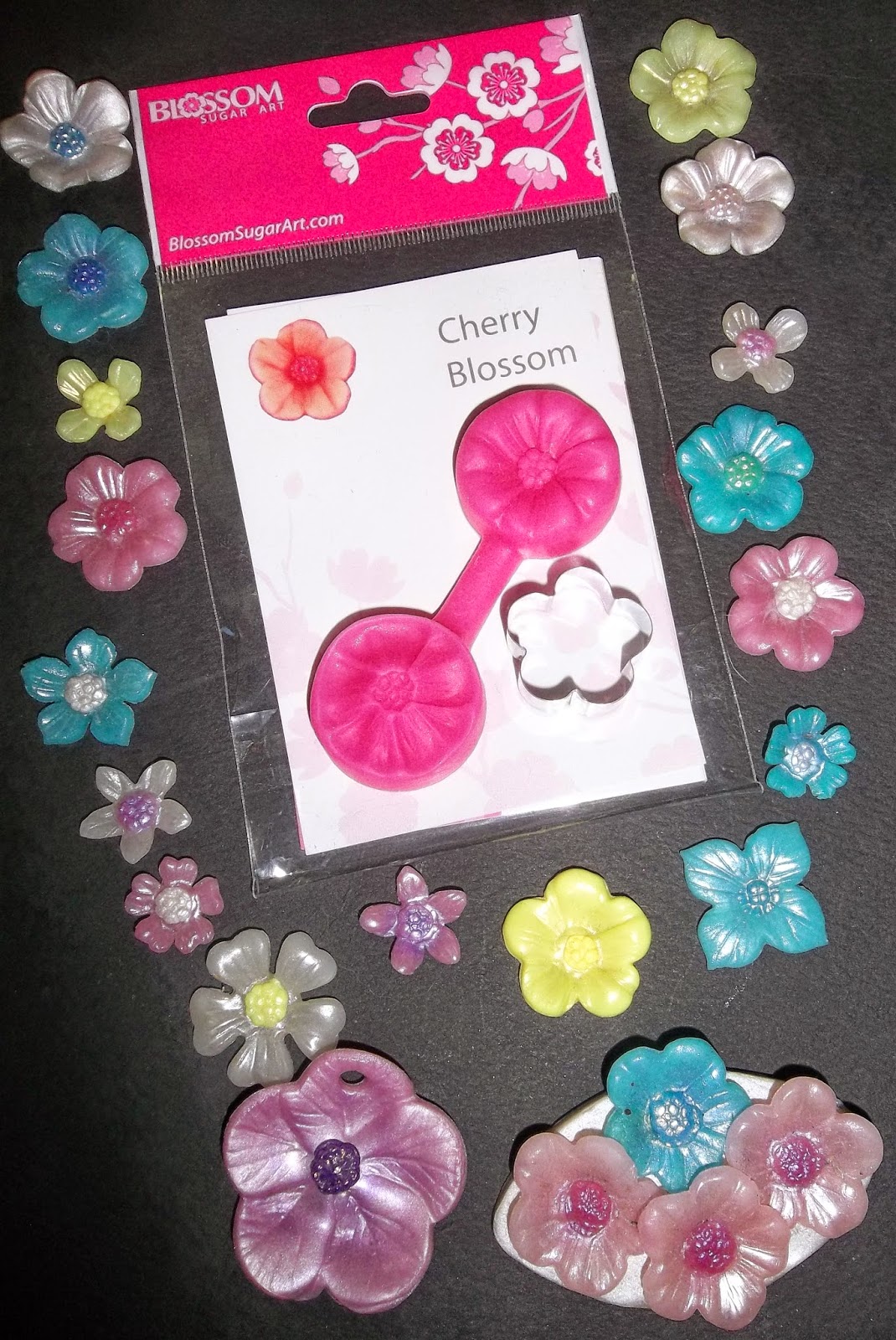 The moulds I used were double sided and there is also a cutter to cut the flower shape first, then place it in the mould, add a small ball of contrasting colour for the centre, press the two sides together and voila!  A flower! They are versatile as the sizes of the flowers can be varied. I need to work on the colours a bit more but I can see a Spring flower necklace taking shape in the not-too-distant future perhaps. 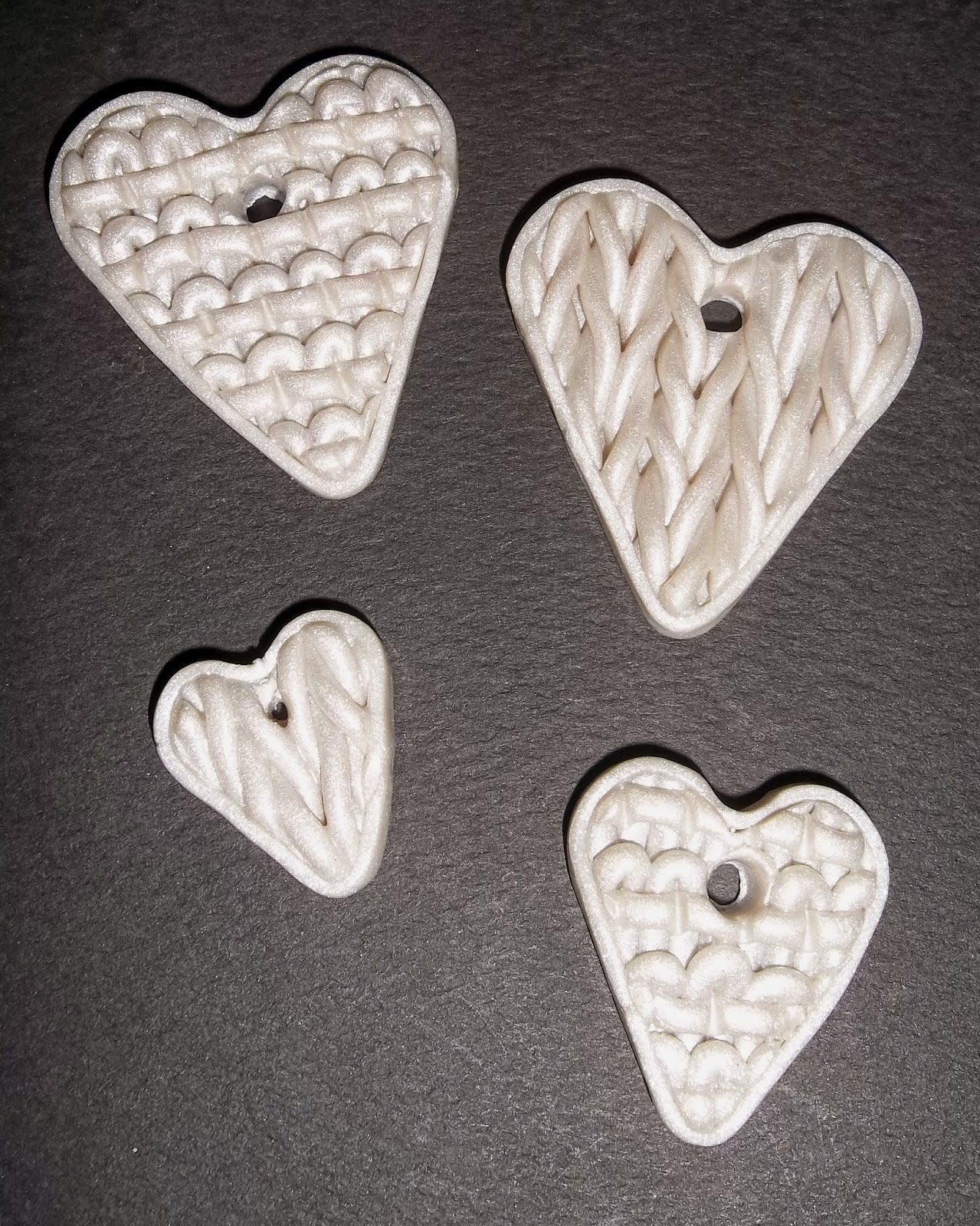 The other thing I tried was pretend knitting in two different ways, both using the extruder tool.  One involved twisting two strands together, then another two in the opposite direction and then placing them side by side to create the pattern.
The other technique was more complicated and involved small loops of clay overlaid with a line which was indented between the loops with a cocktail stick.  I'd like to try these again to look like variegated wool, but I really enjoyed making them.
Posted by Ellie Foster at 20:53