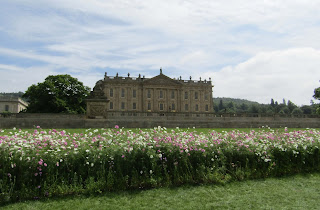 I had a lovely day at RHS Chatsworth last Saturday.  This was the second show and the organisers had learnt a lot from last year.  The traffic was well stewarded and things went very smoothly.  We were incredibly lucky with the weather - it started off warm but dull; however, once we arrived, the sun came out and it was hot.  I needed the suncream, hat and sunglasses I had taken.  Last year, there were not enough seats, which had been improved a lot this year and when we wanted to sit down, we found plenty of seating available.  We sat under a convenient tree for tea and cake and the shade was much appreciated by us all.  Above is the river of cosmos in front of the house - around 12,000 plants, I understand. 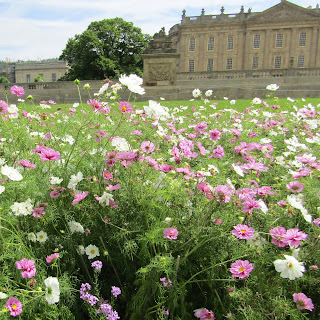 It was very pretty and the insects were enjoying it.

The view across the river with the 'glasshouse' ... 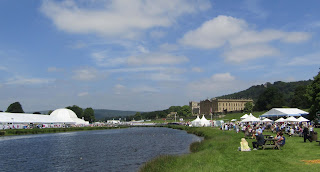 ...and the view from one of the bridges.

(collages created using picmonkey)
There were installations such as these trees and this foxglove.  There was a moving sculpture which fascinated me but which reminded me of an alien - in a photo, it is much less impressive.

There 'long borders' were alive with insects too and contained some lovely planting combinations.  The theme was 'movement'. 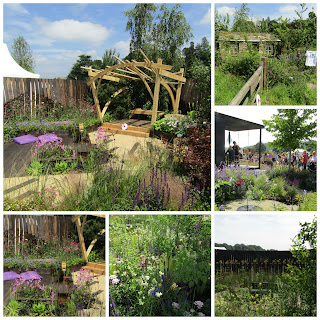 There were some show gardens which all featured naturalistic plantings.  I did like the little Yorkshire cottage (top right). 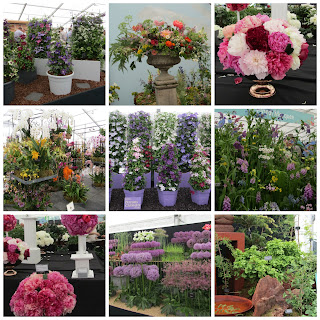 Inside the floral marquees were some beautiful displays although the cut flowers found the heat a bit much. 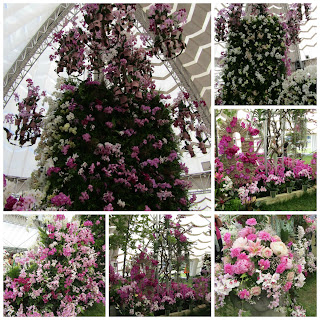 Inside the 'glass house' was this amazing display of orchids, with ferns and lilies.  I spent a lot of the time in there saying 'wow'.  It was stunning. 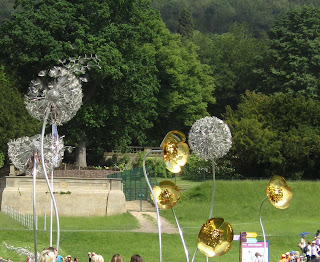 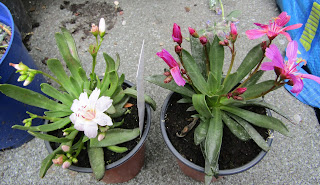 Of course, I bought some plants (and incidentally, kept my crown for spending the most money!).  Above are some lewisias, which I have recently started collecting.  Raspberry ice on the right and Snowberry on the left. 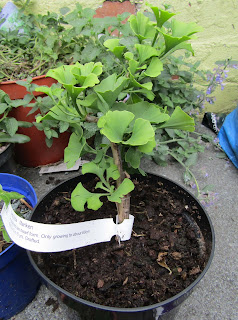 Ginkgo biloba Mariken - a dwarf conifer which I didn't even know I wanted until I saw it.  I love the big ginkgos, but didn't think I would ever be able to have one as they get too big.  This one will only grow to two feet high and it will take it ten years to get to that size. 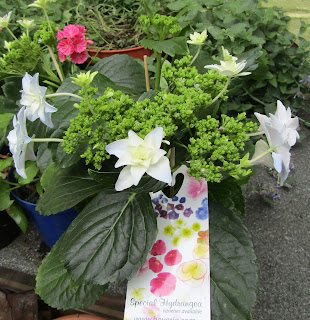 I was after a blue hydrangea as I don't have one and I thought 'Fireworks Blue' would be a good one. 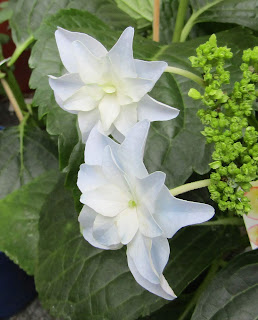 The flowers are a very delicate baby blue. 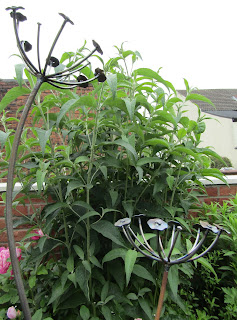 I also bought a cow parsley sculpture, made from nails - much more in my price range than the dandelion! 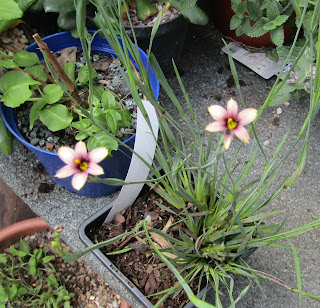 Finally, a little sisyrinchium biscutella whose beigey-purple flowers close when they are out of the sun.
It was a lovely day and I am already looking forward to next year.
Posted by Ellie Foster at 19:38