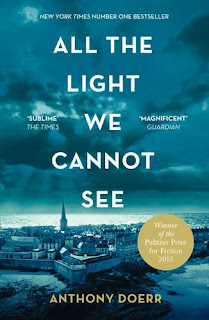 I have been enjoying a wide and eclectic variety of books this year and here are some of my favourites.  (The pictures for the first five books are from World of Books). I don't have images of these books myself because they are on my kindle.  I won't give too much away, just in case you want to read any of them.  The one above had its harrowing moments, being about life in France during WWII, but had a blind heroine and a young German hero.  It had a very satisfying ending and felt as though the story had come full circle. 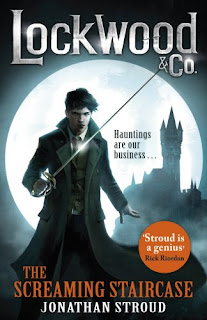 I really enjoyed the fast pacing of the Lockwood & Co stories, although there are some scary descriptions and situations for the group of young ghost hunters through the five book set.  They are Young Adult books but I know that I wouldn't have been able to cope with them as a young adult and even as an adult, I can't read them at night. (Even in the daytime, I have to check over my shoulder!) The series comes to a satisfactory conclusion and the huge increase in ghostly activity is explained.  I am not sure, but I feel that one of the characters might also feature in the Bartimaeus books by the same author. 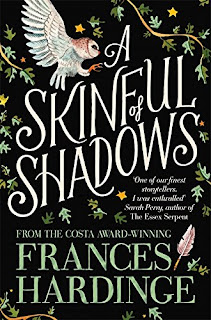 A colleague at work recommended this book which I thought really original and interesting.  it's another Young Adult book and is also about ghosts, but is set in the Civil War and concentrates on a family with a rather interesting ability.  It was one of those stories which I just had to read with no other distractions. 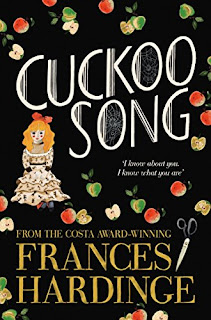 Another Young Adult book by the same author which had a fascinating premise and described some disturbing events, but was ultimately another satisfying book. 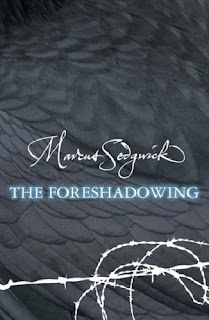 This was also recommended by a different colleague and is based around and in WWI, with a heroine who, like Cassandra, can see the deaths of people around her.  It was another Young Adult book but again, kept me gripped. 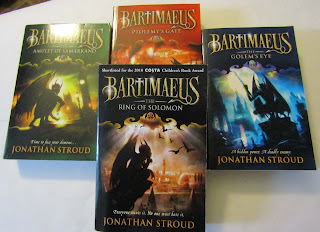 The final Young Adult books, by the Lockwood & Co author, with the same snappy dialogue but this time featuring a very sarky demon who enjoys belittling the reader (and any other humans) with comments in footnotes.  I enjoyed them all, but my favourite was the 'prequel', The Ring of Solomon. 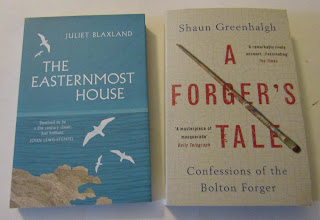 Moving away from Young Adults, I really enjoyed the beautiful writing in the Easternmost House which I felt deserved to be savoured, so I took my time reading it.  It is a year in the life of the author, living in a house that will have to be demolished as the sea erodes the cliff on which it stands.  The description of the coastal and countryside life she leads, the attention to nature and appreciating it all makes this book special.
I was riveted to a brief series on BBC4 recently, called Handmade in Bolton.  Each week, an incredibly talented, self-taught man called Shaun Greenhalgh was challenged to recreate a artwork from previous times - a gold eagle, infilled with garnets and amethysts, a Pallissy ceramic dish, a Nottingham alabaster carving and a rock crystal bottle.  This Renaissance Man was Shaun Greenhalgh who was convicted as a forger and spent time in prison.  He has an amazing knowledge of so many art forms and how they were created.  Having watched the series, we ordered his book which he wrote while in prison.  If you haven't seen the programmes and are able to watch them on iplayer, I recommend them. His book is written in a very accessible style and explains how he taught himself all the different techniques and how he got drawn into forgery. I haven't finished it yet but am enjoying reading about him.  I am sure his work will be collected because it is by him - he can turn his hand to so many types of art and craft. 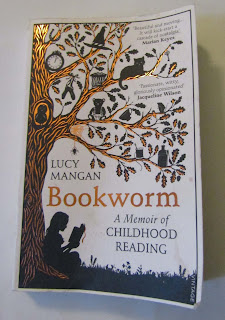 This book was a real trip down memory lane, delving into the childhood reading of the author.  Some books were familiar, some less so, but she is a kindred spirit! 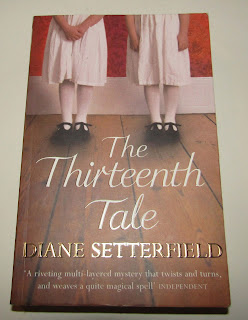 Finally, a gothic tale which has left me with some unanswered questions.  It kept me gripped and had elements of Victorian novels such as Jane Eyre, The Woman in White and Lady Audley's Secret.  In the beginning chapters, the author describes what it is like to be a reader, to have characters stay with you and to resent starting a new story and having to push previous stories aside.  The story twists and turns, with disturbing elements and lots of 'ah, I see' moments too.
Posted by Ellie Foster at 20:19