The garden at the end of November 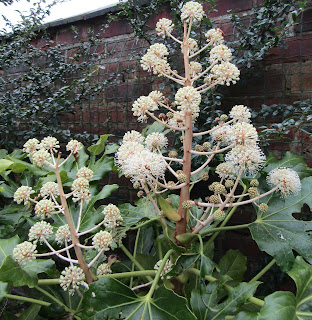 The garden is starting to settle down after the unusual heat of the last summer and then the copious amounts of rain over the last month or so.  The Fatsia japonica is in flower again - seemingly too late for insects and probably going to be frosted soon too. 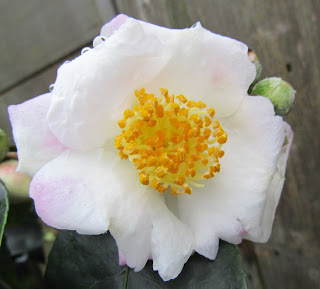 Camellia SasanquaYoimachi is in flower too. It is supposed to flower from now onwards, but last year it didn't flower until Spring.  It has such delicate colours in the flowers and provides a splash of brightness at the rather dark bottom of the garden. 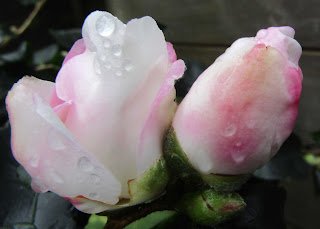 The buds are beautiful too. 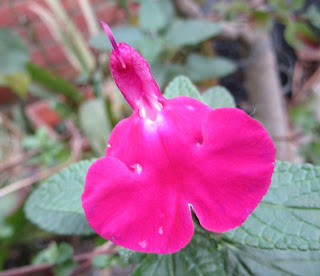 Salvia microphylla Cerro Potosi has been an absolute star this year, with its small bright fuchsia flowers. It started to flower in July and has continued until now.  I have two plants in pots and they are a little straggly, but I don't mind that when they are such good flowerers.  I am debating whether I can squeeze one into the border...  They are hardy down to about minus 10 degrees C, so I am hoping they will survive the winter.

It is always nice to welcome a drop of sunshine into the garden at the approaching darkest time of year, in the form of winter flowering jasmine, Jasminum nudiflorum.  Another straggly looking shrub in habit but I love it nonetheless.  (Note to self - if I occasionally pruned it, it might look less straggly!)

Bulbs are starting to be seen and the winter flowering honeysuckle is already putting out buds, which is a little unusual, but I think that is down to the weather patterns this year.