Finished project 'Pincushions' - the pumpkin and the pork pie 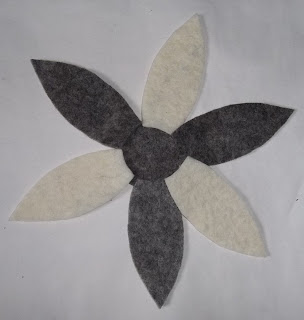 I cut the felt which was featured in my last post out into sections to create the pincushion shape that I had in my mind.  I used a felt ball pattern which I adapted to give a base.  In my head, it all seemed so simple.  Cut out, sew up, add a base of cardboard on the base piece, stuff and sew up.  In reality, it actually did work out like that and was quick to make up.  I was pleased with the end result and the way that I had left the stitches showing as a feature, rather than turning it inside out.  However, it was rather too big and the more I looked at it, the unhappier I became.  So, I knew it would have to be taken apart and made up again, but smaller this time. 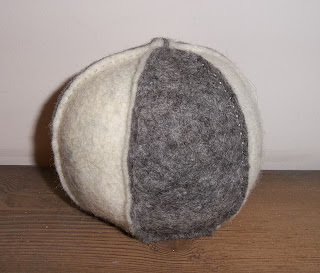 I adapted the pattern again and tried to make the pieces smaller while retaining the shape.  It was fine the second time although it didn't fit together quite as well as the first one had.  I then set about making a simpler one with two circles and a strip round the centre but had a problem remembering how to work out the circumference of a circle (O level Maths didn't turn out to be very helpful as although I vaguely remembered having to use 3.14 and the radius, apart from that, it was no use).  So, in the end, I used two strips of felt and sewed them in place as I went.  It worked out in the end, despite my lack of memory for formulae. 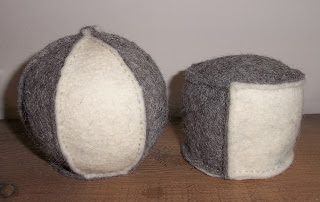 Here are the finished products - the pumpkin and the pork pie.  I think I like the pork pie one best but I'll let you know which my colleague prefers. 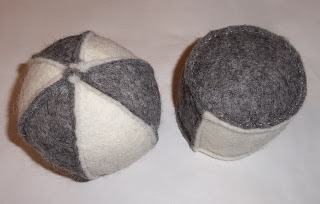