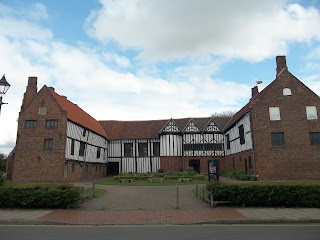 Yesterday I enjoyed my first visit to Gainsborough Old Hall which is a fantastic old Manor House in Gainsborough, Lincolnshire.  Like all ancient houses, it has been added to and changed over the years to accommodate the families who lived there.  There is a link to Henry VIII and Catherine Howard who stayed there, John Wesley who preached there and even to the Pilgrim Fathers who were helped by the family at the time, as well as others who were not adhering to the religion of the time and needed escape routes to Europe. 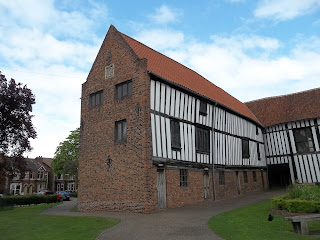 The crooked buildings are beautiful to look at and were in danger of being demolished in the 1940s when they had fallen into dereliction.  Luckily, a group called the Friends of Gainsborough Old Hall (I think) were formed with the sole purpose to save the buildings and eventually restore them.  The Hall has recently undergone a major overhaul, having secured extra funding, and now has a lovely cafe, interactive, touch-screen guides which have videos, audio dramatisations, information about architecture and other interesting facts which you access as you travel through the rooms, and interpretations of how some of the rooms may have looked in the past. 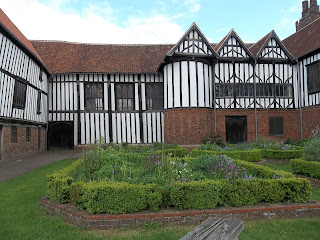 The circular area contains a staircase which leads up to a long gallery on the right of the photograph.  The garden has been created to show the types of plants that may have been grown in medieval times - used for cooking, perfume and medicine. 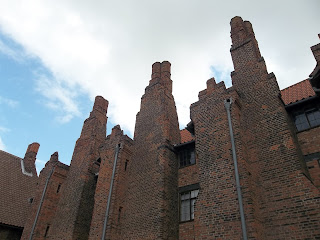 A selection of chimneys. 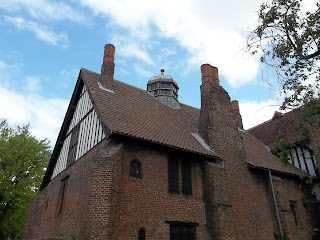 The kitchen, which originally had a 'louvre' in the roof to allow smoke to escape.  The cupola that can be seen in its place is Victorian, but the original louvre is on display in the house (photo in my next post) 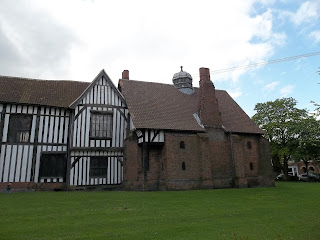 Around the side of the kitchen. 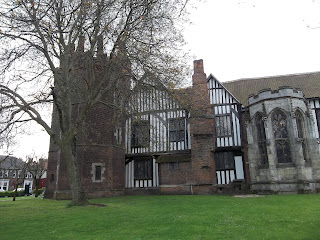 The stone bay window of the Great Hall can be seen to the right. 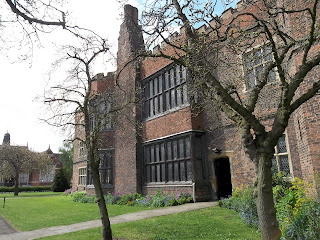 The entrance door, leading into some wonderful interior spaces - photos to follow in  my next post.
Posted by Ellie Foster at 21:43