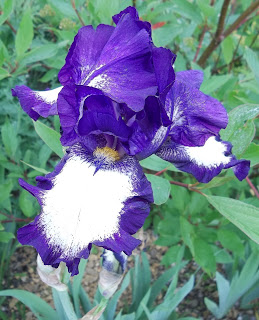 Yesterday we spent a very nice afternoon in a village a few miles away which was having an open gardens afternoon.  The gardens varied in size and style, but all were very well maintained and, considering the cold Spring we have had, were all full of flowers.  Some were a little too regimented for my liking, but I admired the owners' skill. 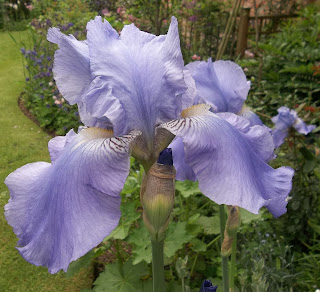 Irises were much in evidence, as were alliums, aquilegias and weigelas. 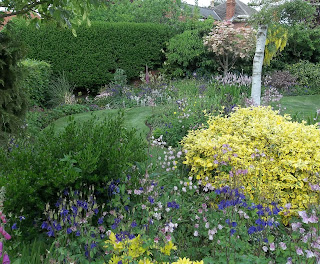 This was the last garden we visited and had lots of exuberant planting. 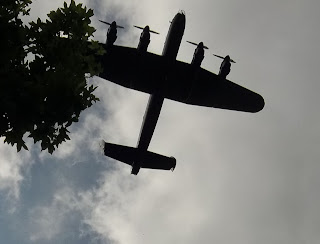 As we were having a lovely cup of tea and piece of cake, we were treated to a flypast from the Battle of Britain Memorial Flight Lancaster.  It came over three times, but, unfortunately, these were the only photos I managed to get. 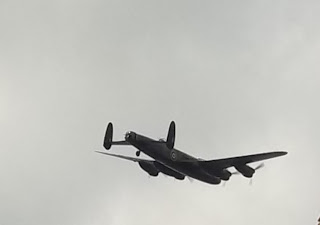 I think seeing this aeroplane may have been a highlight of the afternoon for many people!
Posted by Ellie Foster at 12:39