Rossetti and one of his Stunners 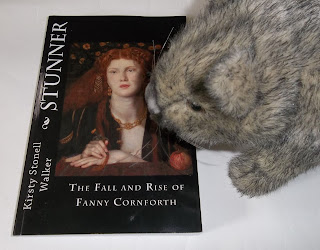 I haven't posted a Wombat Friday post for a while, so thought I should remedy this, even though it is Saturday.  I am currently completely obsessed by The Pre-Raphaelites again (this is something that happens every so often and has done since I was about 16). This obsession manifests itself in finding images on the internet and spending on more books about the Pre-Raphaelites (Burne-Jones, Ford Madox Brown (although he wasn't really one of them, but was a huge influence) and Rossetti at the moment).  I am also fascinated by the models they used in their paintings and their lives as real women, not just immortalised in paintings and drawings. I have found that the Pre-Raphaelites are a bit like Marmite - there doesn't seem to be any middle ground - either love or hate. The paintings are so brilliantly coloured that you can't help but look at them, but I am finding as I age (mature?!), that I am preferring the preliminary drawings and studies to the finished works.
Having just finished the above book by Kirsty Stonell Walker about one of Rossetti's models, Fanny Cornforth (original name, Sarah Cox), which was fascinating, I wanted to find some images of her in drawings rather than paintings. (Kirsty's Blog is a fabulous one if you are at all interested in Victorian Art - link here)  Fanny Cornforth was unusual because she was not a sylph-like, frail Victorian woman; she was healthy and often called 'fat' - somewhat unfairly, I feel.  Her waist was not corseted down to 18 inches, or some ridiculous measurement, so for that, she was unusual.  She had a beautiful face and beautiful hair and it was this attribute which Rossetti first saw.  Apparently, he accosted her in the street, grabbing at her hair and pulling all the pins out.  Kirsty Stonell Walker says that this was like someone coming up to you in the street now and undoing your blouse - a huge and personal intrusion, verging on assault.  However, from this rather 'violent' beginning, they had a long relationship, although she was often thrown aside when another model or muse took his fancy.  His drawings of her are, I think, stunning. 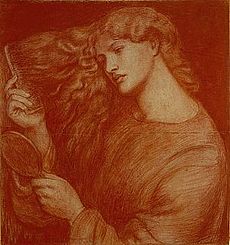 He was a master of chalk drawings.
A delicate drawing showing a pensive expression. 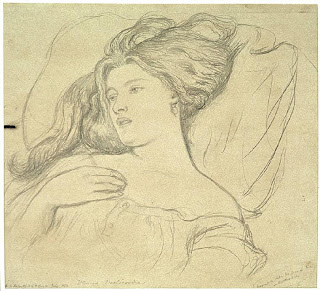 Her hair is a focus of these drawings. 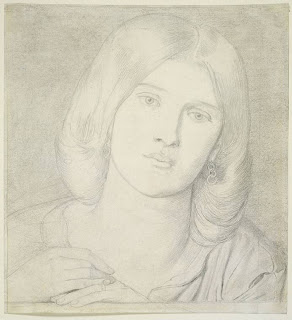 A very wistful and melancholic expression. She was also one of the only models who had earrings included in drawings or paintings. 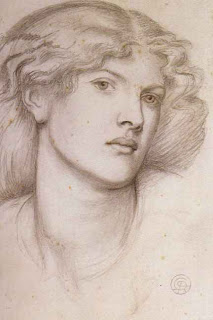 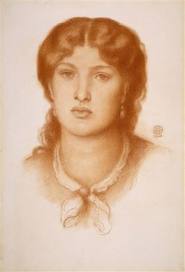 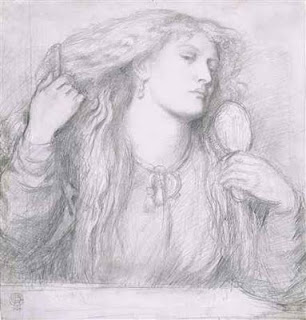 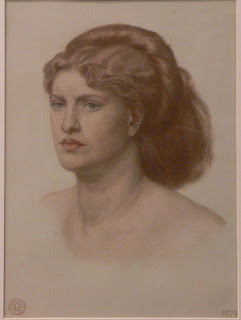 In this portrait, I think I can detect a slightly suspicious expression and almost a frown, although her hair is still the main focus.﻿
﻿ 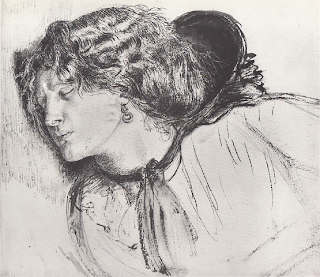 This was one of her most famous images - that of a prostitute, in the unfinished painting 'Found'. 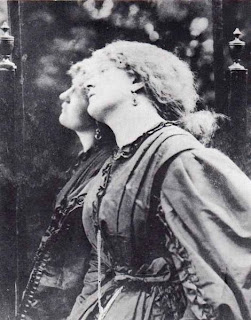 Here is a photograph of her, echoing the pose from the portrait above and wearing the same earrings.  Not a terribly enlightening photograph - it would have been interesting to have seen her face, rather than her profile.  The end of her life is a little mysterious - Kirsty Stonell Walker thinks she may have died abroad.  She came from humble beginnings, was a servant, then came to London and was probably a prostitute, before modelling for Rossetti.  She always seemed to be on the edge of society - Rossetti's friends didn't like her much and were suspicious of her.  However, she was a loyal lover and friend of Rossetti, and I have a great deal of respect for her.
Images from various sources including: Birmingham Museums and Art Galleries, National Portrait Gallery, Tate Britain.
Addition: 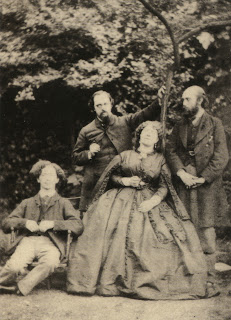 Here is the photograph of Fanny facing the camera mentioned in a reply (see below), but unfortunately, she still appears annoyingly unclear.  it was taken by Downey in 1863 and includes from left to right, Swinburne, Rossetti, Fanny and William Michael Rossetti. 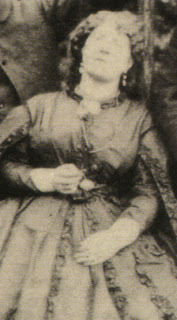 Even with a close up, I'm not sure we are any the wiser.  Very enigmatic...
Posted by Ellie Foster at 14:01