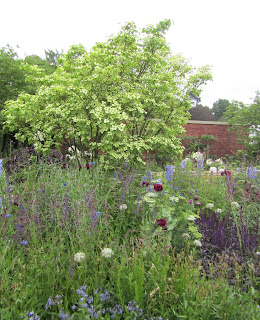 This is quite a photo heavy post, so sit back, have a cup of tea or coffee and share the show gardens at RHS Chatsworth 2019 with me.  The Wedgewood Garden was awarded best in show and was designed by the youngest designer, Jamie Butterworth.  It was beautiful. 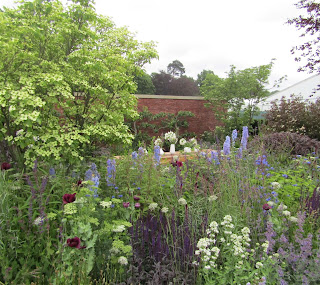 The colour themes of purple, white and green were featured in lots of the gardens. 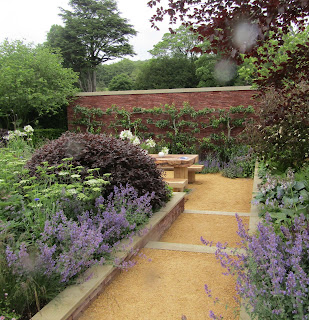 As you can see from the rain on the camera, it was a drizzly day on Saturday, but this didn't dampen our enthusiasm.  I thought the chunky bench and table looked really effective in the slightly sunken part of the garden. 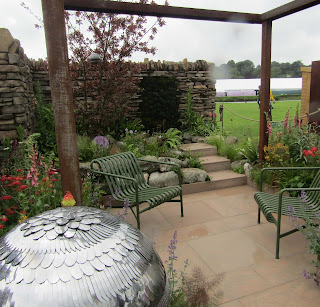 This was the Elements of Sheffield garden by Emily Barnes.  The moss on the beautiful dry stone wall was part of the water feature. 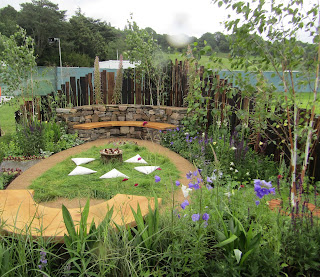 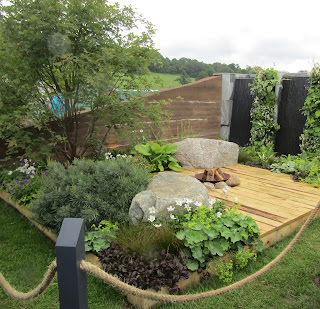 The Eutierra garden by Neil Sutcliffe had a compressed earth wall which made a lovely backdrop to the planting.  I liked the big stones used as seating too - no worries about maintaining them! 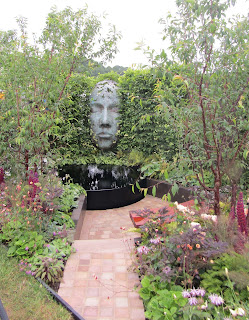 This was my favourite small Mindfulness garden - Thrive Reflective Mind Garden by Richard Rogers.  For a small space, it was a quiet and meditative space and the serene face added to the feeling of calm. 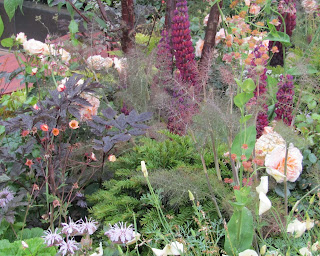 The planting was purple, white and green again, with touches of peach. 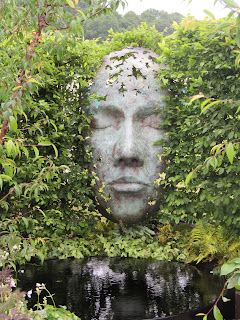 I liked the sculpture so much, I though it needed its own photo. 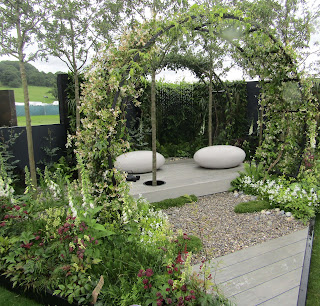 The Space Within garden by Rae Wilkinson won an award and featured a curtain of water coming from the second arch.  The first arch was covered with trachelospermum jasminoides which would have perfumed the air on a sunny day. 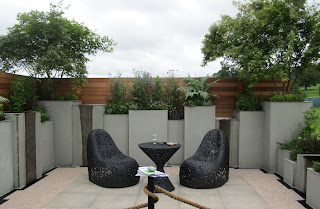 For a complete contrast, there was the Tending the Mind garden by Brent Purtell.  I could imagine this as a roof garden in an urban area.  There were three water features in this garden. 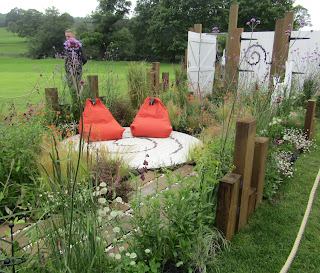 The Find Yourself...Lost in the Moment garden by Samantha Harvey focused on spirals and also included a touch of orange in the planting and with the seating.  Although the beanbag chairs looked comfy, I think I would have had trouble getting up out of them! 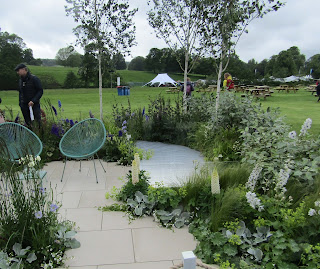 From Darkness to Light by Lynn Heslop showed the journey through a traumatic experience, with dark planting at the back of the garden, gradually lightening as it opened out into the seating area. 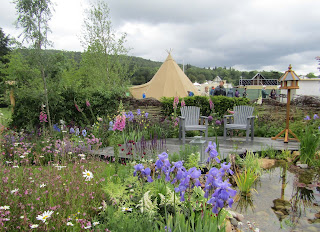 This was probably my favourite garden, the RHS Garden for Wildlife: Wild Woven garden by Sharon Hockenhull.  It was beautifully planted with insect and bird friendly plants and included a pond, bird tables and insect hotels. 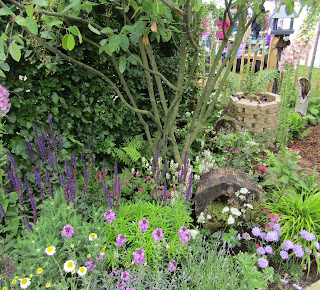 It was also lovely to look at and was one of the only gardens we could actually walk through. 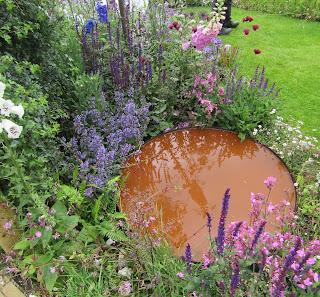 Despite the rusty coloured water, I really liked the reflections of the planting in the bowl.  It was a really enjoyable show and was also really good to see so many female designers taking part.
Well done for making it through this post! Part two to follow, including the floral marquee, lots of trees and what I bought.
I will finish part one with some professional photos of the RHS Wildlife garden, showing more of it, taken from the RHS Chatsworth website here. 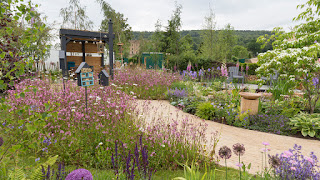 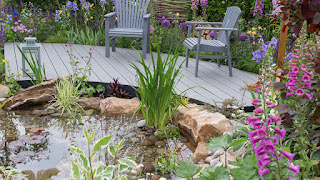 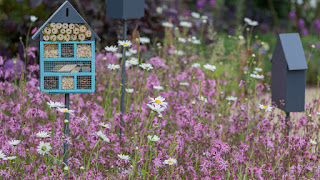 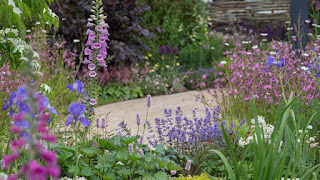