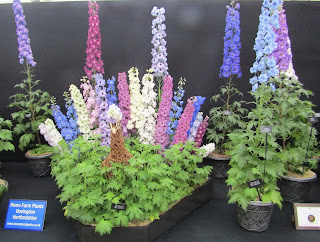 Here's the second post about our visit to RHS Chatsworth.  Inside the Floral Marquee are a plethora of stalls selling pretty much any plant you could want.  They are have beautiful displays, showing their plants to perfection.  I thought the Delphinium Peacock above was inspired. 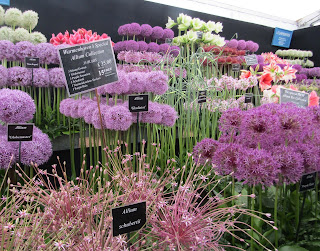 I do like an allium - here they are in serried ranks with no plant out of place. 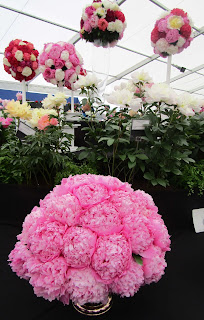 The peony balls looked so beautiful. 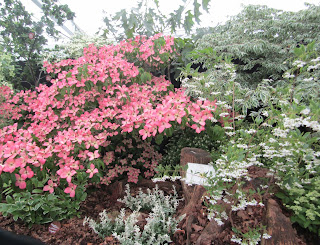 This display of woodland plants and trees stopped me in my tracks - it was the pink cornus in the centre which did it... 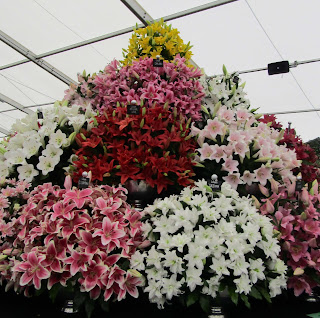 A pyramid of lilies and the scent was intoxicating. 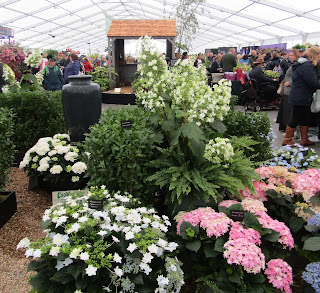 A stand of hydrangeas looking so elegant. 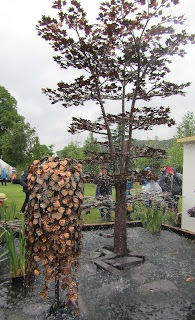 Outside, I was very taken by these copper tree water features. 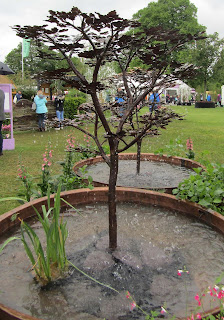 One day, perhaps I'll get one (but it would have to be a bonsai version!) 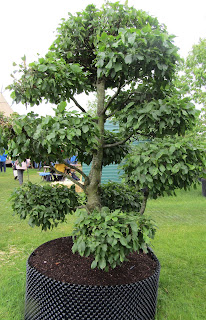 The exhibit 'The Power of Trees' was one of my favourite areas.  All the trees were in air pots and after the show, would either go back to the nursery or become part of the RHS Bridgewater Garden, their newest garden, currently being developed. 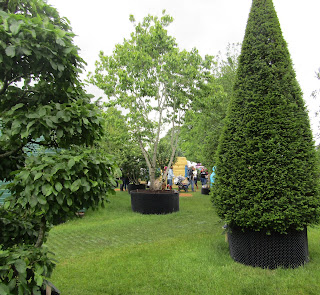 Inside the glade of trees were willow animals and birds and there was a great feeling of quiet and calm.  In fact, it was really noticeable that people were much quieter in here. 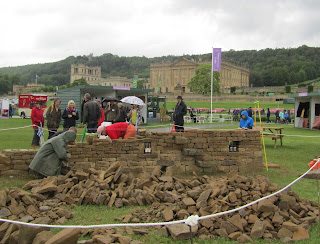 We also watched these craftspeople building a dry stone wall.  The precision in their work was incredible.  I liked the little niches they left and the steps they incorporated.
So, that's the photos from a lovely day out.  RHS Chatsworth seems to be improving every year and we're looking forward to the next one in 2020.
So, what did I buy? 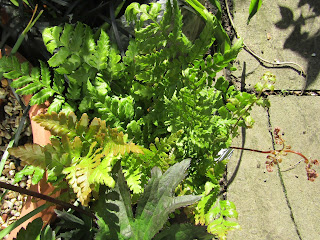 I managed to keep within budget and bought a Dryopteris Erythrosa (lovely hardy evergreen fern). 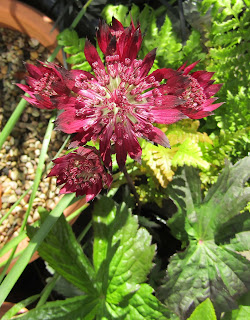 Another deep red astrantia, but one which has deep red stems too, called Burgundy Manor. 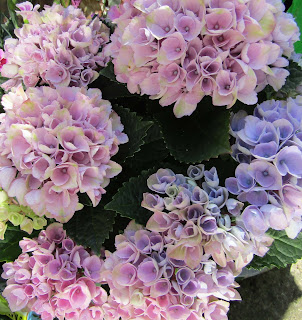 A lovely pinky/blue/lilac Magical Revolution Hydrangea.
Edited to add: I forgot to say that I also bought three Allium Globemaster bulbs too.

Originally, I had thought I would like some stained glass abstract flowers on stakes, but when I found the stall, they were just too expensive for me.  I noticed the metal sculpture stall early on, but didn't go back for the metal swirl until we were leaving and it was obviously meant to be because it was the last one!  I am thinking about the perfect place for it now.
Posted by Ellie Foster at 14:59