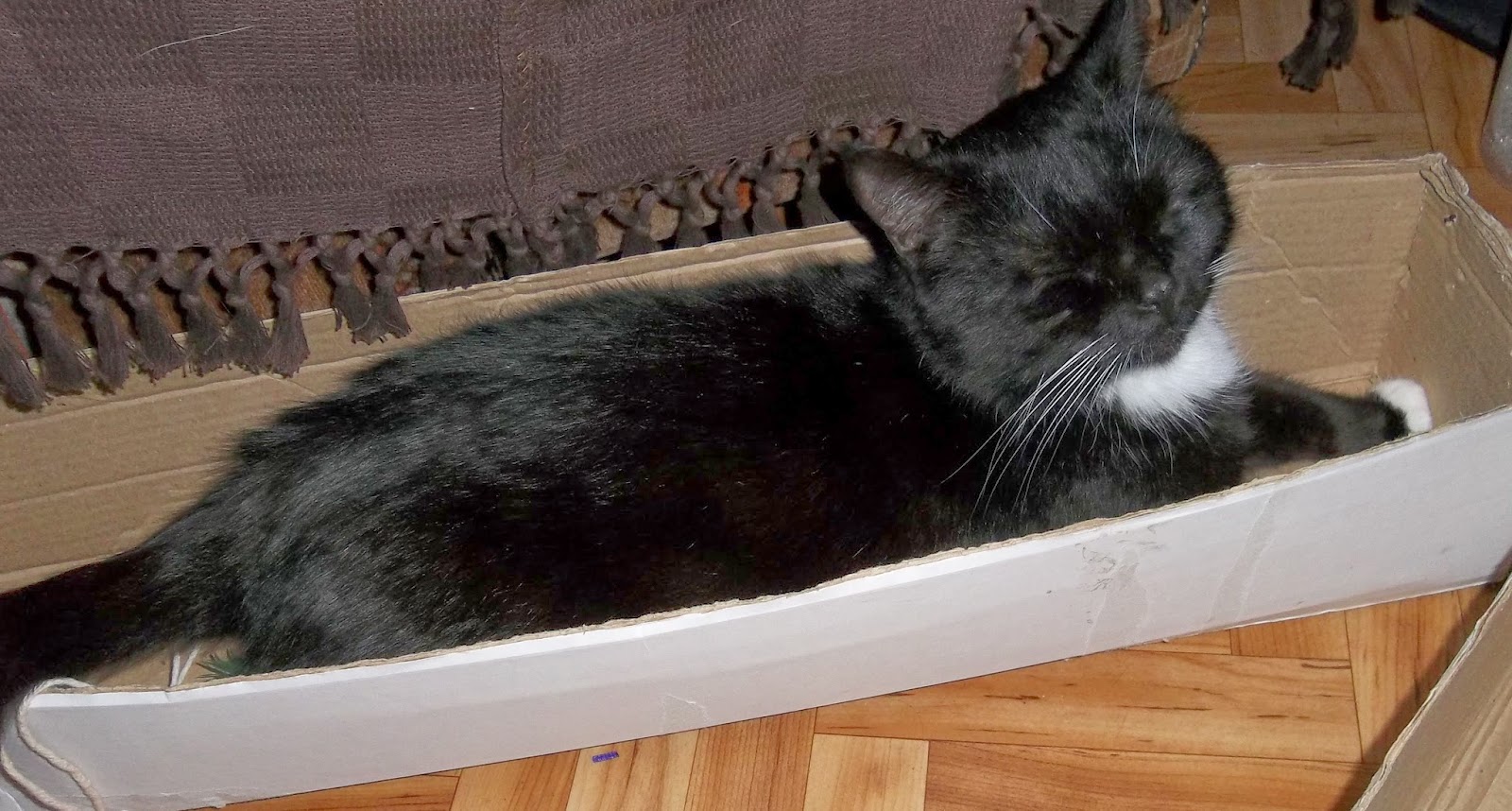 You may remember Scruffy, one of our cats - seen above, trying to squeeze into a box.  He is full of mischief and outdid himself yesterday morning playing a very good joke on me.  I decided to post about it today as it would have been a perfect April Fool.  Imagine the scene...I had got up and was just about to go to the bathroom when something caught my eye.  There on the floor was a dead creature - a mouse, or a shrew.  I peered at it in the dim light.  I wasn't sure I wanted to touch it, but knew I couldn't leave it there, so scooped it into the dustpan. 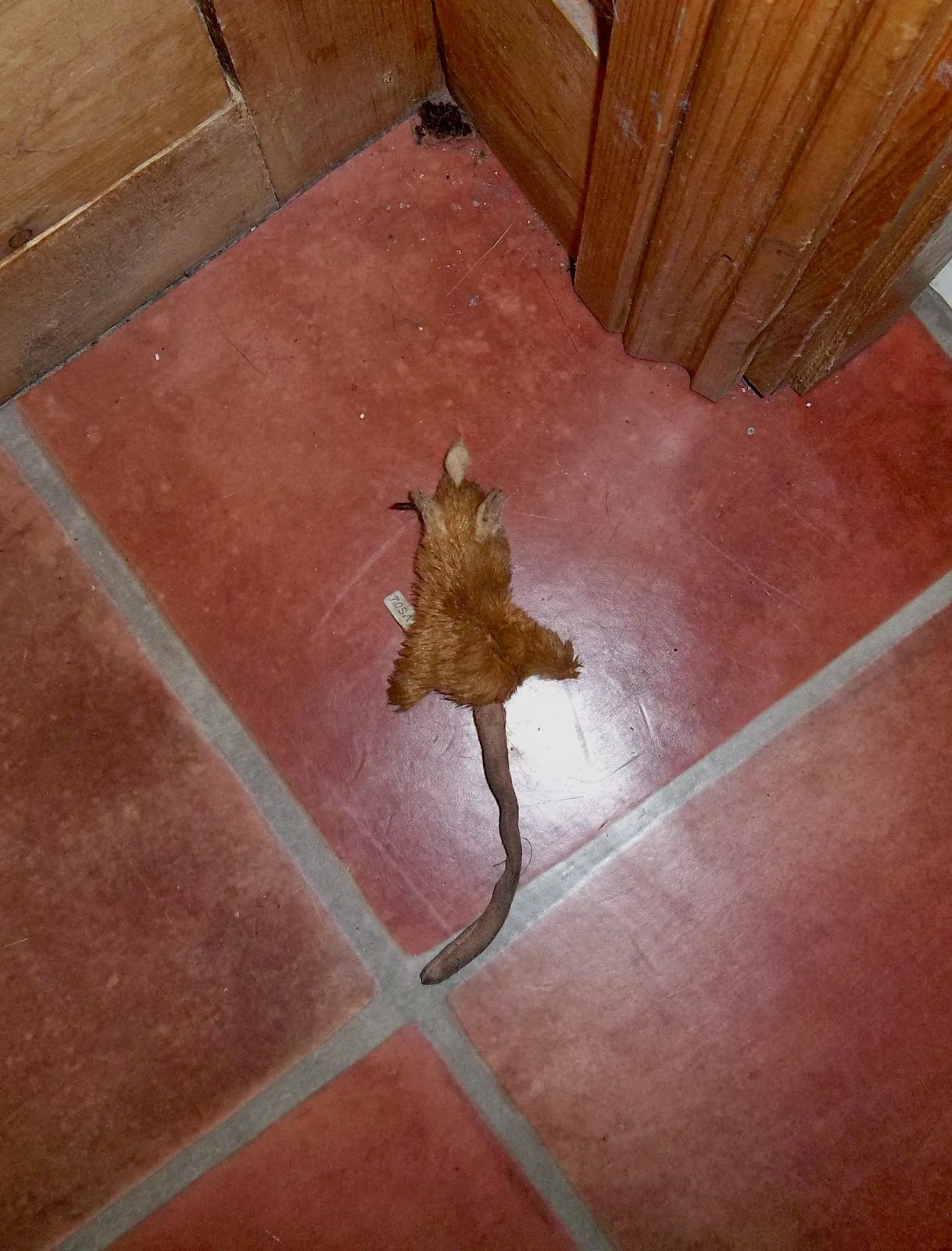 On looking more closely in the light, I realised it wasn't a real animal, it was a toy!  (I know this might seem obvious because you can see the tag in the photos and the flash has brightened it up too.) 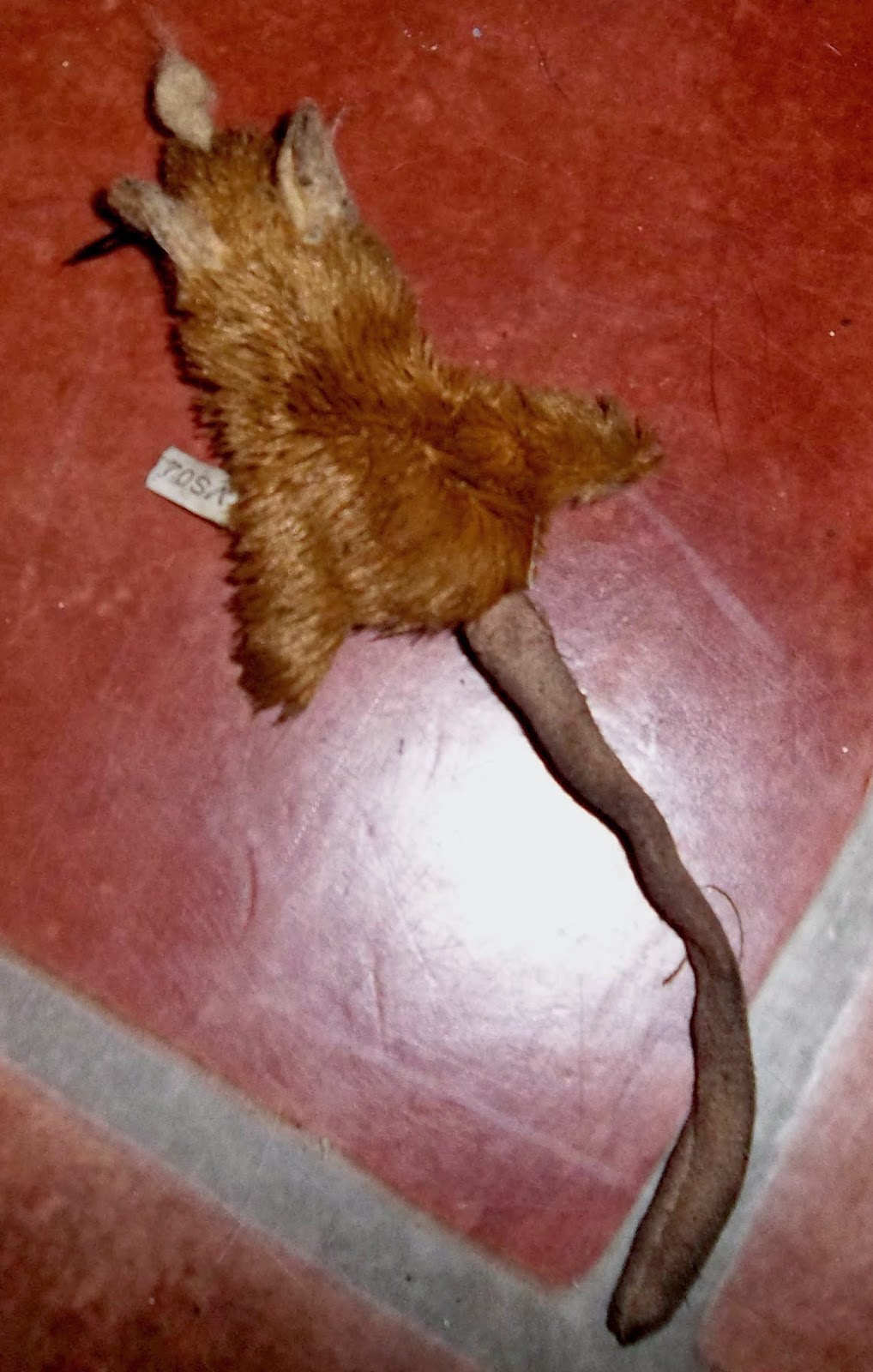 In my defence, I was still slightly drowsy and it was in a dim light.  However, now I'm wondering where on earth did he get it from?  Has some poor cat in the neighbourhood lost his precious favourite toy?  It has cat nip in it I think, because he was playing with it yesterday and could find it no matter where I put it.  It still makes me jump when I see it unexpectedly!  Good joke, Scruffy!
Posted by Ellie Foster at 16:25